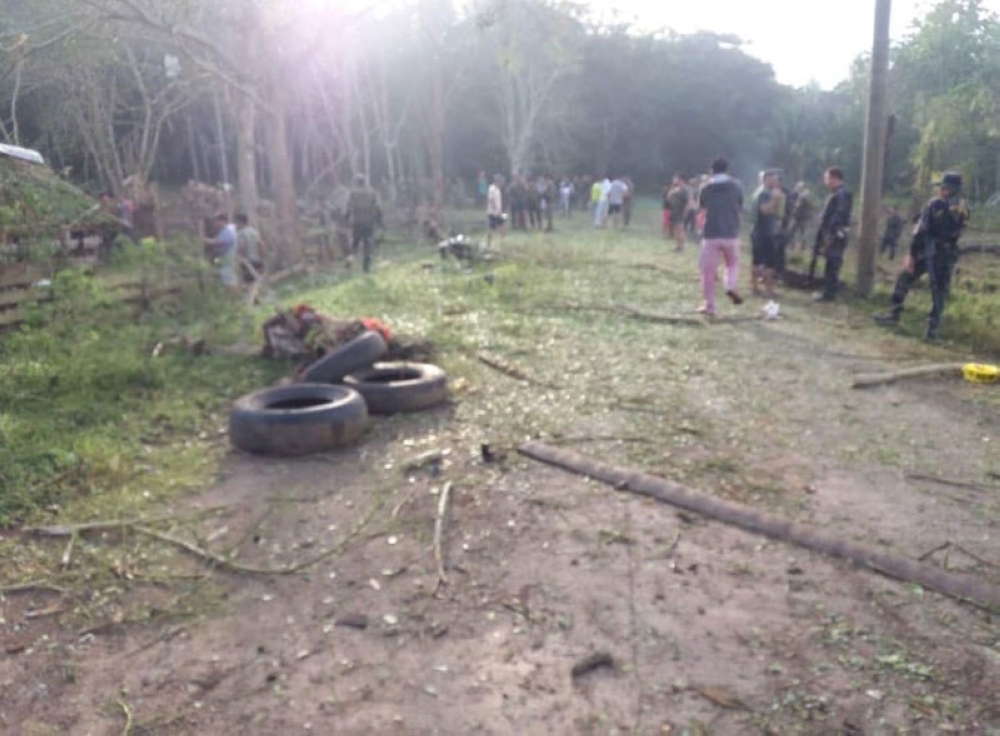 ZAMBOANGA CITY (Updated) -- Eleven people were killed, including a 10-year-old child and a soldier, in a car explosion blamed on the terrorist Abu Sayyaf Group on Tuesday morning, July 31, in Lamitan City, Basilan.

Armed Forces of the Philippines (AFP) spokesperson Colonel Edgard Arevalo said the driver of the van where an improvised explosive device (IED) went off was among those killed.

Authorities have yet to identify him, but they said he was a follower of Abu Sayyaf leader Furuji Indama based in Basilan.

Aside from the driver, soldier and child, Arevalo said other fatalities were five Citizens Armed Forces Geographical Unit (Cafgu) personnel and three other civilians.

Among the civilians was a woman who was a relative of one of the slain Cafgu personnel.

The explosion also wounded seven, including six scout rangers and one Cafgu personnel.

They were brought to the Camp Navarro General Hospital in Zamboanga City.

Arevalo said based on initial information they received, the troops stopped a white van at 5:50 a.m. Tuesday at the Magkawit Detachment, which is located in the tri-boundary of Bulanting, Colonia, and Maganda villages in Lamitan City, after receiving an intelligence report that a van carrying explosives was going to pass through the area.

While the troops were inspecting the van, which was headed toward Lamitan City, an IED inside the van exploded.

He also said the PNP will beef up intelligence monitoring and sharing of information with other units, as well as warn checkpoint personnel of lone occupants and foreign nationals in vehicles. (With Bong Garcia/SunStar Philippines)