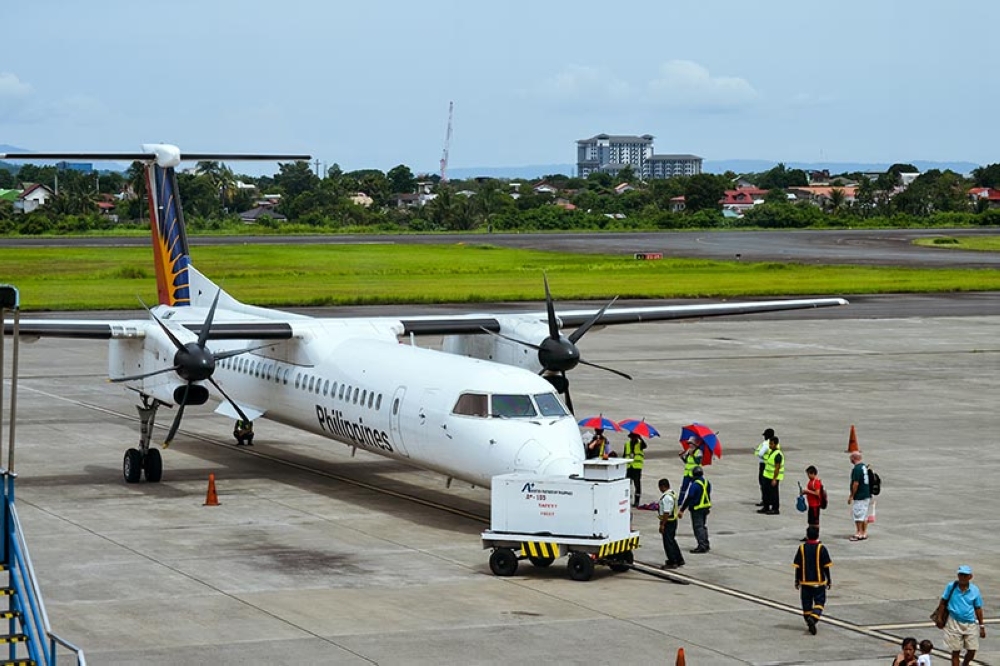 AN OFFICIAL of the Mindanao Development Authority (Minda) said PAL Express, a subsidiary of Philippine Airlines (PAL), is looking into the possibility of launching regional flights within the Brunei Darussalam-Indonesia-Malaysia-Philippines East Asean Growth Area.

He said this developed after the airline received new aircraft as part of its expansion efforts.

"PAL has been aggressive with their routes and they are factoring whether to serve short-haul Eaga routes," Monetegro said.

The flag-carrier recently received its new Bombardier Q400 that will allow it to serve regional routes. The airline has a firm order of 12 Bombardier Q400s.

Montenegro said the aircraft is viable to operate short haul flights. Both the Zamboanga-Kota Kinabalu and Davao City-Manado routes have a travel time of around one hour.

"What we are now looking at, based on studies, that this will be beyond the two-point connectivity. Gor instance if they were able to serve the Davao City-Manado route, the travellers are not necessarily ending only in Manado but use it for other destinations," he said.

Montenegro added that Kota Kinabalu also has direct flights to other nations and travellers may use the Zamboanga-Kota Kinabalu as an alternative route flying to another country.

"Instead of Manila, flying out from Zamboanga may bring you closer to your destination," he said.

Montenegro said the airline is also looking into operating a triangular route for the the BIMP-Eaga regional flights similar to how Silk Air operates its Singapore-Davao City route.

He said they are also working closely with customs, immigration, quarantine, and security agencies to make sure that the Zamboanga City Airport is ready once the route is finalized and launched.

Montenegro said Philippines, Indonesia, and Malaysia have created its respective task force for the development of these flights. He through this inter-country efforts, they were able to address some regulation challenges or issues.