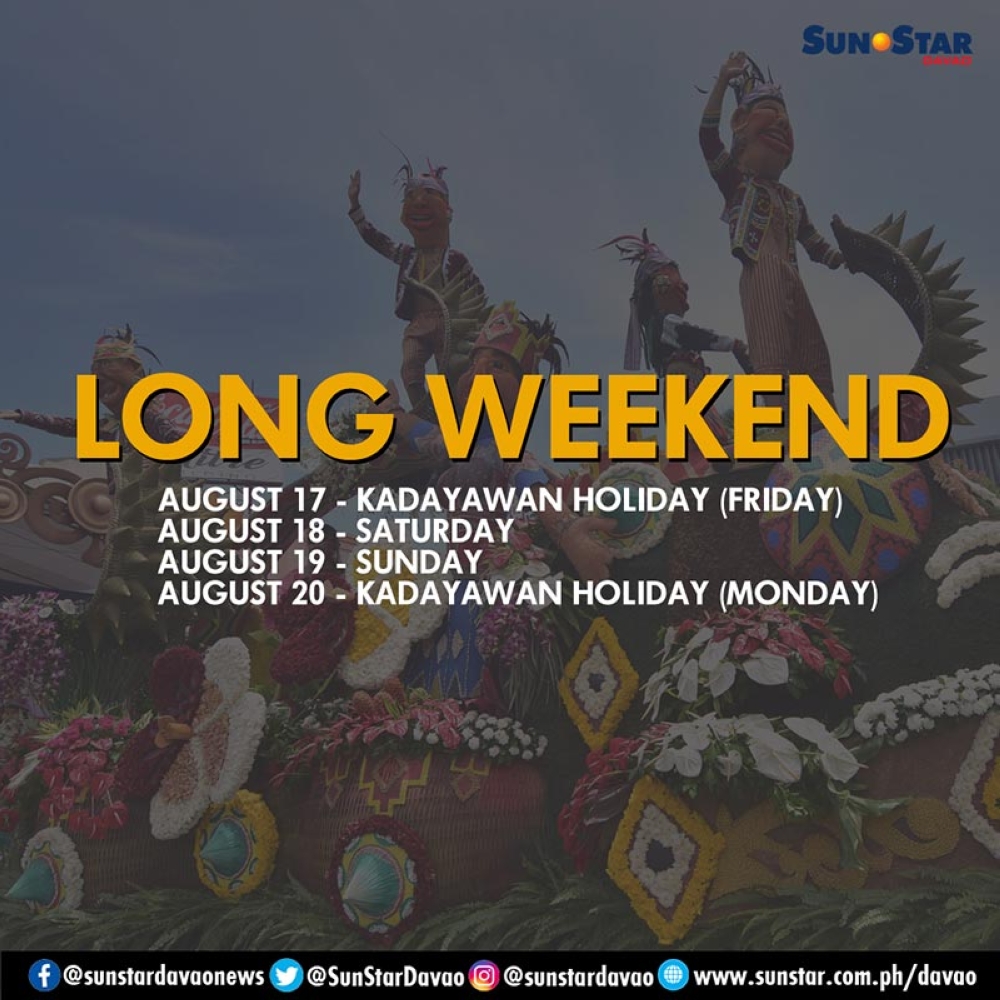 DABAWENYOS will get to enjoy a long weekend after the palace issued the official proclamation declaring August 17 and 20 as special non-working holidays to pave way for the celebration of the 33rd Kadayawan Festival 2018.

Malacañang approved on July 31, under Proclamation 551, declaring August 17 and August 20 as special non-working days in the city in celebration of the Indigenous People's Day and the Araw ng Pasasalamat, respectively, in relation to the Kadayawan Festival.

“It is but fitting and proper that the people of the City of Davao be given full opportunity to celebrate and participate in the occasion with appropriate ceremonies,” the proclamation stated.

Malacañang heeded the request of the Sangguniang Panlungsod in Davao City for these days to be declared as special non-working days to enable the people of the City of Davao to celebrate the occasion as signed by Executive Secretary Salvador Medialdea by authority of President Rodrigo Duterte.

With these holidays, the city officials urged Dabawenyos to troop downtown and celebrate the yearly festivity instead of going outside the city.