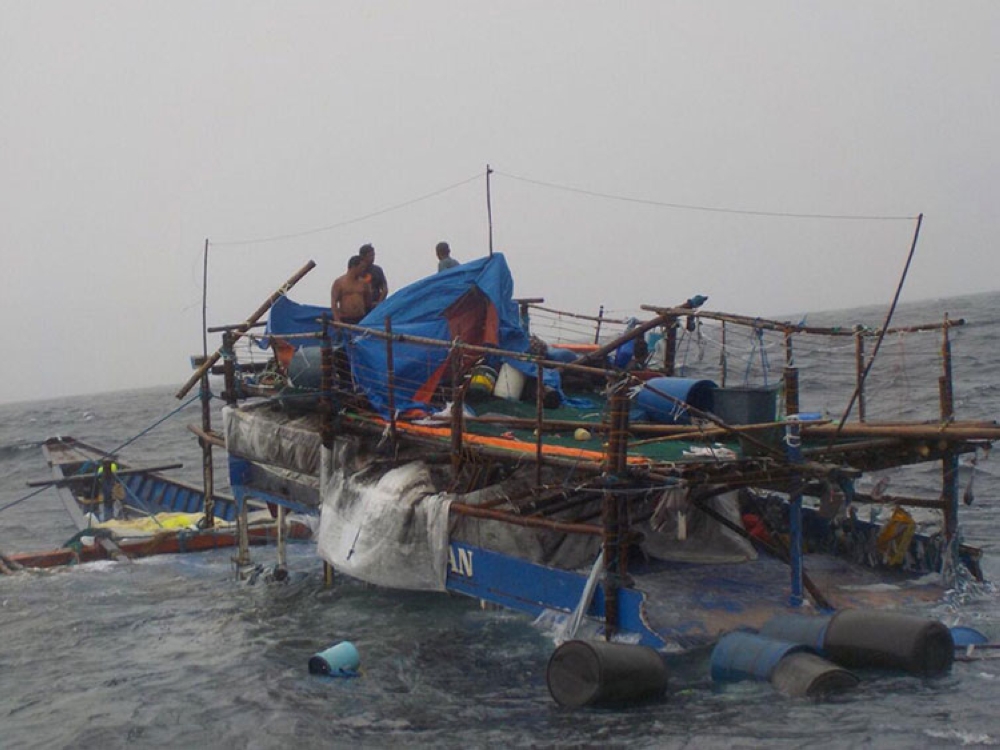 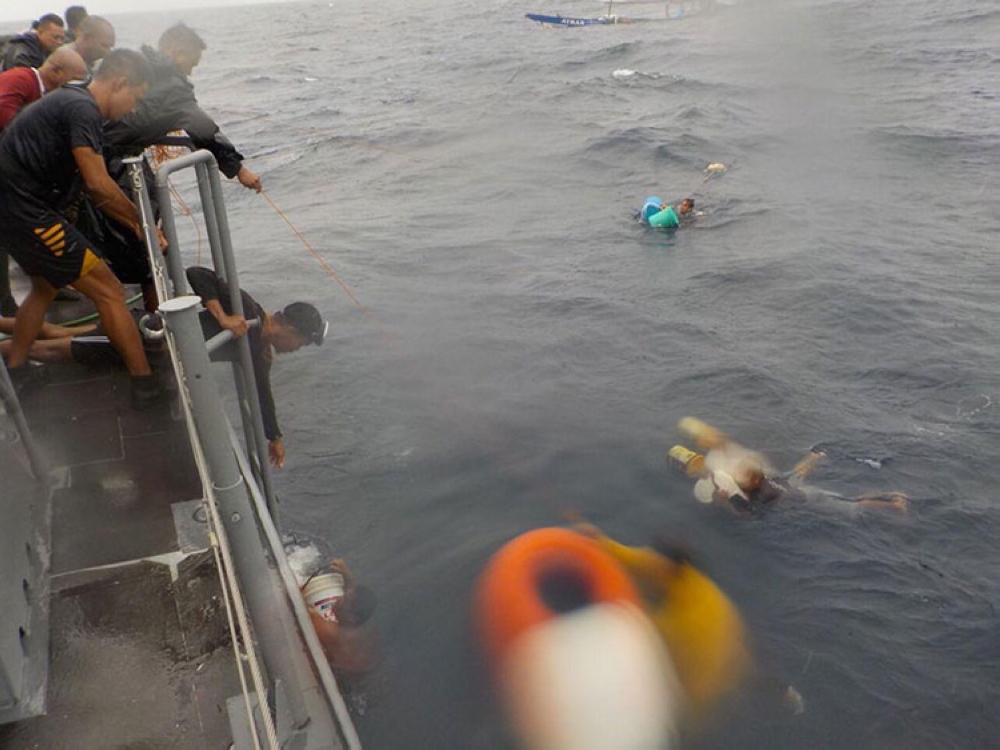 PALAWAN. Rescuers pulling to safety passengers of the boat that sank off El Nido, Palawan, on August 2, 2018. (Photo from Philippine Navy) 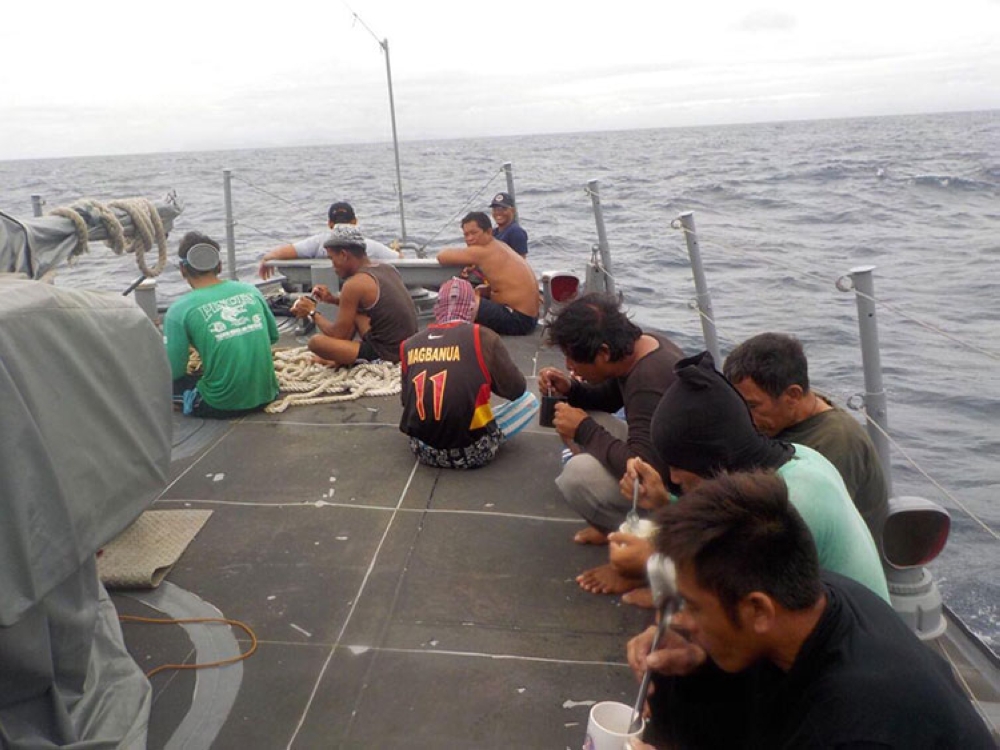 PALAWAN. The rescued fishermen were given food to eat. (Photo from Philippine Navy) 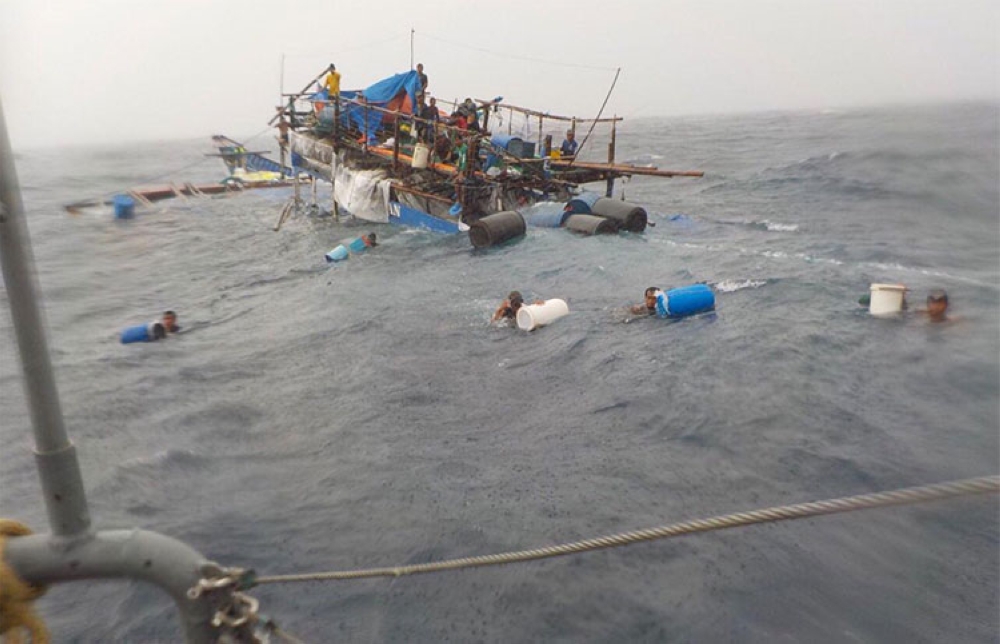 NAVY forces rescued on Thursday, August 2, 37 fishermen from a sinking boat in the waters of El Nido in Palawan.

Western Mindanao Command said the Joint Task Force Malampaya deployed Patrol Craft (PC) 380 after receiving information from the littoral monitoring situation about a distress call from the fishing boat Athan Uno in the waters of Palawan.

Around 10:20 a.m. Thursday, August 2, the navy ship sighted two motor bancas, the Athan Uno half-submerged in the waters and a smaller banca, which was trying to tow the ill-fated boat toward El Nido, Palawan.

The 28 crew of Athan Uno were transferred safely on board the PC 380, while the others boarded the Athan Dos, a sister fishing boat, which also came for a rescue.

No casualty or missing person was reported.

According to the rescued fishermen, they departed Occidental Mindoro on July 31 but their boat was battered by strong winds and big waves in the early morning of August 2, resulting in the mishap.

The rescued fishermen were turned over to the Local National Disaster Risk Reduction Management upon arrival at El Nido Pier around 9 p.m. (SunStar Philippines)