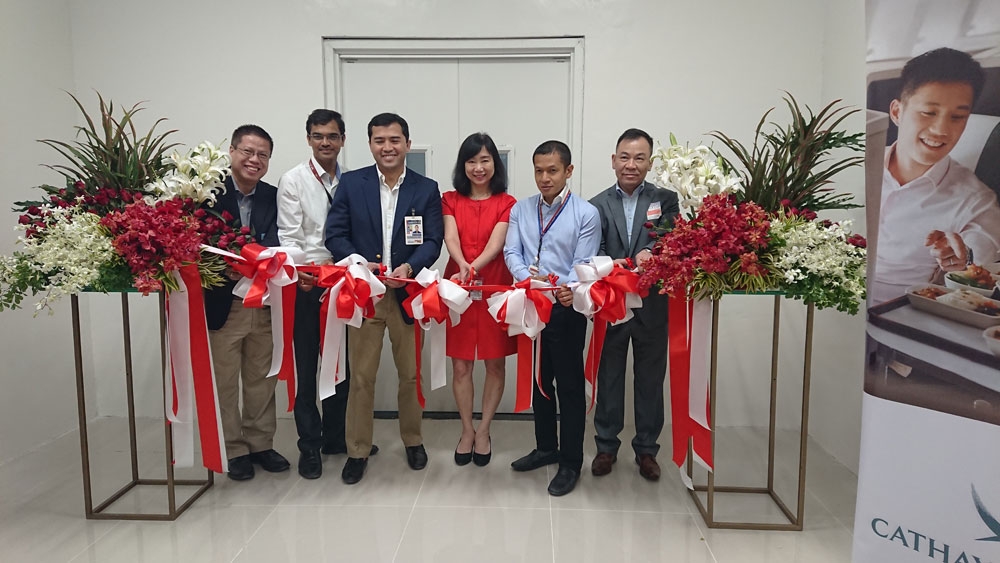 CATHAY Pacific set a milestone by being one of the two airlines that opened an office upon the operation of the new Terminal 2 at the Mactan Cebu International Airport.

Maggie Leung, Cathay Pacific general manager for Southeast Asia, said at the opening of the airport office last July 4, that having its presence at Terminal 2 "is very important for us because we are on our 25th year of operation in Cebu."

Cathay Pacific now has 12 flights a week between its base in Hong Kong and Cebu, indicating that "our frequency (here) is up by sevenfold," Leung said.

The robust tourism in Cebu, Department of Tourism 7 Director Shalimar Tamano said at the opening of the Cathay Pacific office at T2, can be owed to the "strong partnership" between DOT and airport officials who give premium for "safety and cleanliness."

The flag carrier of Hong Kong operates a fleet of wide-body aircraft such as Airbus 330, Airbus 350 and Boeing 777.

Rob Bradshaw, Cathay Pacific country manager for the Philippines, said in an interview that Cathay Pacific has been rolling out new long-haul aircraft but none of it is flying to Cebu.

It uses the Airbus 330 and Boeing 777 for flights between Hong Kong and Cebu, Bradshaw said.

"These are exciting times for the aviation industry. In the Philippines, we are always looking for opportunities to strengthen our presence here, making sure that we are the first choice of the customers and making sure that we have the best products seat-wise, inflight entertainment, food proposition, on the ground with lounges and increasing self-service options," Bradshaw said.

In response to the pricing challenge posed by low-cost carriers, Bradshaw said low prices "can be misleading once you add the rest of the bits of the journey."

Cathay Pacific does not compete with prices but instead offers "value for money," Leung said. "The key is keeping our customers happy."

Business and luxury travellers would be willing to pay more for a ticket that assures them that they leave on time and avail themselves of better services.

"Cathay Pacific is a full-service carrier. We put the customer in the heart of everything," Bradshaw said.

"Our network will be bigger," Leung said.

The other airline that opened an office at T2 together with Cathay Pacific is Cebu Pacific. MPS