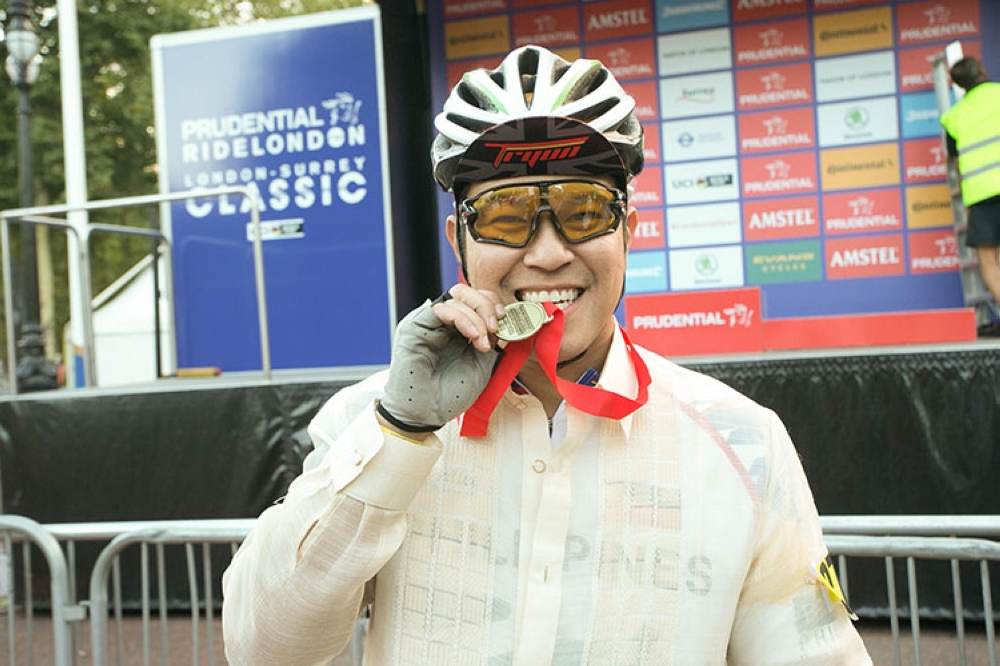 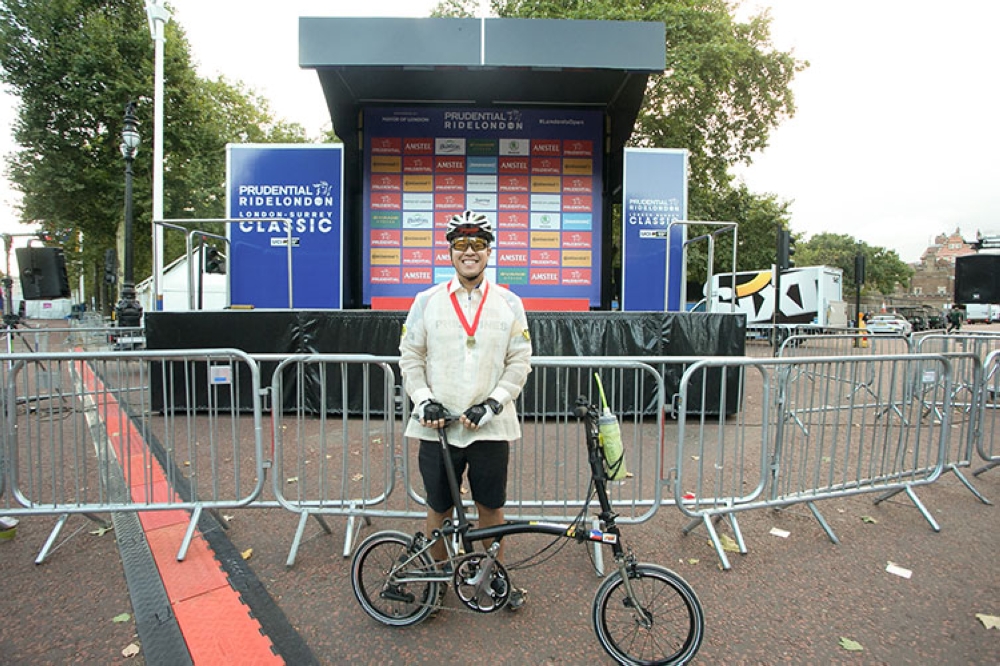 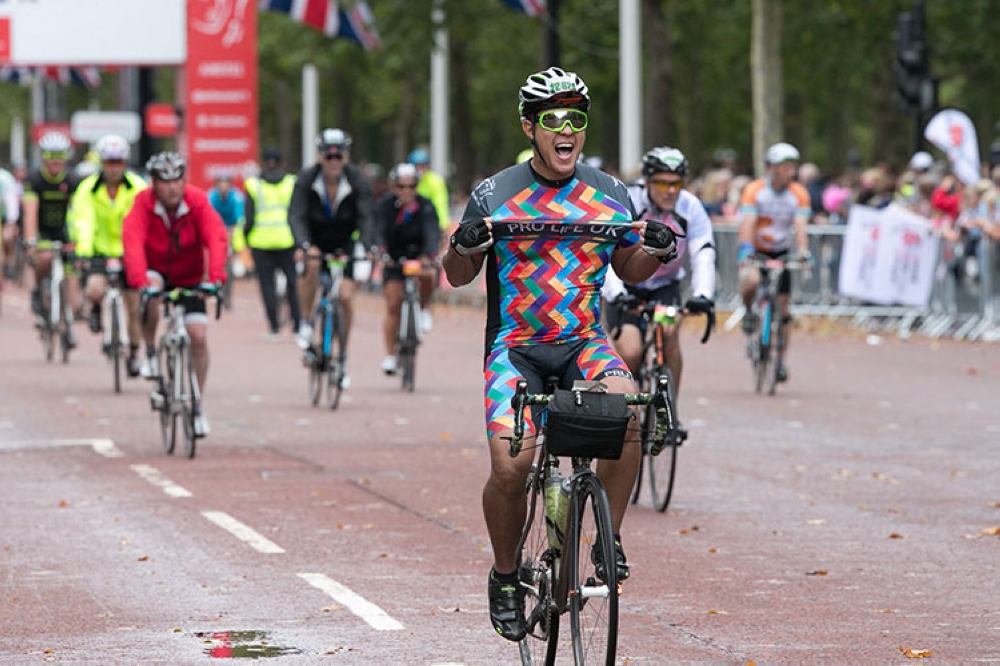 Donning a traditional Barong Tagalog as his official cycling attire, Minagawa cycled a 1.3-mile circuit around the world-famous St. James’ Park in the capital.

Minagawa joined more than 500 smartly-dressed cyclists from around the world who went through a Le Mans-style dash to unfold their bikes before they set off on an eight lap circuit.

This is the fourth time that the Brompton World Championships was featured in Prudential RideLondon, dubbed as the world’s greatest festival of cycling. Cyclists dressed unconventionally, wearing tuxedos, pants, and unconventional footwear -- no Lycra or the choice fabric used in cycling uniforms is allowed in the category.

Minagawa represented the Pru Life UK in Prudential RideLondon 2018 after winning the Brompton Philippine Championships in PRUride PH 2018 in January at McKinley West in Taguig City.

He also completed the Prudential RideLondon-Surrey 100, a day after the Brompton championship.