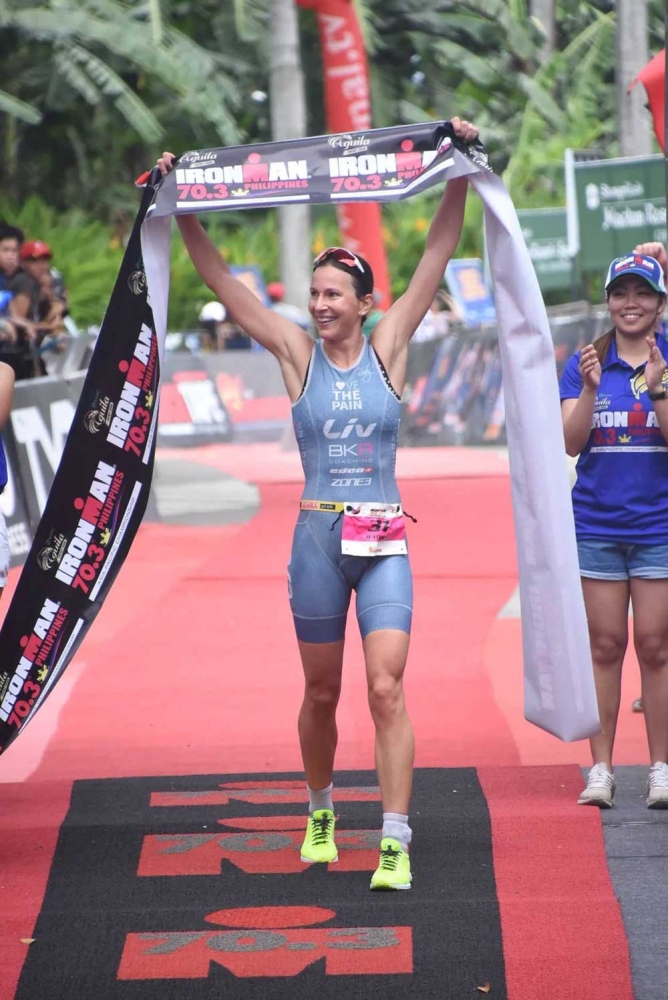 FINAL PUSH. Radka Kahlefeldt was second after the swim and bike legs but blew past her rivals in the run segment, finishing with an impressive eight-minute lead over the rest. (SunStar foto/(Ruel Rosello) 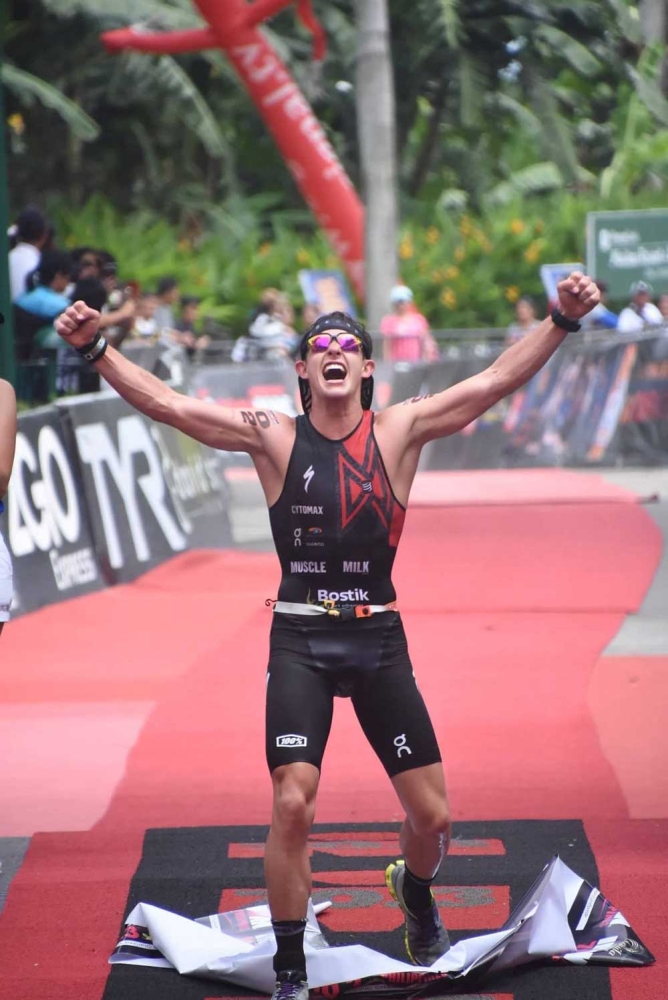 LEADERS. Mauricio Mendez completed the three-loop bike segment in 2:03:55 to stay with the lead back going to the final run segment. (SunStar foto/Arni Aclao) 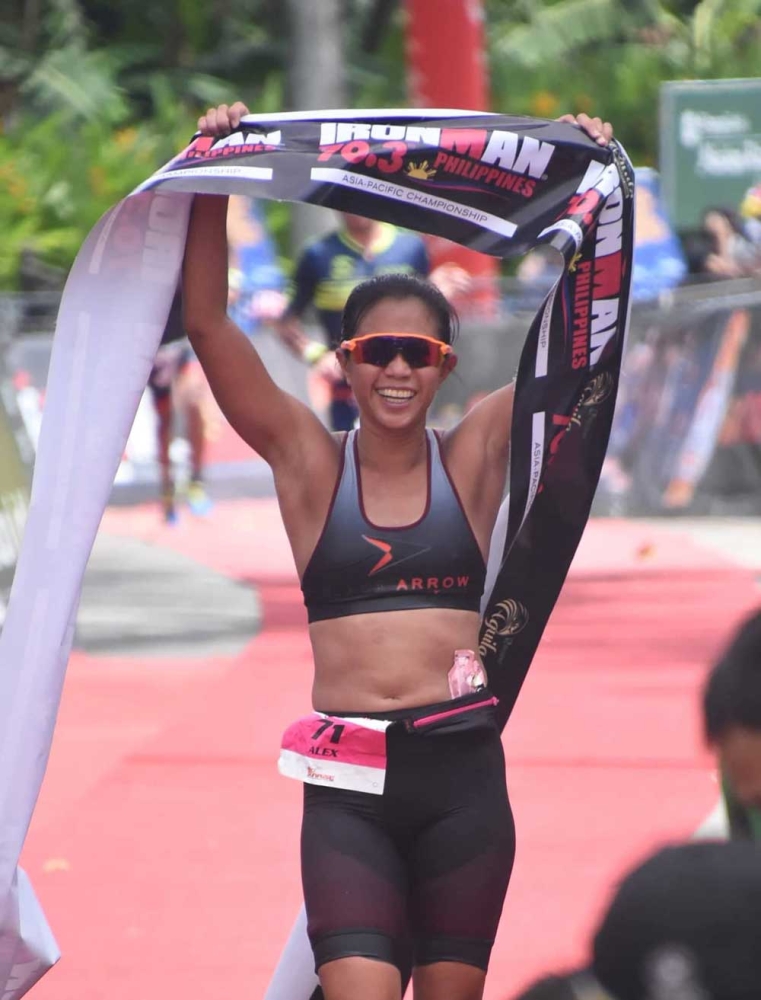 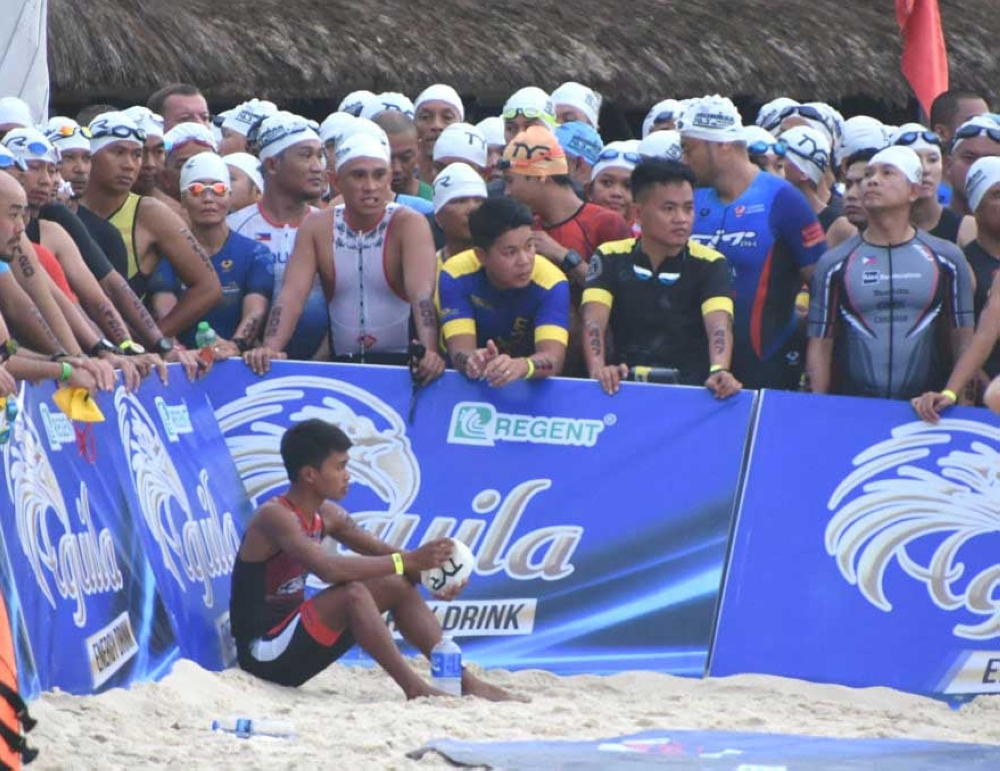 WAITING PERIOD. Participants wait for their gun start in the swimming portion of the race. (SunStar Foto/Ruel Rosello)

MAURICIO Mendez and Radka Kahlefeldt extended their dominance with another superb performance in perfect weather in Cebu to win the men’s and women’s pro titles in the Regent Aguila Ironman 70.3 Asia-Pacific Championships yesterday.

Mendez and Kahlefeldt ruled the Ironman 70.3 Davao last March and continued on their winning ways in Cebu’s race that started and ended in the Shangri-La Mactan Resort and Spa in Lapu-Lapu City.

A former Xterra World Champion, Mendez breasted the tape in 3 hours, 46 minutes and 45 seconds to win the men’s crown and improved on his second-place finish in Cebu last year.

“If I would rate this race, this is among the top three races of my life. I don’t know how to describe how happy I am,” said the 22-year-old Mendez, the winner of the 2016 Xterra World Championships.

Mendez came out of the water in 25:16 and was second among the male pros behind Kevin Collington. The former completed the bike segment in 2:03:55 and was part of the seven-man lead pack with Tyler Butterfield, Braden Currie, Casey Munro, Luke Mckenzie, Mike Philips and Tim Reed.

“When we started the run, we were seven athletes there. On the first 2K of the run I was trying to get my rhythm. It was a good weather today and it helped me that there wasn’t much sun. But it was basically the same for everyone,” said Mendez, who capped off the race with a 1:13:38 run.

Butterfield finished second in the men’s ranking with a time of 3:47:38. Currie of New Zealand came in at 3:48:13 for third place. Reed, the three-time defending champion, failed to make it fourth in a row and finished in fourth place in 3:52:51.

Kahlefeldt, on the other hand, ruled the women’s pro race after completing the 1.9-kilometer swim, 90K bike and 21K run race in 4:12:13 in what she called the best race of her career.

Kahlefeldt of the Czech Republic finished the swim in 27:56 and trailed Lauren Brandon, Manami Iijima of Guam. She was positioned in second place behind leader Lauren Brandon after clocking 2:18 in the bike.

Kahlefeldt stole the lead in the run segment as she clocked 1:21:57 to finish with an eight-minute edge over the closest pursuers.

Former champion Caroline Steffen (4:21:46) was upgraded to second place after Lauren Goss (4:20:12) was disqualified for a blocking violation. Goss was supposed to serve a penalty for her violation in the first lap of the bike but she did not stop at the penalty tent, thus the disqualification.

“I think it’s a great result. A championship title and in such strong field it’s even better. I had a great season this year, I love racing. I did not expect to win in this very strong field. I just tried to do my best,” said the newly-crowned pro champion.

“It’s amazing to finish and win, and to finish with a happy baby and happy husband at the finish line,” said Kahlefeldt, who gave birth to her daughter Ruby last January.

The 2018 Ironman 70.3 Asia-Pacific Championship was joined by about 2,500 participants from 50 countries.