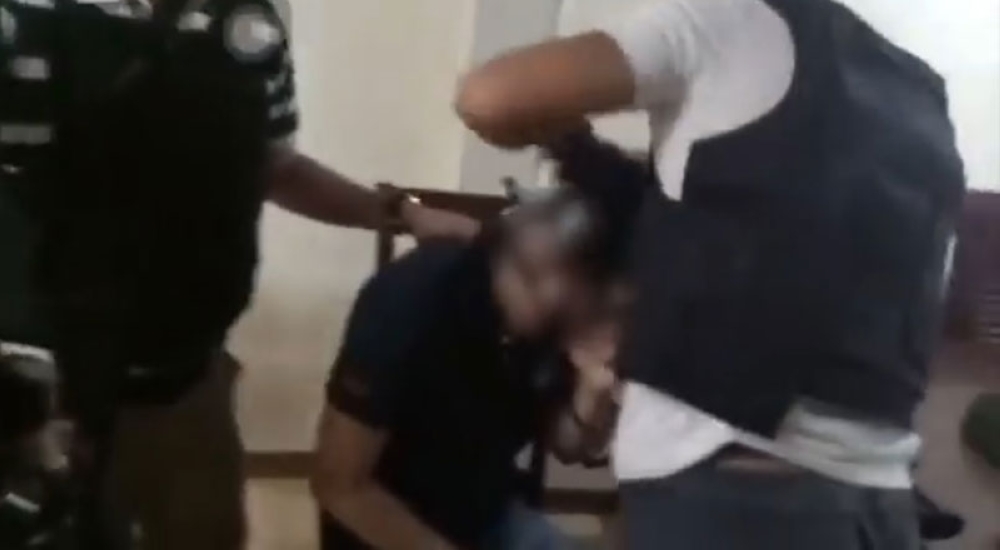 (UPDATED) - Anti-kidnapping operatives rescued on Friday, August 3, a student of Colegio de San Juan de Letran (CSJL) who was abducted by a group of students.

AKG director Chief Superintendent Glen Dumlao said the 19-year-old victim, who refused to be identified, was abducted by at least six suspects along with his classmate Jhulius Atabay while they were waiting for a ride home in Lawton, Manila around 9:30 p.m. of August 1.

Dumlao said the suspects freed Atabay several hours later. It was Atabay who relayed to the victim's family the suspects' demand for a P30-million ransom.

Dumlao said, however, Atabay turned out to be the mastermind of the kidnapping.

His confession during interrogation on August 2 led to the rescue of the victim and the arrest of the suspects, who are all facing charges of kidnap for ransom.

Aside from Atabay, those arrested were Ferdinand dela Vega Jr., and Ralph Emmanuel Camaya, both Letran students, and Justine Mahipus, a student of the College of the Saint Benilde.

Other suspects who are at large are Eriek Candava, Billy Rocillo, Miguel Austria, and Kim Pascua, all studying at Letran.

Also allegedly involved in the crime were Gabriel Rabi, a student of the Far Eastern University, and Arvi Velasquez, a student pilot.

WATCH: Actual rescue of a student of Colegio de San Juan de Letran, Intramuros who was abducted by fellow students in Manila on August 1 (video courtesy of PNP-Anti-kidnapping group)

Dumlao said the victim's family sought assistance from the police after receiving the ransom demand.

The police focused their investigation on Atabay after they noticed that the suspects negotiated only through Atabay.

(The AKG suspected Jhulius because he refused to turn over his phone. The kidnappers were negotiating only through Atabay, which was unusual. So the investigation focused on Atabay.)

(Atabay eventually admitted that he knew where the victim was.)

The victim was rescued on Nava Street, Barangay 132, District 1, Balut in Tondo, Manila on August 3.

The suspects who have been arrested pointed to Atabay as the brains of the kidnapping and that he promised to “pay” them P40,000 to P4 million depending on their participation.

(Atabay wanted to make some money. He wanted to have a seven-digit bank account.)

LOOK: Suspects in the abduction of the 19-year-old Letran student who was rescued by the police on August 3. They were...

Colegio de San Juan de Letran has issued an official statement saying it remains "committed to the just resolution of the case." The school also vowed to cooperate with the police, extend appropriate help to the family of the alleged kidnap victim, protect and promote the welfare of its students.

The statement was signed by Jhennie Caldito-Villar, director of the Office of Alumni and Public Affairs, and posted on social media by The Lance, the school's official student publication. (SunStar Philippines)
< Previous PageNext Page >