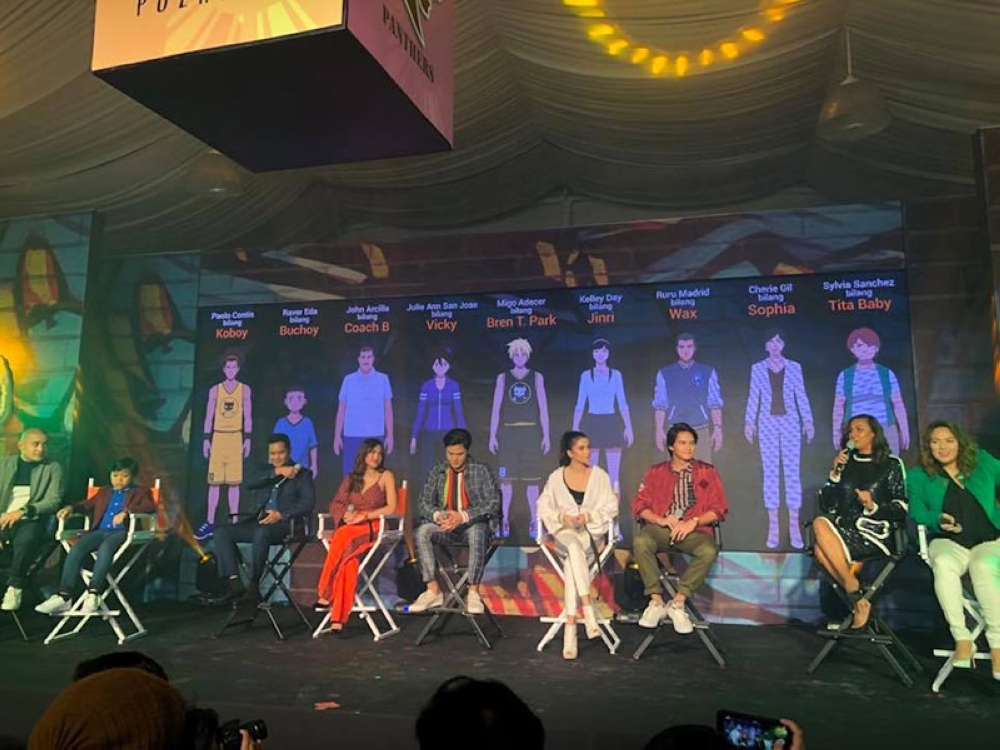 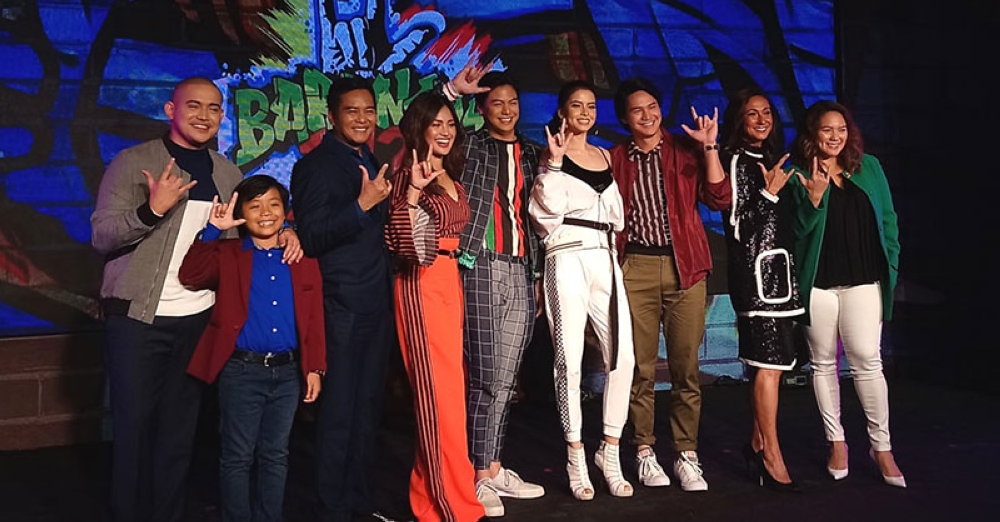 MANILA. The stars who will lend their voices to the anime characters. (Hannah Victoria Wabe)

THERE’S a new barangay in town that was recently inaugurated in a grand press launch. The newest buzz word is Barangay 143—the first ever Japanese-Filipino anime airing on GMA-7, produced by Asahi TV, Synergy88, and August Media Holdings.

This anime is about a high school basketball team in Manila, the Puzakals; and it will deal with themes like love, pride, crime, and, of course, basketball.

Set against the backdrop of gritty Tondo, the story centers on a young Korean boy named Bren, who searches for his father in the Philippines. In this feel good, coming of age anime, he gets to meet a group of young cagers who plan to bring fame and glory to their hometown through street basketball.

The series also features original music from top Filipino singers and musicians. On top of that, the show is painstakingly designed and produced in Manila with the help of an international crew from across Japan, South Korea, USA, Malaysia and Singapore.

Asahi TV cooked up the cast of zany barangay characters, and they will also handle its direction. Synergy88, a Philippine animation studio which is also a game developer, writes the script and leads the production of the series. The Singaporean firm, August Media Holdings is one of the co-producers of the anime series. The show will be seen in Manila in Tagalog and with Filipino stars doing the voice acting for the characters.

The Pinoy actors who voiced the characters are Migo Adecer as Bren Park, Ruru Madrid as Wax, Kelley Day as Jinri, Julie Anne San Jose as Vicky, Paolo Contis as Koboy, Cherie Gil as Sophia, child actor Raver Eda as Buchoy, John Arcilla as Coach B, and Sylvia Sanchez as Tita Baby. They all noted doing that the show is a new experience.

Cherie Gil said, “This is voice acting and I haven’t really done that before. First time ko and it’s basically just talking to yourself kasi wala ka namang kasama sa studio while you’re voicing out your lines. But I welcome the challenge and I’m beginning to enjoy and love it.”

Ruru said he auditioned for his role and he’s glad to be part the voice cast, “I’m a big fan of anime and when I read the script pa lang of this show, napaiyak ako in one scene. Ganun siya kaganda and it teaches good values about family, friendship, and being a good sport, so abangan nyo when it starts airing on GMA-7.”

Barangay 143 is primarily targeted towards the youth/young-adult market of the Philippines and will start airing in September. The bigger plan is to release it in other Southeast Asian countries, and hopefully, the rest of the world. Aside from Tagalog, Barangay 143 will also have an English-language release.

A mobile game entitled Barangay 143 Street League was already released through iTunes and Google Play Store as a prequel to the TV show. The game revolves around a teenager, son of a former star player, who is eager to prove that he is a player on his own right and undergoes training under the four basketball masters of Barangay 143. Noteworthy, the game was nominated in the People’s Choice Award category of the International Mobile Gaming Awards for Southeast Asia.

Mr. Saha of August Media holdings said, “The Philippines has a vibrant TV and film industry with a rich culture of storytelling. Right from the start, we were determined to develop the show right here so that it captures the essence of life in Manila. I am immensely proud of what we have finally created in Barangay 143.”

For more information on this trendsetting anime show, visit the “Barangay 143” official website and Facebook page. Makers of “Barangay 143” say they are committed to develop the property further and are already contemplating developing more content surrounding Barangay 143 the brand.