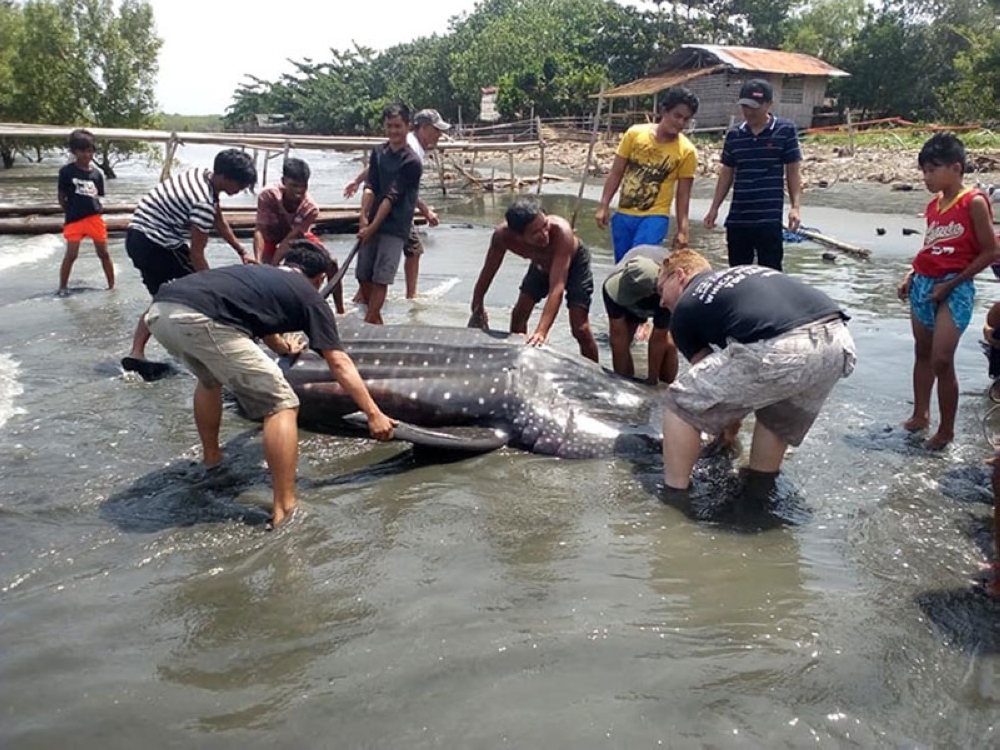 THE necropsy examination on a dead whale shark that washed ashore on Tuesday, August 7, at a coastal area in Tagum City, Davao del Norte, showed that it died due to the toxic waste in its stomach.

Darrell Blatchley, bone collector and owner of D' Bone Museum in Davao City, told Sun.Star Davao on Wednesday, August 8, that the necropsy investigation revealed that there were several foreign objects stuck inside the stomach and gills of the whale shark including Jelly wrappers in the gills and plastic cups and two Ziploc sandwich bags.

“Gills are part of the respiratory system of fishes. So plastic cups lodged in these organs could have negative effects on these organisms,” Blatchley said.

He said the necropsy examination was conducted with a fellow science researcher.

Blatchley said whale sharks live in the ocean but they travel everywhere and the Davao Gulf has become a home and migration path for so many species. Because of their characteristics, they also became susceptible to the adverse impact of the malpractices of the people.

They will have the whale deboned and put it up for display in his museum.