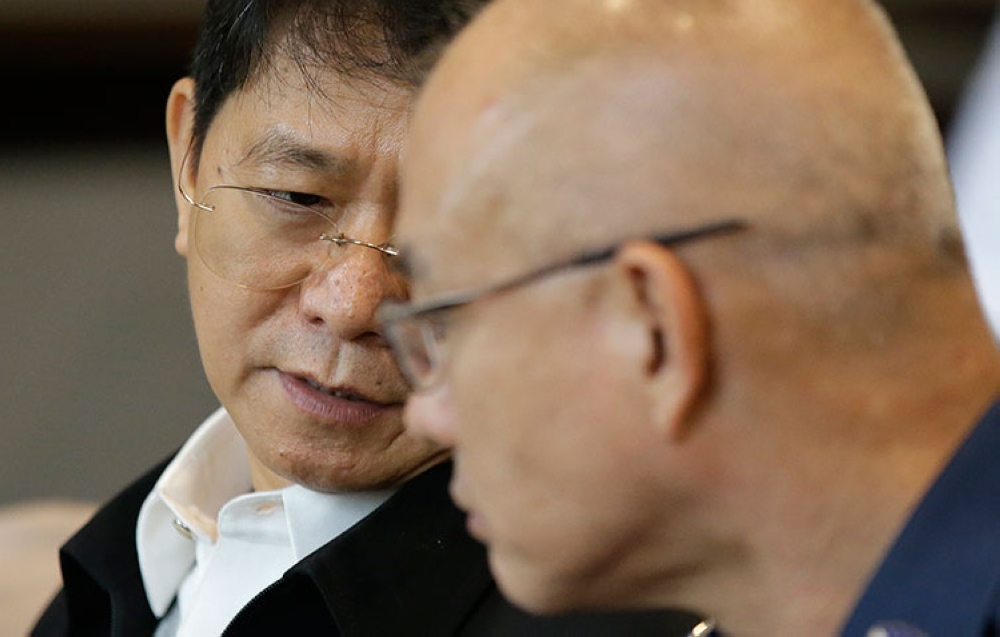 MANILA (Updated) -- Defense Secretary Delfin Lorenzana said the driver of the van responsible for the explosion of an improvised explosive device (IED) last week in Lamitan, Basilan, was a Moroccan national linked to the Abu Sayyaf Group.

He said intelligence officers were able to obtain a photo of the suspect when he was in Sulu. The photo matched with the descriptions provided by authorities and witnesses in Lamitan: tall, fair looking, has a curly hair and could not speak the local language.

On July 31, 10 people were killed, including the suspect, while seven others were wounded when the IED placed inside the van exploded while military personnel were inspecting the vehicle in Barangay Colonia, Lamitan City.

The explosion also tore a crater on the road and damaged the militia outpost in Lamitan in one of the worst terror attacks in the country this year.

Lorenzana insisted that the suspect was a member of the Abu Sayyaf, not of the Islamic State of Iraq and Syria (ISIS), which earlier claimed responsibility for the blast.

The ISIS said it sent the “suicide bomber” to Mindanao for the said attack.

Interior Undersecretary Eduardo Año said there is no conclusive evidence that the ISIS group plotted it. The extremist group, however, could benefit by claiming responsibility to project strength and gain new recruits, he added.

Lorenzana said that based on intelligence reports, the suspect was based in Sulu but transferred to Basilan.

He said the suspect was trying to convince other Abu Sayyaf members to conduct a suicide mission “as a revenge” for his "daughters."

Lorenzana said the real target of the bombing could have been the 4,000 children who are set to attend an event to promote nutrition at the Lamitan City plaza on that day. The plaza was near the scene of the bombing outside an army militia outpost.

The suspected terrorist asked villagers to push his white van after it stalled but they became suspicious after seeing unusual wires protruding from plastic gallon tanks in the vehicle, Año said.

Government forces had been alerted in Basilan prior to the bombing because of intelligence reports that terrorists, including Indonesians, would try to carry out bombings, Año said.

Officials have praised the military and militia personnel who perished or were wounded in the blast as heroes, saying the attack could have inflicted a much larger toll.

Regional military commander Lieutenant General Arnel Dela Vega said the security personnel who died "may not have seen the end of war but their gallantry will remain in our hearts forever."

The bombing renewed terrorism fears but metropolitan Manila police Chief Superintendent Guillermo Lorenzo Eleazar said it would be difficult for the terrorists to carry out such attacks in the capital and other urban centers due to the heavy presence of law enforcers.

The Philippine government condemned the attack, calling it a "war crime."

The country's south remains under martial law, which President Rodrigo Duterte declared last year to deal with a five-month siege by Islamic State group-linked terrorists of southern Marawi City. The disastrous siege left more than 1,200 people dead, mostly terrorists, displaced hundreds of thousands of villagers and sparked fears that the Islamic State group was gaining a foothold in Southeast Asia amid battle defeats in Syria and Iraq. (With AP)