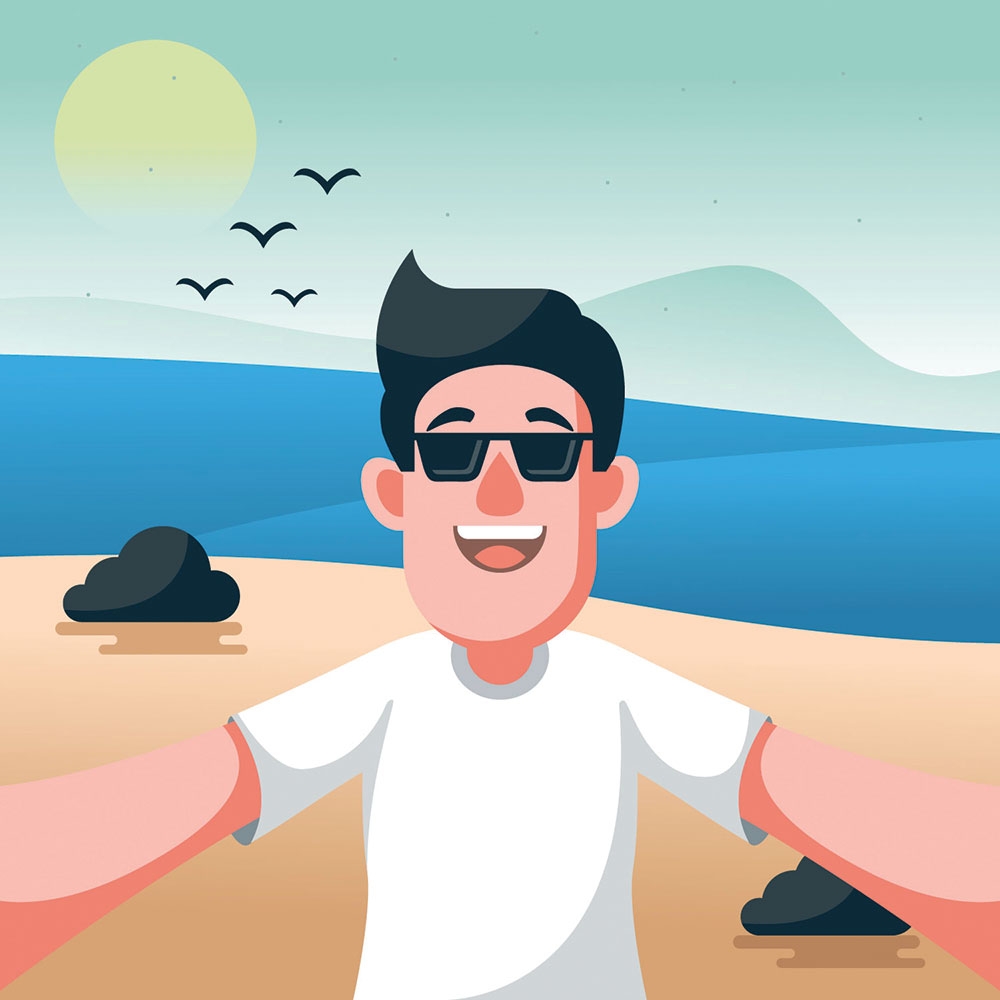 DON’T judge a book by its cover, they say, but when it comes to Tinder, it’s hard not to as it’s all you’re ever getting. The most common and convenient dating app allows you up to six photos on your profile, 500 characters to draft the perfect bio, and links to your Instagram and Spotify accounts (because these are supposed to say a lot about you?). In a virtual sea of strangers a.k.a. possible matches, here are the ones you’re bound to run into and the more you swipe left or right, the more chances you have of coming across a new breed.

Okay, so he does not exactly fish for a living; it’s more of a hobby (it must be if all his photos are of him on a boat holding up the day’s catch!). Sure you’ll never go hungry with this one (“Teach a man to fish and you’ll feed him for a lifetime”) but remember, the bigger his catch does not necessarily mean the greater a catch he is.

Most men are averse to having their picture taken; that is understandable. So this guy posts nothing but group photos! You have to keep guessing which one of the six (or more) he is and just when you think you’ve figured it out, he’s not in the last photo. Nope, guess again.

His photos are of him with either a baby or a hot girl (or both). On his bio you will read, “That’s my niece in the photo!” or “The girl in the third pic is a close friend” or anything along those lines. Maybe those are true, maybe he’s married with a kid (que horror!). Go with your gut and if he ends up being the latter, you can always unmatch.

These are the guys who think they can win women over with their flashy cars. Every photo shows him flaunting a different brand, making you question if those are really his or he’s just a gearhead trying to prove a point. Now if only Mr. Transformer can take a cue from Mr. Full of Disclaimers and actually tell us what’s up.

He’s easy to spot. Facial hair (and I mean a full-on beard), flannel or denim shirts, grainy filters, elements of wood and nature, an instrument, a photo in a locally owned coffee shop--some of them have all these in one photo. Yep, unmistakably hipster.

This globe-trotting guy has been everywhere and has the photos to show for it (petting tigers in Thailand, diving in Palau, hiking Machu Picchu). As if that’s not enough, his bio starts and ends with flag emojis of the countries he’s visited. And oh, he happens to be “in town just for the weekend.”

He has a demigod bod and is proud of it (too proud at times). He’s always shirtless and either flexing those muscles he’s worked so hard for (you’ll know because he doesn’t fail to mention this in his bio) or in mid squat at his local crossfit. A motivational quote and his stats are an added bonus.

Mr. Old Enough to be your Daddy

And I don’t mean the kind of “daddy” that KJ Apa must have been referring to when he uttered the word in his Kiwi accent. The first thing that comes to mind the first time you see this man is “What is he doing here?” But maybe he’s a firm believer that love knows no age and Tinder could be his ticket to finding it.

He looks good, dresses nicely, has a decent job, has a normal set of friends and hobbies, a normal sense of humor, and can actually hold a conversation. He could be your type, could be not. Only one way to find out.

The rarest of them all, he’s like Mr. Perfectly Normal, only several notches better. He even takes you out on dates (in broad daylight!) where you can bond over your shared interests. If he does throw in a half-naked photo of himself revealing that perfectly sculpted torso (which is an occasional treat), it’s still tasteful and you can still gush about it to your mother.