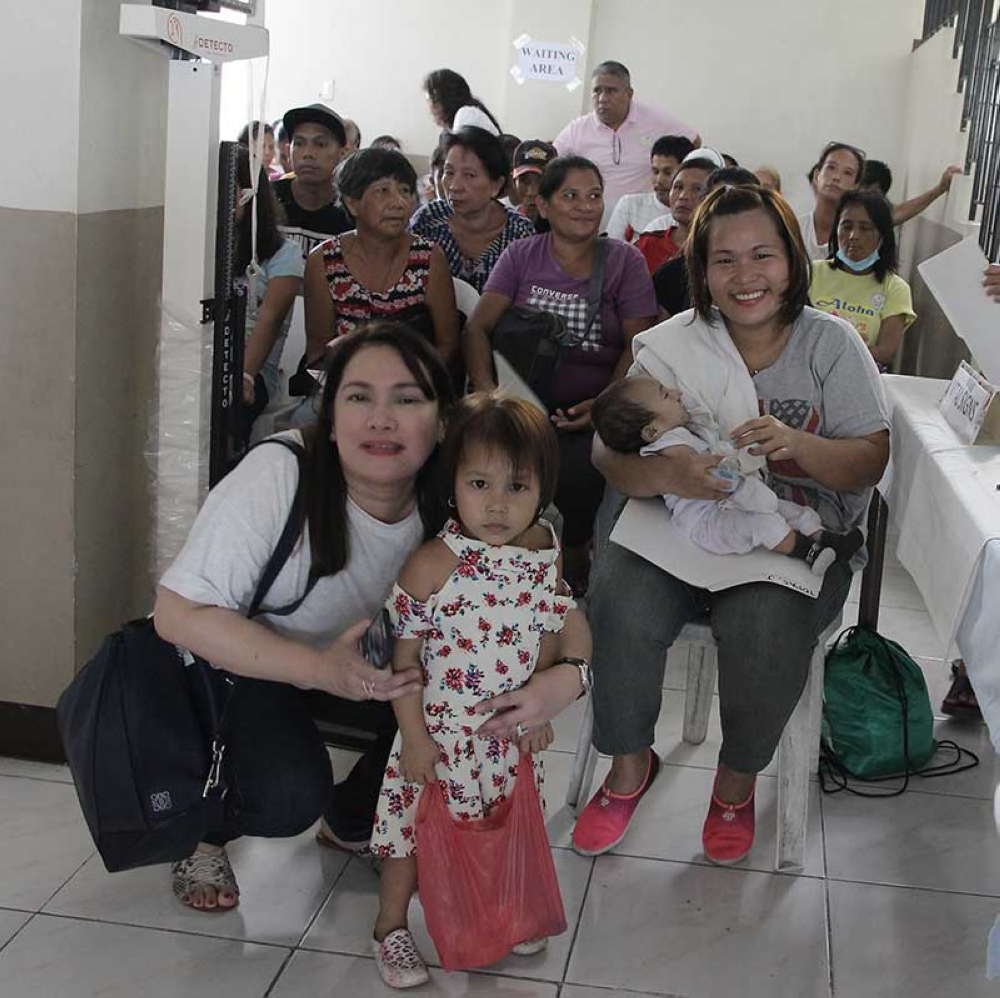 Mrs. Nikki Benitez at the pre-screening for the free surgical mission (Contributed Photo)

A TOTAL of 118 patients out of 153 from Victorias, Talisay, and Murcia who came for the pre-screening on August 14 were cleared for major surgery for the Nikki Cares Libre nga Operasyon on October 4 to 6 at Teresita Jalandoni Memorial Regional Hospital in Silay City.

The free surgical mission is organized by Dominique “Nikki” Lopez Benitez, wife of Third District Representative Alfredo Benitez who has started to conduct medical missions in various parts of the country more than two decades ago, in partnership with volunteer groups and the Betty Bantug Benitez Foundation Inc.

The October Nikki Cares surgical mission this year will have volunteer doctors from the Makati Medical Center.

Other patients who came were either deferred for further evaluation or transferred their cases to minor operation only, according to Mary Ann Dino, executive director of the Betty Bantug Benitez Foundation Inc.

Today, another pre-screening will be conducted for patients from E.B. Magalona and Silay City, and those coming from other districts of the province.

Last November 2017, volunteer doctors from the Makati Medical Center also came to conduct both minor and major surgeries for Nikki Cares. It also served 168 beneficiaries from the fifth and sixth districts in May during a free surgical mission at the Lorenzo Zayco District Hospital in Kabankalan City. (PR)