Somewhere at a crossroads, Georgia 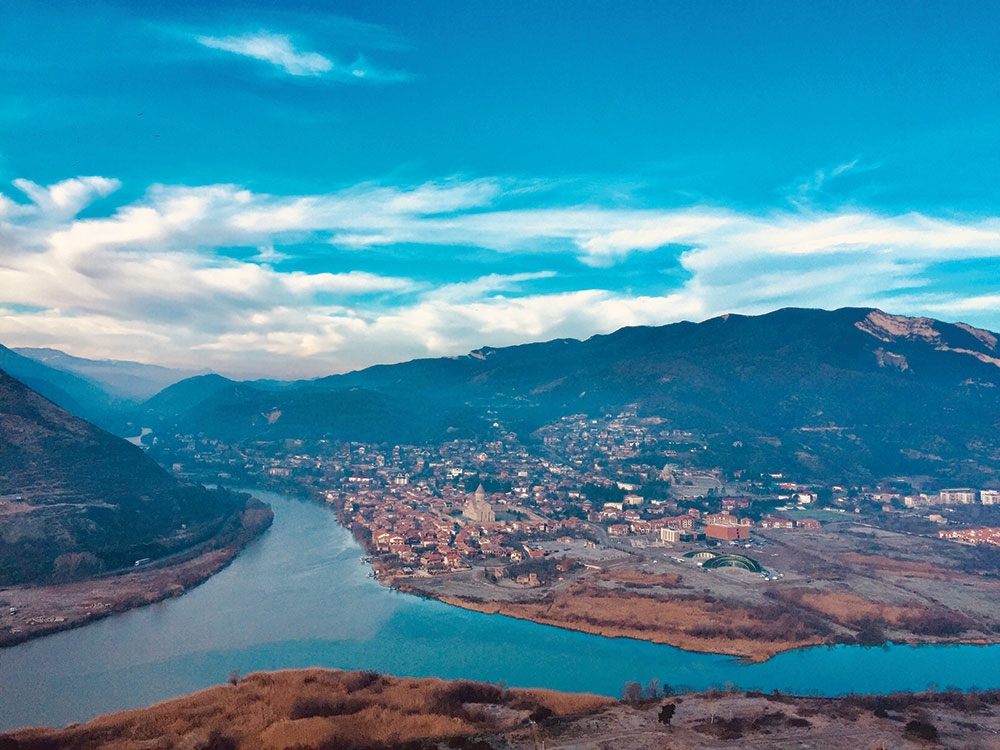 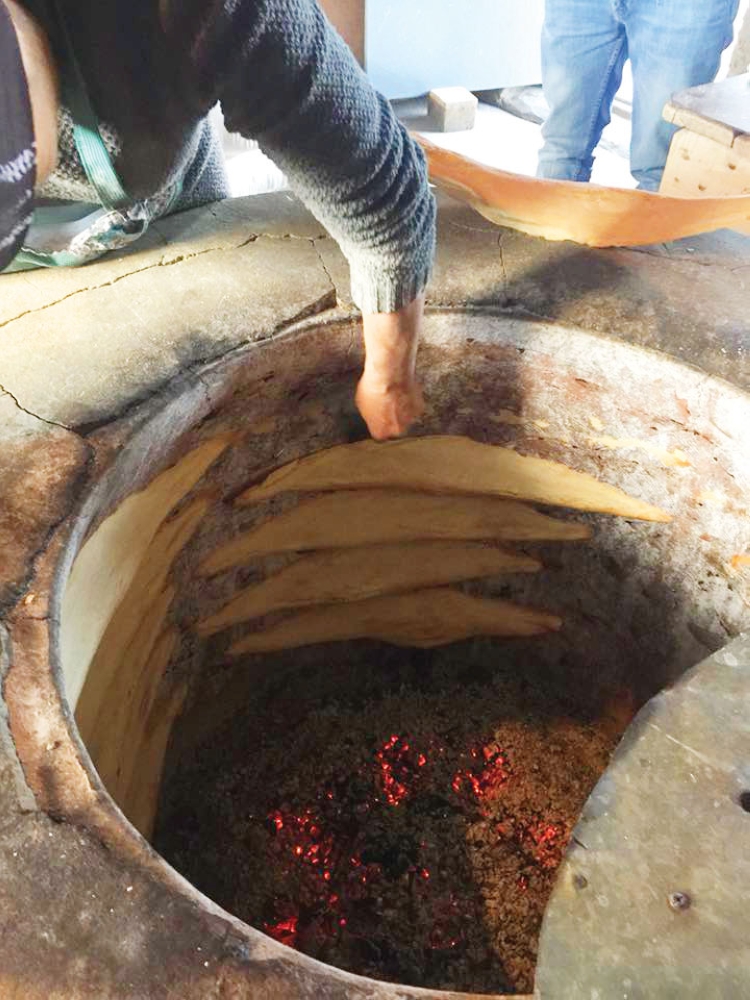 Shoti. Baked in a clay oven, this bread is available in most streets. (Photo / Alfred F. Ocianas) 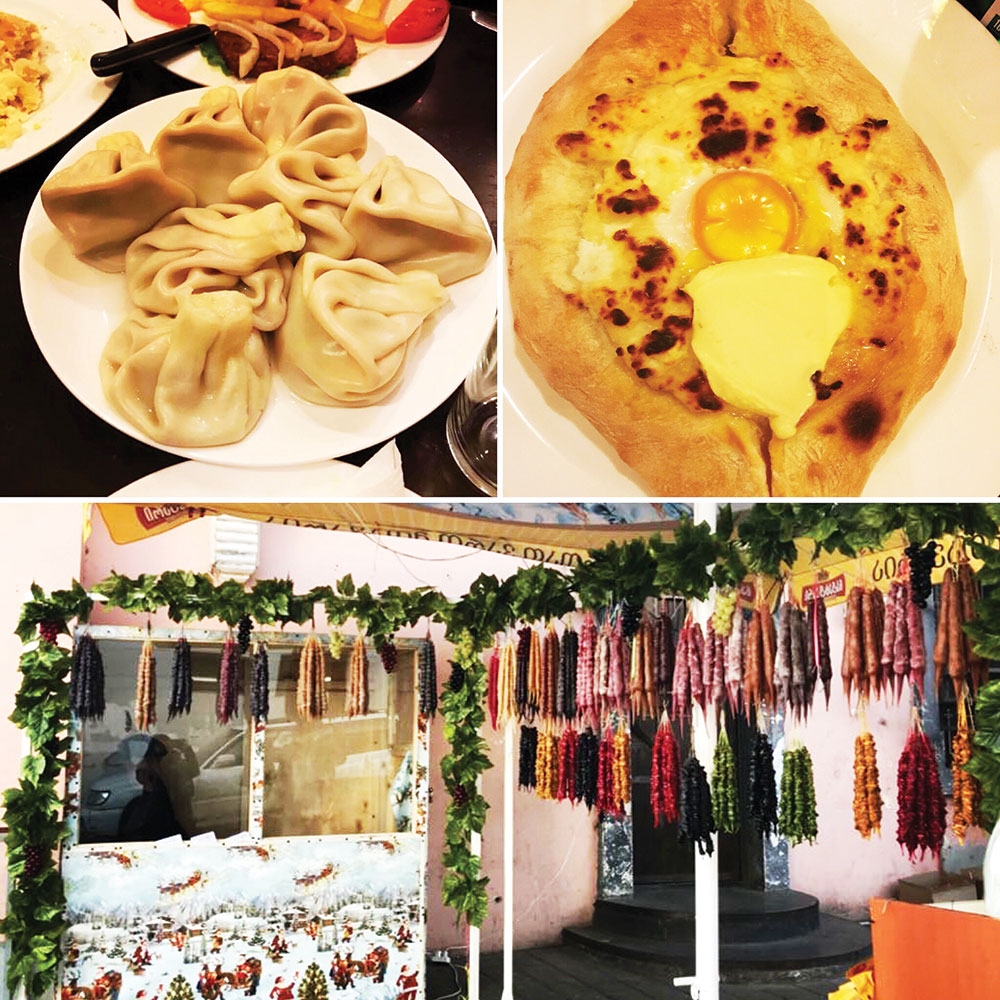 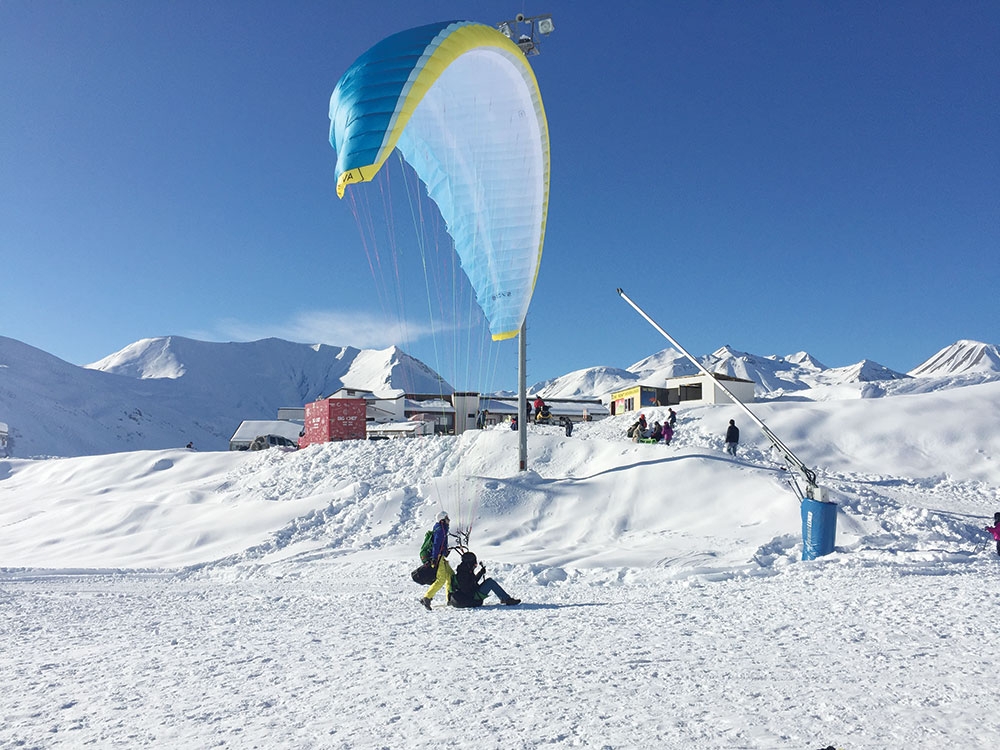 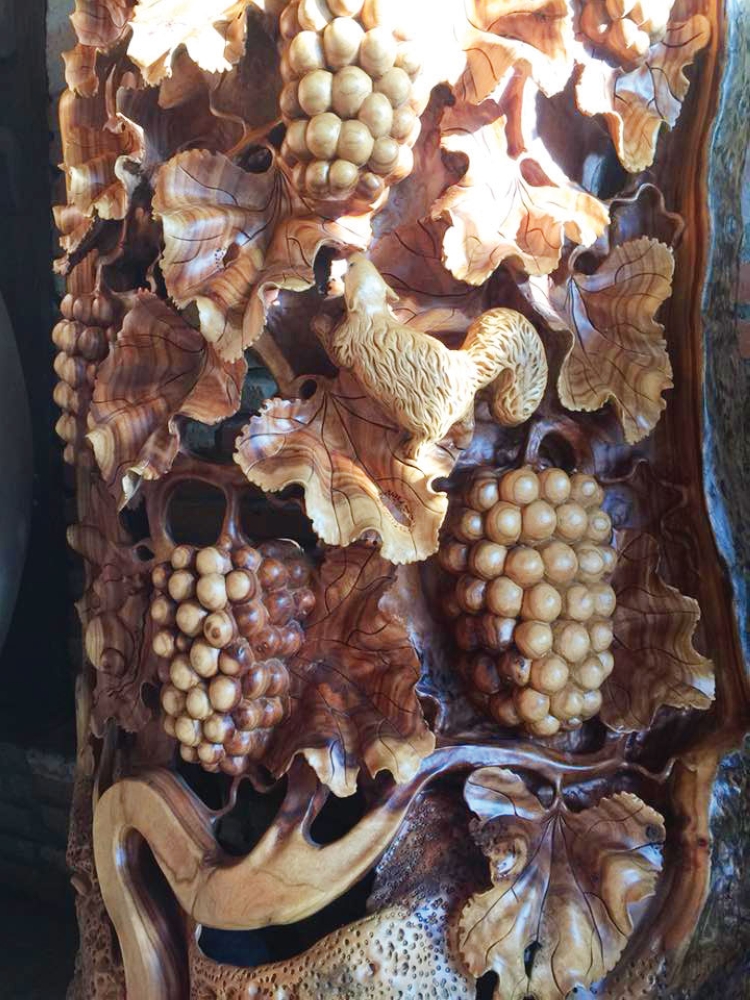 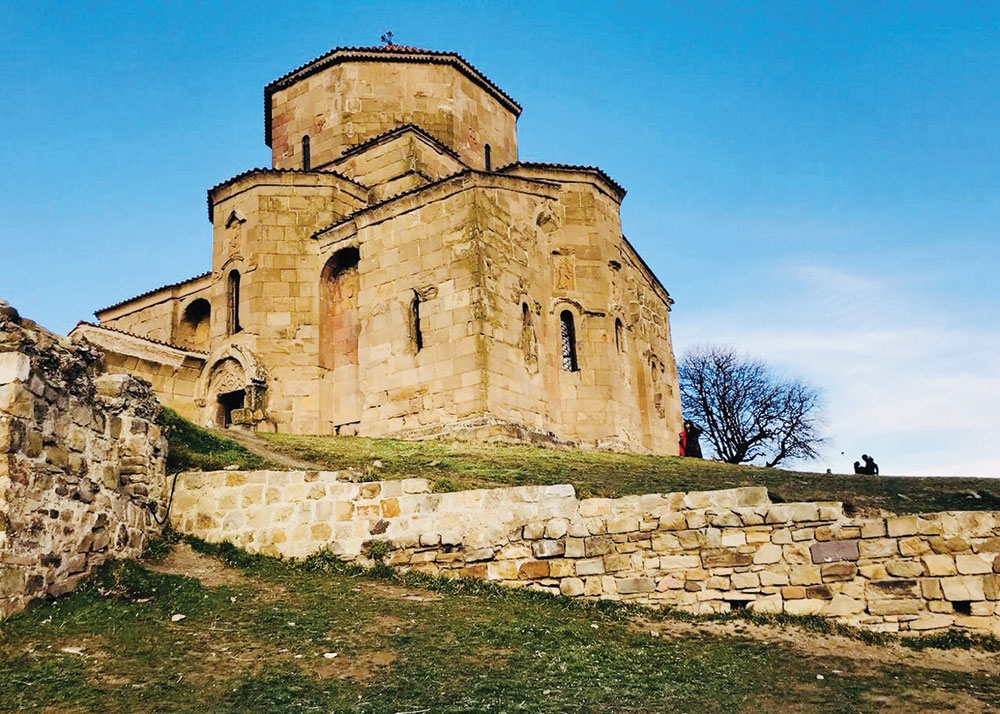 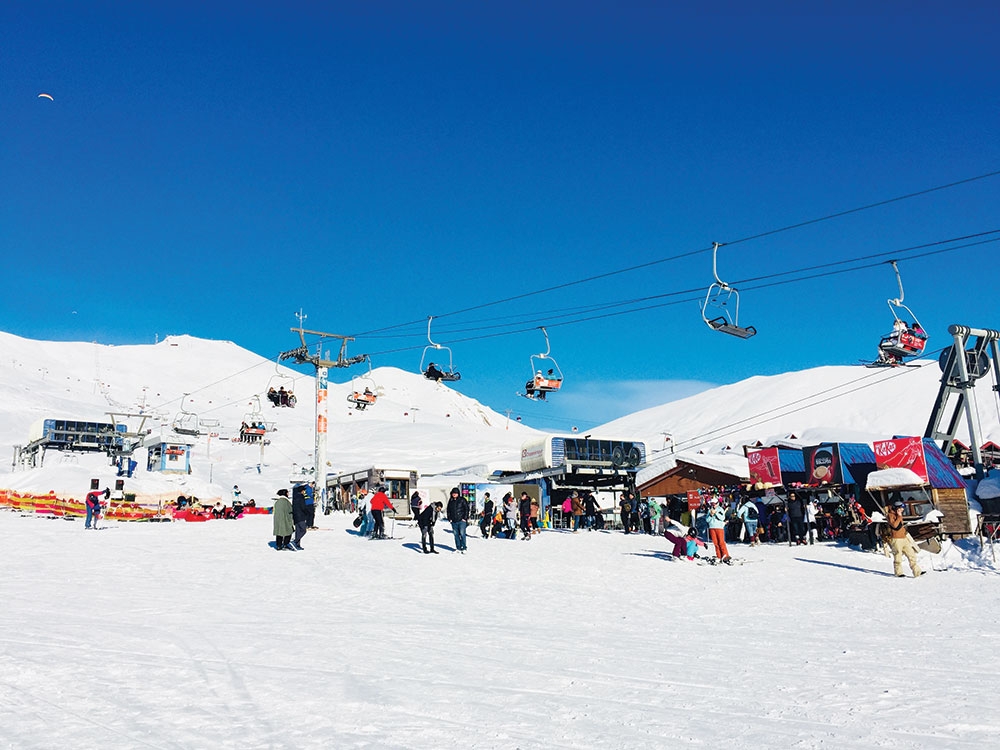 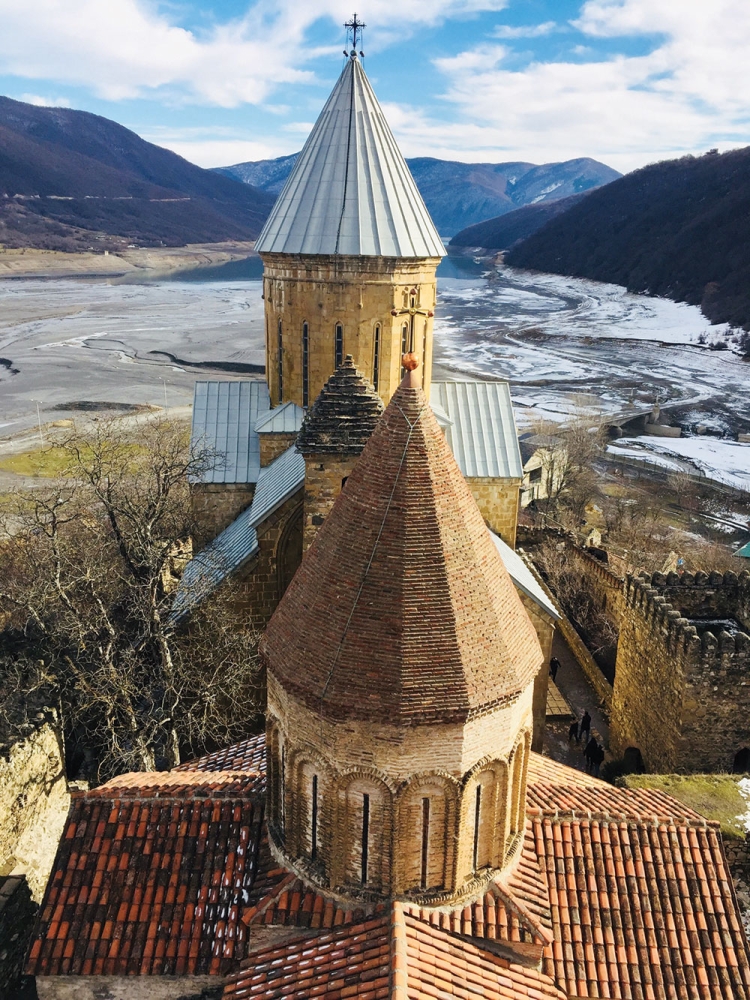 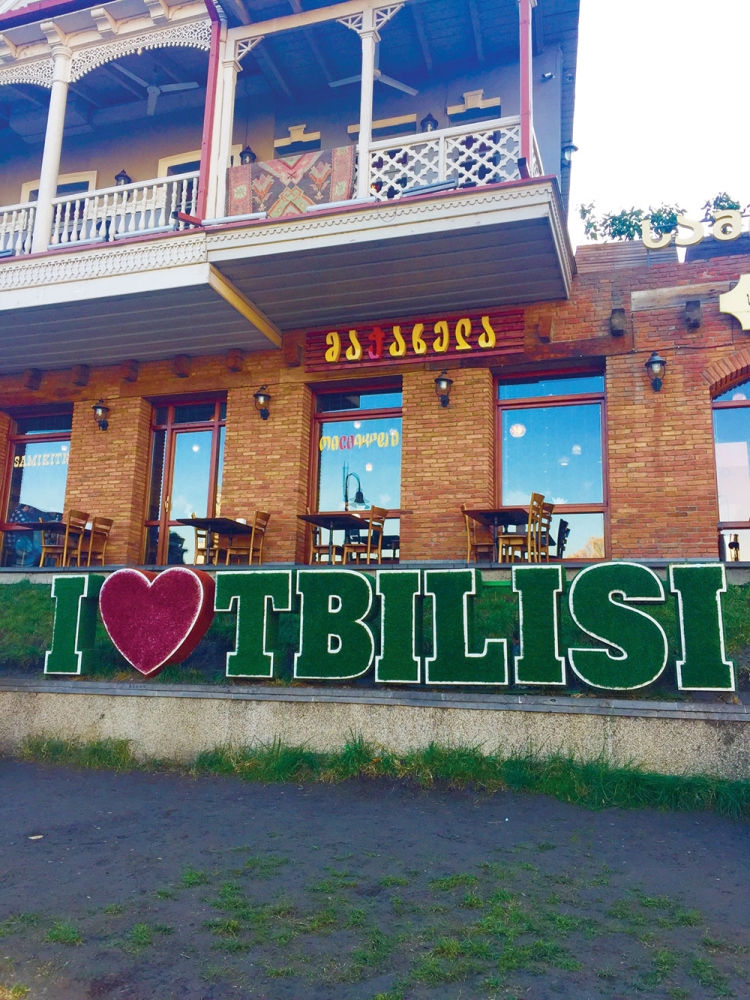 RAPIDLY gaining in popularity among expatriates in the Middle East, Georgia is a burgeoning country with a heavenly countryside.

Tucked in between the vast Caucasus Mountains, the region separating Asia and Europe, and the Black Sea, this dreamy country shares borders with Russia, Turkey, Azerbaijan and Armenia. It is becoming a top destination for weekend getaways with no visa hassles (free upon arrival for Middle East expats).

Together with Pinky, Pamy and Princess, my travel squad, we escaped frenetic city life to sublime mountains etched by snow and shadows. We went up north through sprawling farmlands, lush mountains, snowy forests and achingly beautiful landscapes. There was nothing most of us wanted more than to be surrounded by ice, so we opted to find some awesome things to do far off from the city.

After a half-hour drive and sightseeing past incredible greenery, we stopped on a hill to take in the beauty of dramatic cliffs, perfect for an Instagram moment.

Perched at the precipice of rocky ground is the first Georgian World Heritage Site recognized by Unesco. Jvari Monastery is a majestic landmark overlooking the picturesque old City of Mtskheta. Translated as the “Monastery of the Cross,” Jvari stands at an elevation worthy of attention and brings history to life.

In the olden times, this crest used to be the place where pagans worshipped their idols. However, it came to an end in 327 AD during the rise of Christianity led by Saint Nino, a Cappadocian female missionary who was a relative of St. George. Locals were moved by her cross’ miraculous healing qualities that King Mirian III of Iberia (former name of Georgia), according to traditional accounts, declared Christianity its official religion in the 4th century.

The original cross lies underneath this sixth century Georgian Orthodox Church. A replica of the wooden cross stands right in the middle of the sacred temple. Though the interior still holds traces and fragments of immemorial mosaics and frescoes, the bas-relief on its façade is withered by time. Located behind the church is the miraculous Tree of Wishes. Pilgrims, believing it grants their hearts’ desires, tie ribbons on the tree.

Not only will you be taking care of walking along the steep trail but you will also be blown away by the stunning scenery. The conflux of Mtkvari River (flowing from Turkey) and Aragvi River (flowing from Caucasus) is a spectacular view. Flowing together, the water drains into the Caspian Sea. This charming monumental masterpiece, the marvellous mountain peaks and the refreshing tranquillity of the valley will make you breathe “wow.”

A little further afield, practically in the middle of nowhere, is an ancient Ananuri Fortress, situated against a beautiful nature reserve. This 17th century castle complex had resisted the ravages of feudalism, battles and fires of times gone by.

Two classical churches, each with a charm of its own, are surrounded by massive antiquated brick walls and five watchtowers. Laden with years of thrilling history, the enchanting bas-relief sculptures of crosses, animals, flowers and fruits, along with soul-soothing frescoes and paintings of saints in the interiors, leave tourists in awe.

Aside from the spellbinding beauty of the historic monastery, the scattered tombstones of the medieval Dukes of Aragvi are enthralling to many. The turquoise water of Zhinvali Lake, the whispering Aragvi River (named after the Aragvi clan), the peaceful valley and the forested mountains add to the scenery. Also, local souvenir items and snacks in the parking area lure the traffic of tourists.

When we saw coloured wings flying over snow-capped mountains and young men exuberantly whizzing around in their skis, we knew we had come to our far-flung stop.

Gudauri Ski Resort is avalanche-safe and frequented by Russians and Europeans during the height of the ski season. It is a world-class yet affordable holiday destination, compared to the pricey winter resorts in Western Europe.

A wonderful range of activities include skiing, paragliding, snowboarding, heli-skiing, snowmobiling or sledding. Enthusiasts practice their winter sports by exploring remote spots and going cross-country or backcountry skiing in the Caucasus.

Those who have no experience in skiing and snowboarding may get a little help from certified trainers. Although there are ski schools, you can hire skilled instructors and learn to ski for the very first time. There are also ski shops that offer snow boots and equipment for rent, suitable for every ability level and age. What’s more, there are ski patrols, doctors and medical facilities in case of emergency.

Presented with a rare opportunity to savor the heights of ecstasy, I outrageously welcomed true adventure. I had no second thoughts. I was confident with an experienced pilot that got every detail right. Inspired by an urgent call for thrill and pleasure, I went paragliding to check off one of my wildest goals and have an experience of a lifetime. It was terrifying but fun!

Ever heard of “Eiffel Bridge”? Yes, there is one in Georgia, designed by the French civil engineer himself in 1902. Find out more about this and our experience in the “City of Love” next week.