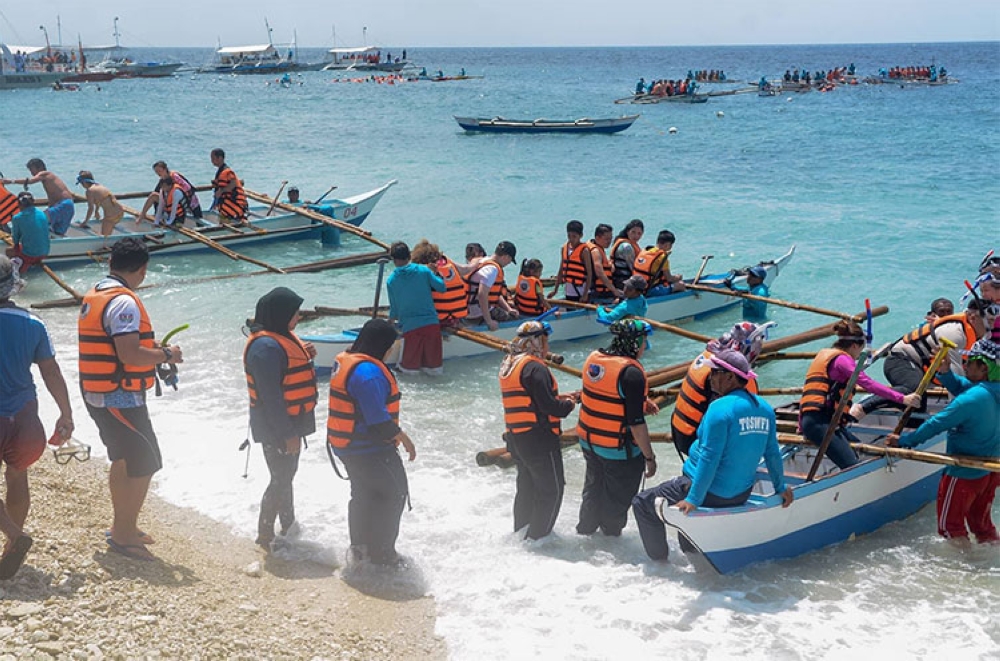 OFFICIALS of the Cebu Provincial Government agreed to conduct a carrying capacity study to determine if there is a need to limit the number of visitors in Oslob’s famous whale shark watching area in Barangay Tan-awan.

Costas believes the Oslob Municipal Government will allow the study, considering their positive response to the study they also conducted on the sandbar in Sumilon Island.

The need for a carrying capacity study was raised after Costas and his team inspected Tan-awan a few weeks ago.

They found that the area where the whale sharks frequently gather emits a foul smell.

Costas admitted they have yet to determine the quality of the water in the area.

He also received complaints from some tourists who had rashes after swimming with the whale sharks.

Magpale, in a separate interview, said she plans to coordinate with the Oslob Municipal Government regarding the complaints they received from tourists.

She also backs the need to conduct a carrying capacity study.

Since the start of the second quarter of the year, more visitors, particularly from China, have been visiting Tan-awan to see the whale sharks.