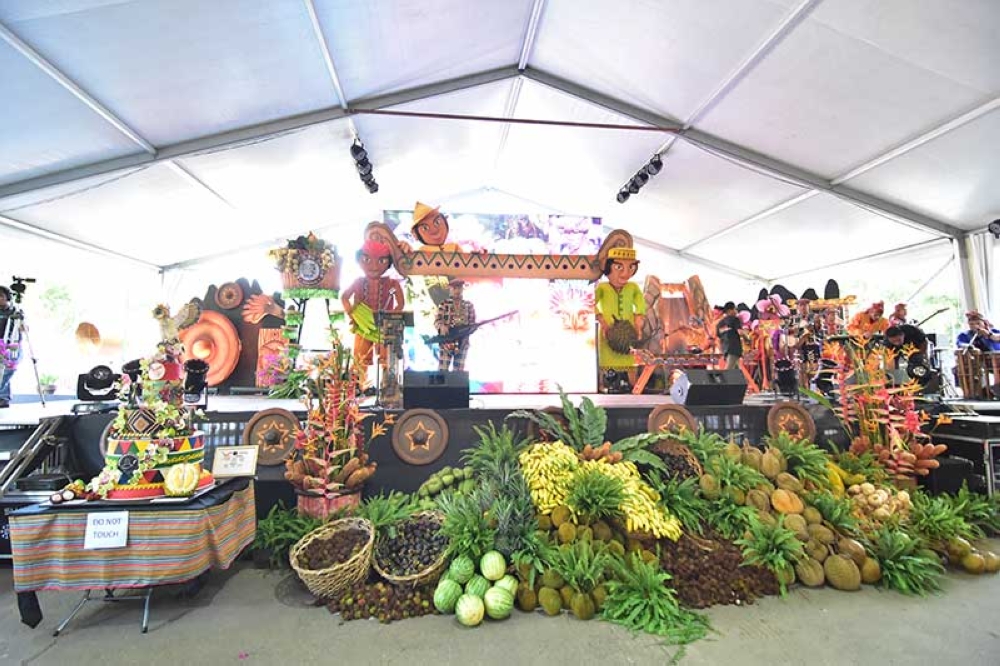 IT IS a cliché to say “there is beauty in diversity.” But what else could be described for the Pag-abli sa Kadayawan, when those were the best words.

Pag-abli sa Kadayawan is one of the first events of Kadayawan, the famed festival in Davao City celebrated every month of August for the city's bountiful harvest and the rich cultural heritage of the 11 tribes –Kagan, Maguindanaon, Maranao, Sama, Tausug, Iranun, Ata, Klata, Matigsalog, Ovu Manuvu, and Bagobo- Tagabawa. It followed after the Subang Sinugadan Panagtagbo, a reenactment of the convergence of the 11 tribes at the banks of Davao River, which is a major trade route even before the Spaniards came. It is a cultural representation of the early trading that flourished in the place.

Davao City Mayor Sara Duterte-Carpio formally opened the week-long celebration through the banging of the gong for three times, last August 10, 2018 at Magsaysay Park. It was evidently the kind of sound that most spectators during the event await to hear because it marks the start of various festive and fun activities all throughout the week. The people could witness and enjoy Hiyas sa Kadayawan, Mugna Kadayawan, Dragon Boat Festival, Indak-Indak sa Kadayawan, Pamulak sa Kadayawan and many more on the list.

The Festival Director, Gatchi Gatchalian, said during his opening message, that Pag-abli sa Kadayawan signals the spark of the week-long celebration of life and thanksgiving to nature's gifts, bountiful harvest and he also encouraged all to join the celebration.

The place was filled by locals and visitors from the different parts of the world who wants to take part in the most festive celebration of the city.

What added up to the success of Pag-abli sa Kadayawan event was the warm welcome of the 11 tribes living harmoniously together for a very long time, a story worth telling and sharing.

In the world full conflicting beliefs and ideologies, Davao City remains a place of peace for the Lumads, Moros and even the migrant settlers. Every tribe has their own identity, unique in their own way but respected by everybody. During the Pag-abli sa Kadayawan each tribe presented indigenous delicacies while proudly wearing their cultural clothing, more emphasized by their candidates for Hiyas sa Kadayawan. Yet, more than the vibrant colors of display, exemplary presentations, or mouth-watering crops and fruits, what makes this event more beautiful are its people. Even in dance and music, the event effectively showed what ‘beauty in diversity’ is all about. Different cultural dances blends in one song and one presentation, just like its people.

The people enjoyed taking pictures of the food displayed in the Pananam Hall and cultural houses in the villages; some enjoyed watching presentations from Davao’s Kalumon Performing Ensemble and other performers; some looked around together with friends or family. Still, there are so much more Davao could offer.

Culture, tradition, religion, are among other things that hinders people from uniting. It is only when each one learns to accept differences and open mind to know each other, is the time where diversity becomes a beautiful painting of humanity. The 33rd week-long celebration shows that it is possible because unity in diversity happened and convergence of the 11 tribes flourished until today.