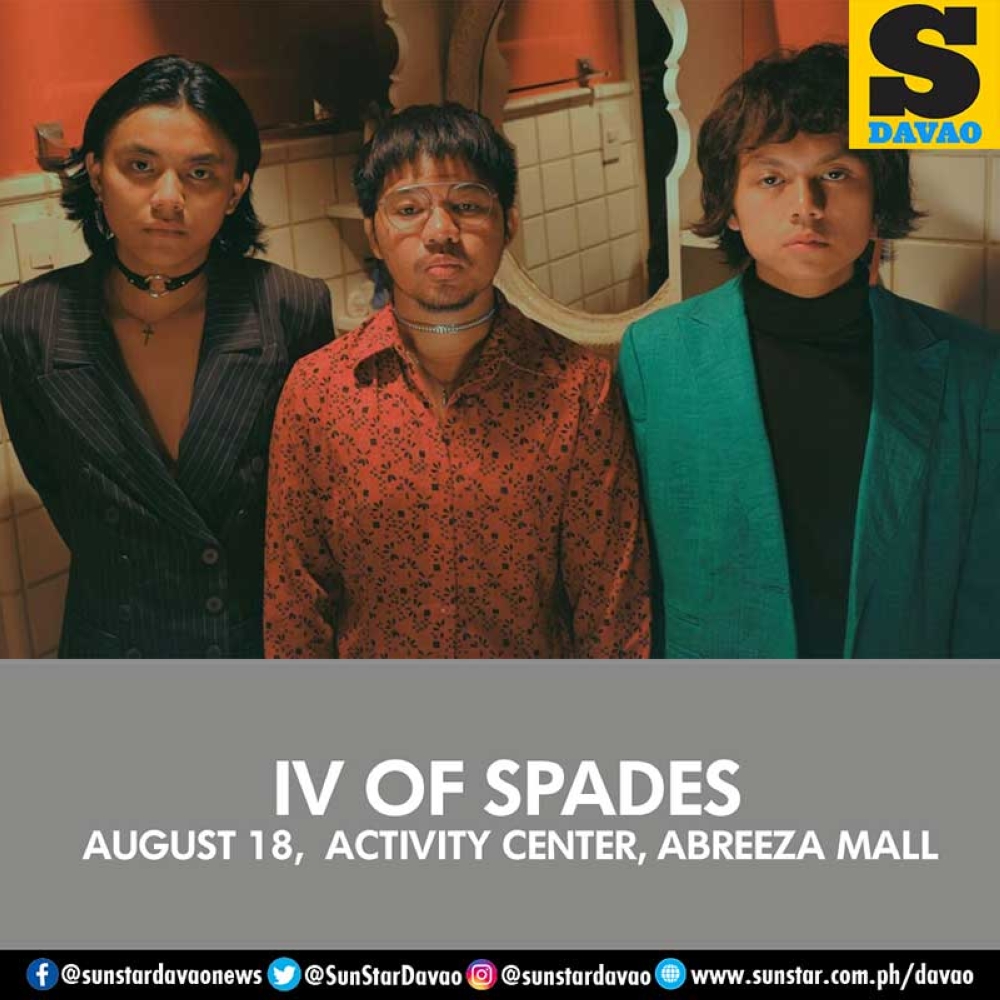 ASIDE from the exciting activities set for the Kadayawan Festival 2018, a pool of local celebrities and top bands will be flying to Davao City to celebrate with the Dabawenyos.

On Thursday, August 16, the cast of Goyo: Ang Batang Heneral bannered by Paulo Avelino, Empress Schuck, Gwen Zamora, and Arron Villaflor will have their Mall Show at SM City Davao Annex Event Center to promote their upcoming movie. Itchyworms and Banda ni Kleggy will also rock the crowd at Kadayawan Square along San Pedro Street in the evening.

On August 17, the Orange and Lemons band will perform at Resto Row, Abreeza Mall. After that, grab your friends and head out to Kadayawan Square as Bamboo will be performing there.

Then on August 18, Tawag ng Tanghalan Season 2 grand champion Janine Berdin will be crooning the Dabawenyos at Almendras Gym. The IV of Spades, known for their hit single called "Mundo", will surely give fans goosebumps with their music style at the Activity Center, Abreeza Mall.

Joining the list of celebrities on the same day are Jason Fernandez, DJ Chacha, and Kyle Vergara who will be present at SM City Davao Annex Event Center while Abra and 6cyclemind will be at the Kadayawan Square.

The fun continues on the last day of the weeklong celebration. On August 19, the cast of Victor Magtanggol -- Alden Richards, Andrea Torres, Pancho Magno, Dion Ignacio, and Kristoffer Martin -- will be bringing fun and excitement at SM City Davao. Be ready as well to be amazed with the vocal prowess of Asia's Nightingale Lani Misalucha as she’ll be conquering the stage at SM City Davao.

Up Dharma Down (UDD) fans will find themselves jamming with the band at Kadayawan Square as they sing some of the band's popular songs like “Tadhana” and “Oo”.

You don’t have to go farther because it’s a back to back “kilig” as Silent Sanctuary, popular for their heartwarming love songs, will also be part of the line-up of OPM bands that will be serenading the fans at Kadayawan Square as well.

The roster of celebrities who will be trooping to the city would not be complete without the top Kapamilya stars. Kim Chiu, Iñigo Pascual, Moira, Sam Milby, and Robi Domingo will performing to the delight of Dabawenyos at Alemendras Gym.

Meanwhile, the Ben and Ben, an indie folk-pop band from Manila will be bringing good vibes at Activity Center, Abreeza Mall.

Mark your calendars, gather your friends, and show your love to your favorite artists this Kadayawan Festival.