Kadayawan Village: A glimpse of the tribes 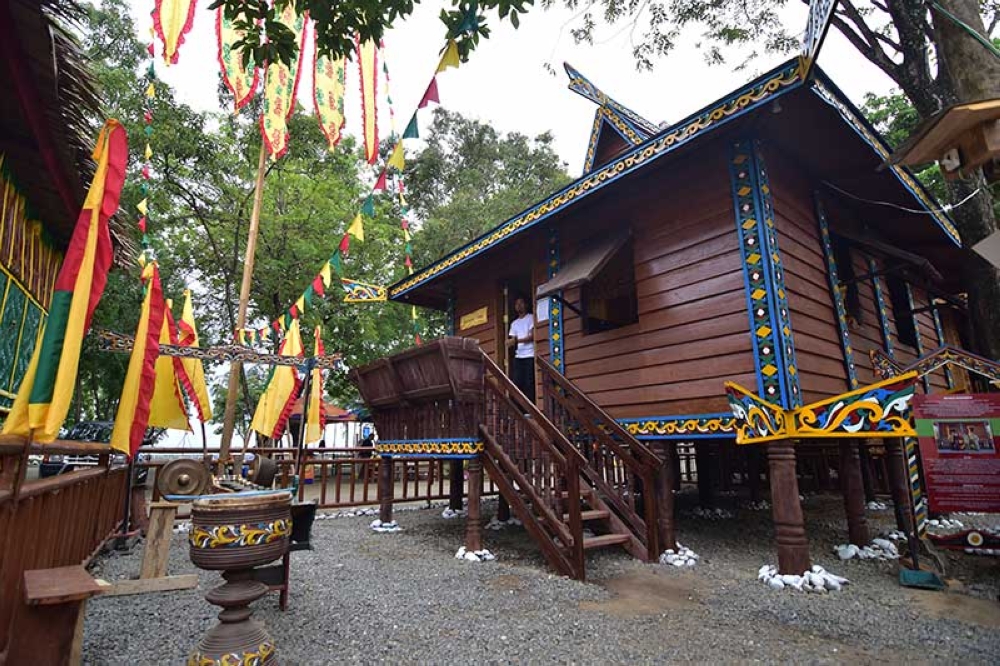 TO SEE the homes of the Lumad and Moros through the reconstruction of their cultural houses is seeing a glimpse of their history and beautiful past.

The Kadayawan Village at Magsaysay Park shows how houses of the eleven indigenous and Moro groups in Davao city are constructed replicating to where they live in the different proximity of the city.

With its success during its first launching last year, the Kadayawan Village through the Davao City Tourism Operations Office (CTOO) is eyeing a partnership with the National Commission for Culture and the Arts (NCCA) to turn Magsaysay Park into the city’s cultural and peace hub.

Earlier in June 2018, CTOO head Generose Tecson confirmed that the houses will be relocated and arranged in such a way that it would really look like a village.

Tecson said they have talked with representatives of NCCA. The government agency is interested to work with CTOO to help improve Magsaysay Park and turn it into a cultural and peace hub.

The Kadayawan Village expresses not only a deeper appreciation of the indigenous and Moro’s history but also an appreciation with Philippine architecture.

Through the village fellow Dabawenyos can get a scene of the lives and culture of the Lumad and Moro.

While for the Moro group, like the Iranuns, the basement space or tunnel as Kuta or Bag’r or even Pacsol (one suspects Pacsol is from the word “foxhole”, a word that have arisen with the wars in Mindanao).

The Maranao catches the eye of the guests in the park with its panolong at the sides of the majestic house.

The house of the Sama ethnic group with its high elevation reflects the nature of their livelihood at the shores of Davao Gulf. Their sense of community by the sea, shows why they were called Sama. The term, derived from the word Sama-Sama or togetherness.

Like the Sama, the coast of Davao Gulf is home to the Kagan. The elevation of their house still reflects their proximity to the sea. Large and high posts in the house’s verandah are for fishing equipment to be secured.

The intricacy and beauty of the Tausug’s house shows how their fellow Moro community deems them as brave people, as what the name refers.

Aside from the unity of these eleven groups in the city celebrated during Kadayawan, the village will always be a testimony to the piece of heritage and culture Davao city will always root itself back.