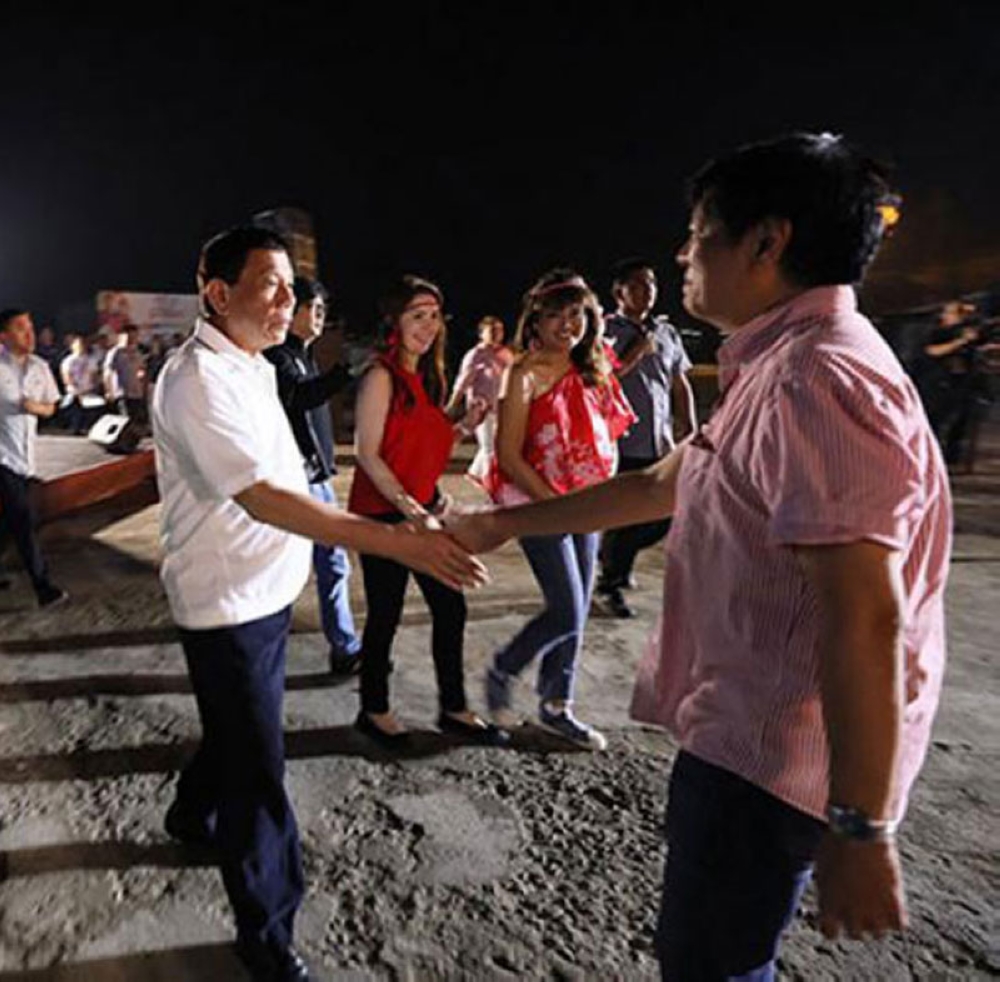 This comes two days after the 73-year-old Chief Executive floated the possibility of giving up his post, if his successor would either be Marcos or incumbent Senator Francis Escudero.

Speaking to Palace reporters, Presidential Spokesperson Harry Roque Jr. said Duterte's remark about giving up the position was a mere "statement of exasperation."

Under the 1987 Constitution, however, the vice president becomes the president should the highest position in the country be declared vacant.

It was not the first time that Duterte raised the possibility that Marcos could be the country's next president.

In a speech delivered in China in October 2016, Duterte said that if Marcos wins the poll protest, "maybe we'll have our new vice president."

On June 29, 2016, Marcos filed a petition before the Supreme Court, sitting as the Presidential Electoral Tribunal (PET), questioning the May 9 poll results that proclaimed Robredo as the winner.

The former senator lost to Robredo by more than 200,000 votes.

Marcos, in his petition, questioned the "flawed" Automated Election System, the "traditional" modes of cheating, and ter unauthorized introduction of a new hashcode into the Transparency

Roque explained that Duterte was "worried" to comply with the constitutional succession, as the Vice President "may not be qualified" to lead the country as the highest official.

"What he (Duterte) is worried about is if we use Constitutional succession, then the successor may not be qualified. And then he expressed a preference who he thinks will be qualified," he said.

"He (Duterte) has said it before that if he (Marcos) wins his protest and he's declared as vice president, he's willing to step down," Roque added. (SunStar Philippines)