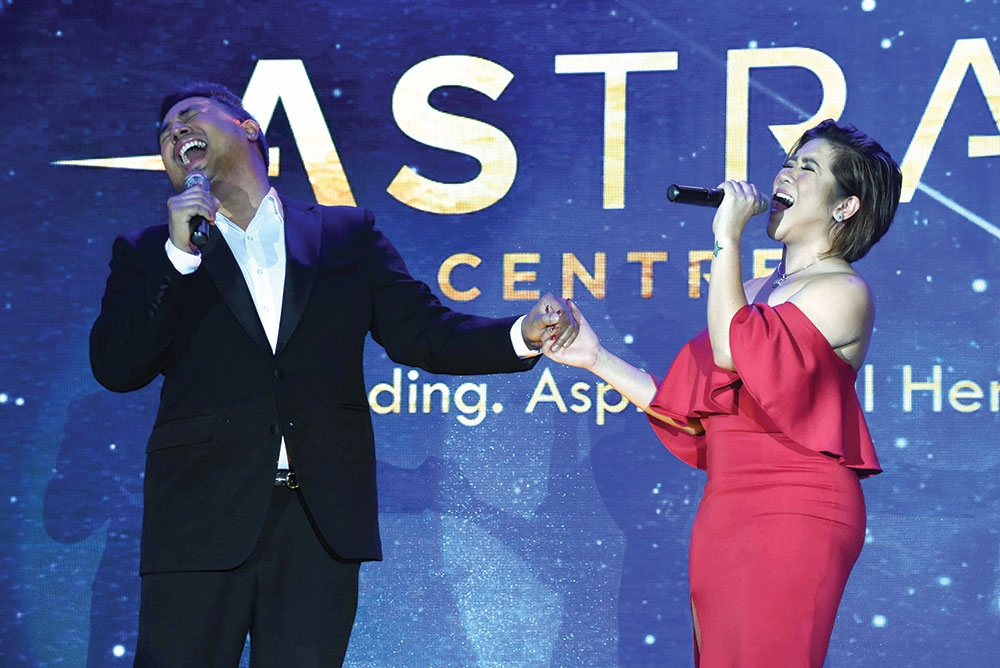 JED Madela and Angeline Quinto lit up the night as they performed during the launching of Cebu Landmasters’ newest project, the Astra Center, last Wednesday at Radisson Blu Cebu.

Madela left the audience in awe as he performed the songs “Hero,” “This is the Moment” and “Didn’t We Almost Have It All.”

Madela, who was a World Championships of Performing Arts (WCOPA) winner during his time, acknowledged and mentioned the M Squared, the Cebuano duo who were champions in the instrumental category of the recently concluded WCOPA 2018.

Knowing that Cebu has been a home of the champions, Madela jokingly said he was too nervous when he got on stage because he knew how high the standards of the Cebuanos were.

Madela also invited the audience to his concert on Nov. 16 at the Araneta Coliseum as he marks his 15th anniversary in show business.

Meanwhile, Quinto willingly obliged her fans who took photos of her while she was performing. The “Kunin Mo Na Ang Lahat Sa Akin” singer walked around the room, approaching people who wanted a selfie with her.

She performed the songs “Go the Distance,” “Can’t Take My Eyes Off You,” “Bukas Nalang Kita Mamahalin” and “Don’t Stop Believin.’” She showed how she never fails to reach the highest notes.

Having performed in Cebu a number of times already, Quinto complimented the Cebuanos and said they are the sweetest audience she has ever had.

To conclude the performance, Quinto and Madela performed “Hanggang Ngayon.”

Jose Soberano III, Cebu Landmasters Inc. chief executive officer, led the launching of the Astra Center, which he described as a city within the city. It will have two towers that will house a lifestyle mall, and residential, hotel and office components.

Soberano also mentioned that it will be in the Astra Center that the first Radisson Red will rise.