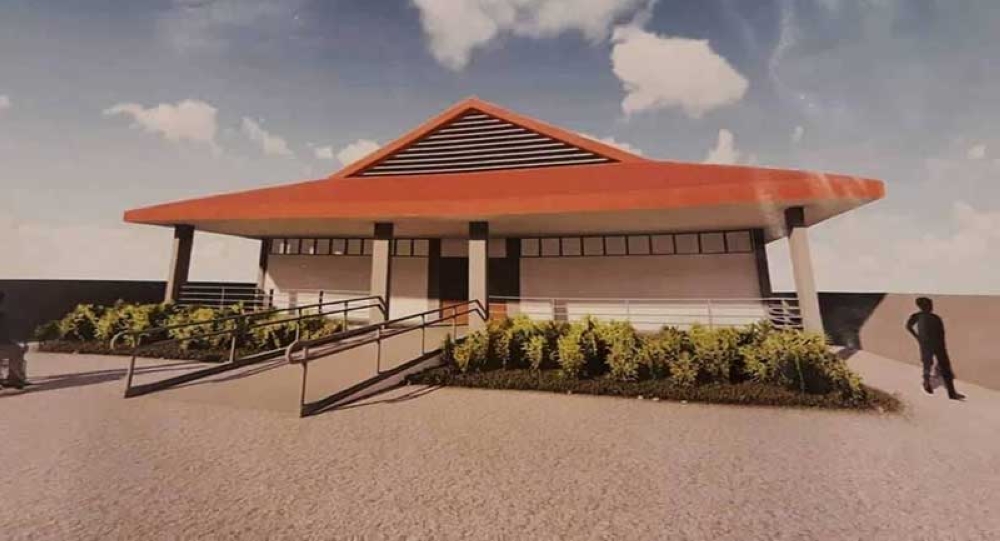 DANGEROUS Drugs Board chairman Catalino Cuy and Undersecretary Earl Saavedra will spearhead today the groundbreaking rites of the proposed Bacolod City Drug Treatment and Rehabilitation Center to be constructed in a property owned by the Agriculture’s Office in Barangay Alijis.

They will also turn over the P10 million fund for the facility to the local government of Bacolod.

Richard Nessia, Community of Anti-Drug Coalition of Bacolod (Cadcob) coordinator, and his group welcomed Saavedra when he arrived at the airport on Thursday, August 16.

Saavedra told SunStar Bacolod that the project is two years in the making as DDB received the request from the City Government of Bacolod way back in 2015.

“We have prioritized the anti-drug initiatives being espoused by President Rodrigo Duterte by making sure that all local governments get to support our anti-drug efforts and we have seen that in the case of Bacolod, they need a treatment and rehabilitation facility to cater to drug dependents who will voluntarily surrender for treatment. So the total project cost is P35 million wherein the counterpart fund of the Dangerous Drugs Board is worth P10 million,” he said.

He added: “We will have the historic turnover of the said money to the City Government of Bacolod today so it could have a support fund for the establishment of the said facility,” he said.

The remaining P25 million will be provided by the City Government.

This treatment and rehabilitation center will be run by the city as part of its commitment, Saavedra said.

“Usually, when the national government provides the funds, we make sure that we provide the infrastructure side but the operation and management will be the responsibility of the local government unit,” he added.

This is a preparatory initiative because this will not only cater to drug dependents coming from Bacolod City, he said. “What we want to happen is a referral system from neighboring towns and cities and even in the region. If there is a need for those living outside of Bacolod to avail of the treatment, they can also cater to them. The model that we are following is that of Davao wherein they also have this facility where they also welcome patients coming from the neighboring towns and cities. What we want is the provision of services and continuum of care in place especially when this facility will open and help drug dependents recover from their addictions.”

“We have yet to discuss as to how many drug dependents can be catered to the facility. We have standards to follow, depending on the bed capacity as prescribed by the Department of Health. We will still discuss this matter with the local government officials of Bacolod,” he said.

He hopes that Bacolodnons will take to heart this construction of this facility in the city as a testament to their commitment to the advocacy of Duterte. “This will eventually show to the public as to how serious is the government in pursuing anti-drug efforts.”

The presence of rehabilitation centers shows that former drug users are being given the chance to reintegrate themselves to the community. They will be allowed to have a second chance so that they will not anymore succumb to the ill effects of drugs, the DDB official said.

The center will not only cater to the addiction of the drug users but also provide a preventive education program to the different communities. They will help inform and educate the public about the ill-effects of using illegal drugs and what they can do in embracing healthy lifestyles so they will avoid using illegal drugs, he added.

“The services should be free of charge as we want to cater to those who cannot really afford to pay the treatment services of privately-run drug rehab. But not all drug dependents should be placed in a drug rehab, it would depend on the level of severity of drug use. If the dependent has a low level of severity of drug use, they can be referred to a psycho-education program by way of behavioral change approach. If it is mild or moderate drug dependence, they can be referred to outpatient services for community-based rehab. Only those with a severe level of drug addiction and severe dependency have to be admitted in a full-blown treatment and rehab centers. We are firming up the referral system now so that the public will know as to where the drug dependents can be appropriately referred who need intervention if he or she is using illegal drugs,” he explained.

Meanwhile, Saavedra said that DDB also helps private drug rehabilitation centers but not in the form of financial assistance as the accounting and auditing rules provide that they can only provide support to government instrumentalities.