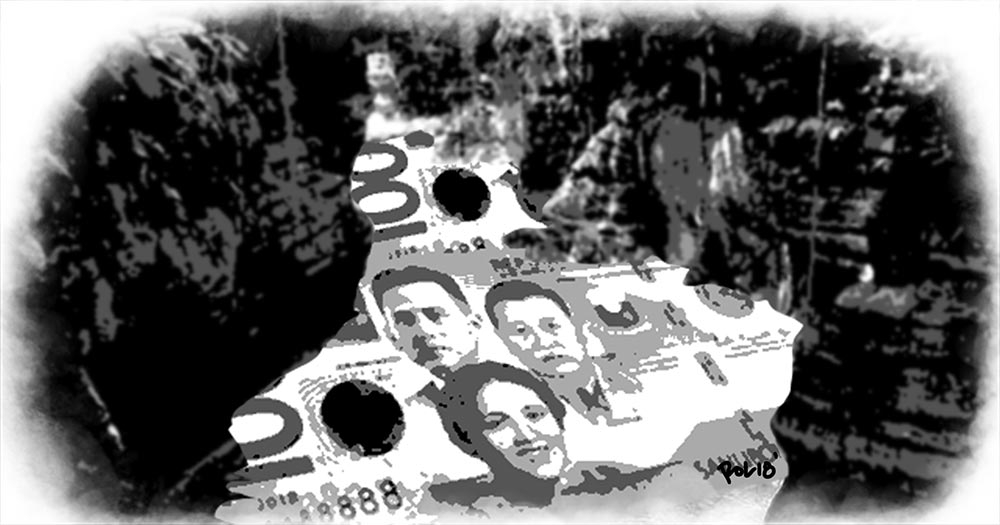 STATE auditors had plenty to say about Alegria town’s canyoneering operations, but not whether they, too, had jumped into the Kanlaob River. There may not have been enough time.

At least four findings the Commission on Audit (COA) reported about Alegria’s transactions in 2017 involved the town’s canyoneering attraction. Travelers on the review site Tripadvisor have posted glowing reviews of the southern town’s Kanlaob River trek. Government auditors, however, were less effusive.

First, COA said that Alegria had no basis for collecting entrance and user fees from tourists, which amounted to some P13.2 million last year. Where was the municipal ordinance that authorized the collection? COA said it wasn’t enough that Barangay Compostela passed ordinances in 2015 and 2016 that set the rates for tour packages, how the net proceeds would be shared, and other guidelines for the canyoneering operation.

Second, COA also asked why the town gave the Compostela Farmers’ Association P294,241 “as its share of the net proceeds of the canyoneering operation in Kanlaob River” last year, when there appeared to be no basis for it. Again, COA asked, what was that anchored on? Under a barangay ordinance, more than half of the proceeds go to the municipality, with 30 percent meant for its Local Development Fund. COA’s issue wasn’t that eight percent went to the farmers’ group, but that it had not been named in the barangay ordinance as the people’s organization entitled to a cut of the fees.

Third, the town assigned job-order workers to collect fees in three tourism sites, including the canyoneering registration area. That was the case last Nov. 7, 2017, when COA conducted its cash examination. But Alegria has five vacancies for revenue collection clerks, COA pointed out, so why entrust cash collections to job-order workers? That “exposed government funds to the risk of loss or misappropriation” and suggested a “weakness in the internal control system for cash transactions.”

Fourth, COA questioned how Alegria advertised its need for online booking software on the Philippine Government Electronic Procurement System. The only information provided, state auditors said, was that the approved budget was P1. How did the lone bidder know what Alegria needed from that booking system?

“The public might think that the contract was awarded to a favored supplier and that the local government failed to avail itself of the price most advantageous to it,” COA said. In 2017, Alegria town paid P1.42 million to Just Click Integrated Solutions for the booking system and radio frequency ID wrist bands issued to canyoneering clients.

If it’s any comfort to Alegria’s stakeholders, their tourism venture isn’t the only one in Cebu that has caught COA’s eye. Government auditors also asked Oslob to be more careful with the fees they collected from those who visit the whale sharks, and to deposit these daily. Oslob received a bigger shock from the Bureau of Internal Revenue, which asked the town to pay some P50 million in taxes for their whale shark watching venture in 2012 and 2013, Justin K. Vestil reported in Saturday’s issue.

Exploring how well communities like Alegria and Oslob have protected their ecotourism windfalls is a necessary step. Equally important is supporting them as they keep learning to protect the natural attractions that have drawn visitors to their towns. Kanlaob River is closed for at least a day a week. Last summer, Oslob temporarily closed the Sumilon sandbar, followed by Tumalog Falls, so these sites could be cleaned. What else do ecologists and ecotourism advocates recommend?

What attracts local governments to ecotourism, apart from more revenue and a sense of community pride, is that it’s a lot less expensive to organize than traditional tourism sites. Still, it requires a change in mindsets and a commitment to conserve. The audit reports suggest there’s plenty to learn, and these don’t even explore how ecotourism has changed the host communities’ lives.