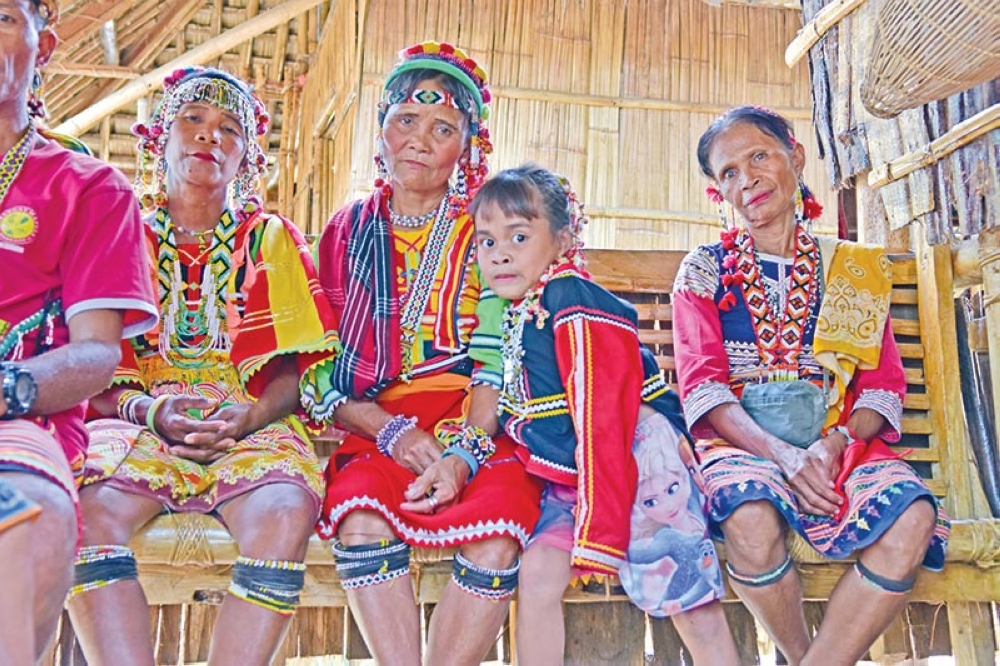 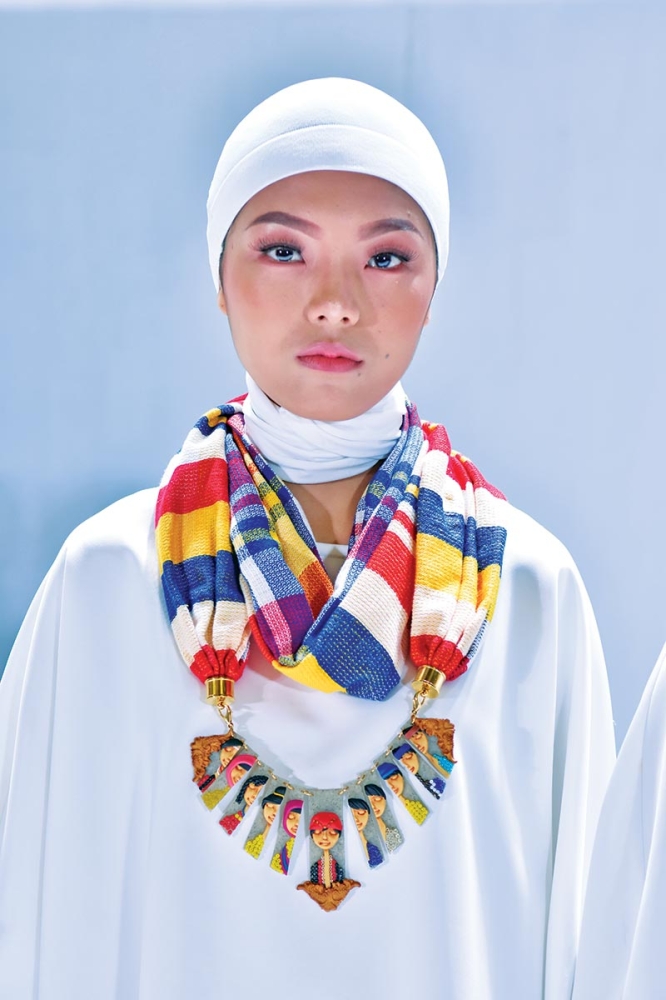 The winner of the Habi Kadayawan competition. (Contributed photo) 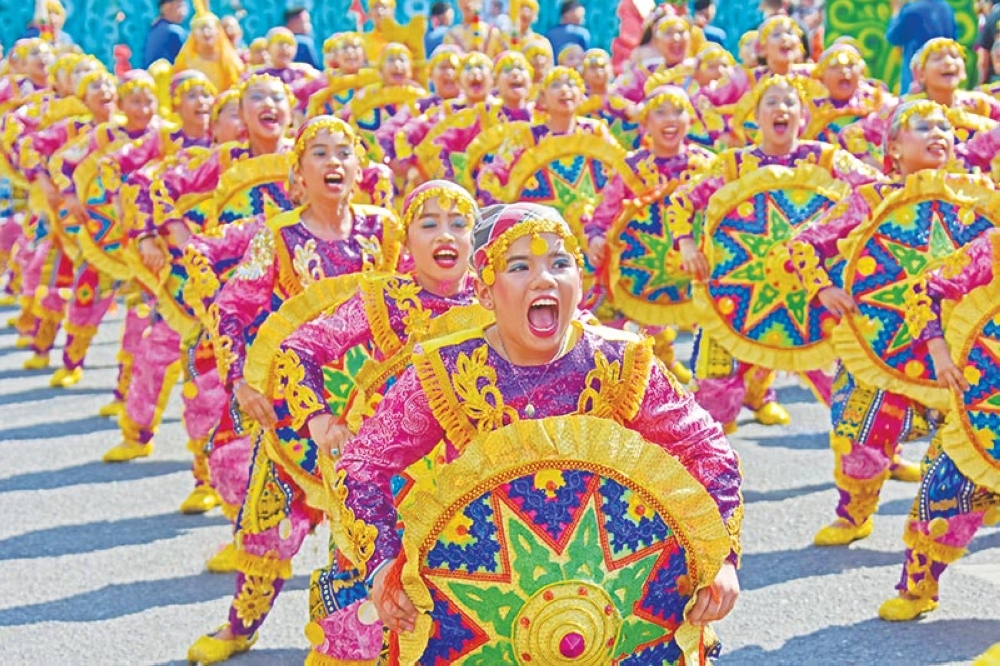 20F-COLORFUL FESTIVAL. As is present in most festivities, Kadayawan Festival is also filled with dances and performances with the dancers garbed in colorful tribal attires. (Contributed photo) 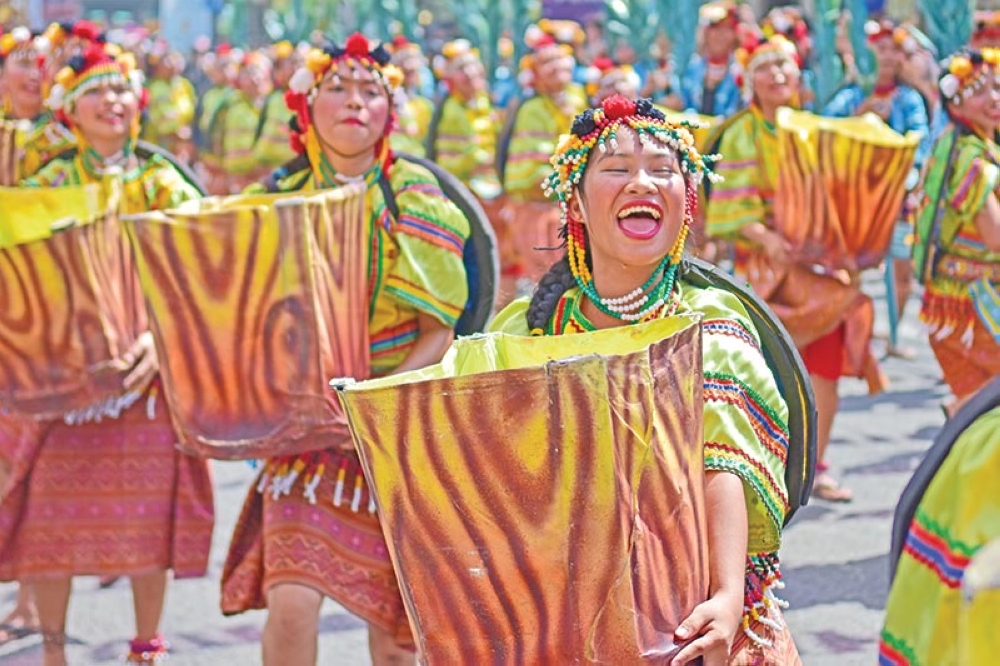 FESTIVE. The 33rd Kadayawan Festival this year can be described as festive, colorful, and made a lot of people smile. (Contributed photo)

A TYPICAL Kadayawan Festival for Davao City is primarily a busy street as C.M. Recto decorated with differently-colored banderitas, of fruit stands mushrooming randomly in different corners of the city selling durians, rambutan, lanzones, and mangosteen in unbelievably low prices, or the flock of about 200,000 tourists in the city to join in the fun and dances.

For 33 years, the city had been celebrating Kadayawan Festival. It had been instilled in the minds of the Dabawenyos and the tourists alike that Kadayawan Festival is a thanksgiving celebration for the good harvest. Originally, this was the indigenous people (IP's) way of giving thanks to Manama, the Supreme God. Over the years of Kadayawan, the Christian Dabawenyos understood that this thanksgiving and this celebration is one with the Lumad and the Muslims. Every year, Dabawenyos are reminded of the significance of the 11 tribes in the city.

When SunStar Davao went out into the streets and asked random people if they can name at least five of the 11 tribes, the people interviewed were very game and were able to name five tribes! It is really commendable to think that behind the bliss of a P60/kilo durian, or the colorful floats and attires, are the people's knowledge that this celebration is together with the Lumad and Muslim tribes dwelling in Davao City.

During the opening of Kadayawan Festival on Aug 10, the organizers made sure that the Subang Sinugdanan was presented to the audience at Magsaysay Park. It was a play-dance portraying the arrival of the first Lumad and Muslims in Davao City establishing a community here. In the same park were the 11 "villages", one for each tribe. The houses were dressed as how the tribes would normally arrange it. The Lumad and the Muslims were also there in their respective houses ready to answer everyone interested to know more about their culture and tradition. The village was first launched March of this year during the Araw ng Dabaw celebration. The Kadayawan village was a hit that it got the attention of the National Commission for Culture and the Arts (NCCA). Recently, NCCA was reported to be willing to make the Kadayawan village a peace and cultural hub. For the first time, as well, the Pananam Food Hall was established to showcase the different food delicacies and specialties of each tribe.

As with almost every festivity, a beauty pageant was also done -- the Hiyas sa Kadayawan. But don't be fooled. This is not your typical pageant. Deviating from the normal beauty pageant which typically is just a competition of who is best-looking among all the candidates, Hiyas sa Kadayawan intends to represent each tribe through the maidens. Each of them are expected to know their tribes' strengths and challenges currently being faced. They are also given a chance to formulate a project for their community, which if they won, will be funded by the City Government.

As the celebration revolves around the significance of these 11 tribes in the city, the efforts on bringing together the Lumads, Muslims, and the Christians in one festivity as well as the peaceful collaboration of the modern and the traditional must not also be forgotten.

During the Habi Kadayawan, modern necklaces and other accessories made by fashion designers competed and were showcased before a fashion-savvy audience. The winner was the adornment worn loosely around the neck with 11 small colored pillar-looking "pendants" hanging on it. They represent the 11 tribes.

The Kadayawan Festival that we know of is more than just the celebration of a bountiful harvest. More than anything, the festival is a celebration of different tribes and the Christians with different religious beliefs and traditions living under one roof setting aside all differences and dancing to the rhythm of peace, respect, and understanding.