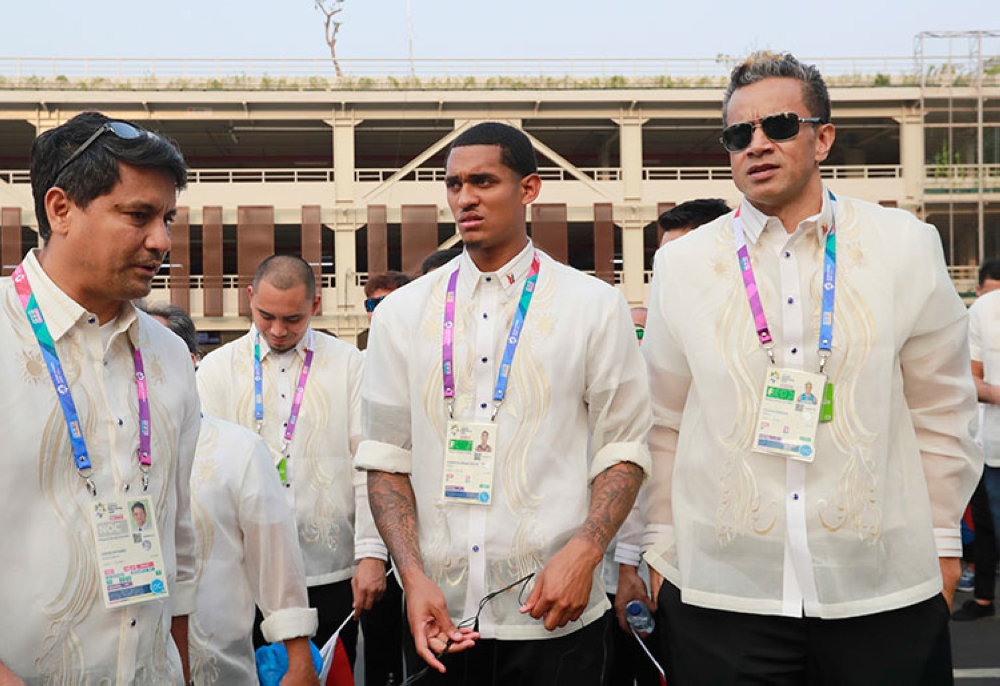 JAKARTA, Indonesia -- Jordan Clarkson said playing with the Cleveland Cavaliers in the NBA finals a few months ago was a "great experience."

Being the flagbearer at the opening of the Asian Games may have matched it.

"It was probably one of the happiest days I've had in my career, in my life," Clarkson said Sunday, a day after the opening ceremony in the Indonesian capital. "Just seeing everybody's face, how happy everybody was."

Clarkson has an American father, and a mother with Filipino roots, which qualifies him to play for the Philippines at the Asian Games. The team takes on tournament favorite China on Tuesday.

Clarkson lobbied for permission to play and the NBA, after a drawn out negotiation, eventually let him board a flight to Jakarta a few days ago.

Clarkson said leading the Filipino delegation into the stadium, cheered by a crowd of 40,000, offered NBA-level excitement.

"It was up there, definitely," he said. "I haven't seen something like that — ever. I didn't know how big the Asian Games were until I came out of that tunnel."

Clarkson has suddenly turned the Philippines into a basketball contender. He said he's not facing pressure, although he knows a lot is expected. The embassy of the Philippines in Jakarta hosted a media conference on Sunday in a five-star hotel, and Clarkson was the five-star attraction.

"I don't think there's pressure for any of the guys," he said. "You say all the pressure is going to be on me, but I don't think so. We got a team full of players that are ready to come out there and compete."

Clarkson repeated a half-dozen times that it's an 'honor" to play for his adopted country, and repeatedly called his good fortune a "blessing."

It's clear he's given many Filipinos a boost.

"He's an NBA player," said Jaja Santiago, a Filipino volleyball player at the Asian Games who attended the media event. "He's an inspiration for us and a morale booster. Maybe we can learn from him how to motivate ourselves, even if he can't help us on the court." (AP)