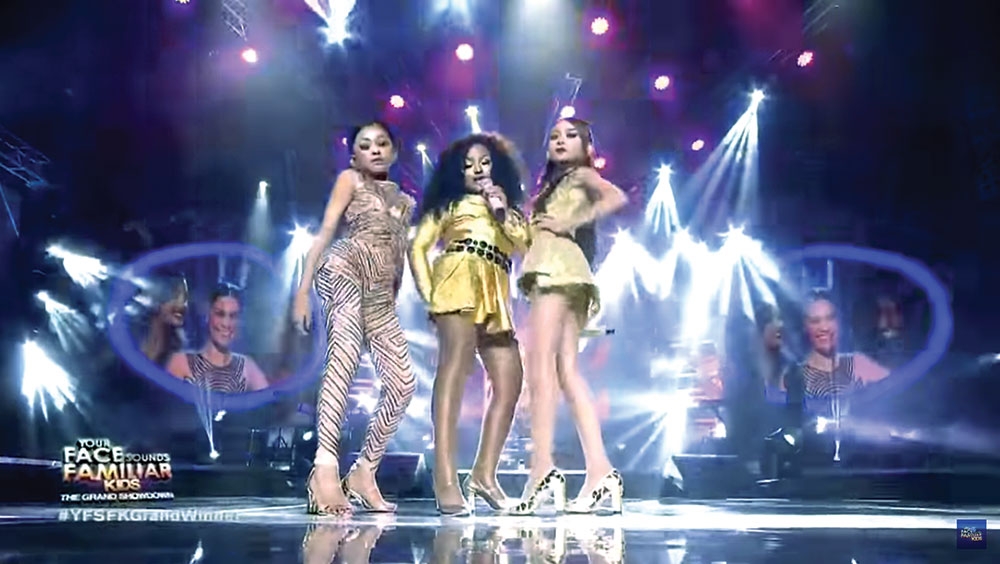 WAS there ever any doubt as to who would win “Your Face Sounds Familiar Kids Season 2?”

The TNT Boys, composed of Mackie Empuerto, Kiefer Sanchez and Francis Concepcion, received a score of 100 percent from the audience and judges’ votes in the grand finale of “Your Face Sounds Familiar” last Sunday night. The three youngsters were named grand winners.

The TNT Boys performed “Bang Bang,” which saw the three transform themselves into Jessie J, Nicki Minaj and Ariana Grande.

The TNT Boys met on “It’s Showtime” where they competed against each other in the singing segment Tawag ng Tanghalan, hence, TNT. They did not win but received much more success as a group.

As grand winner, the TNT Boys received a special gadget showcase, trophy and medal, house and lot and P1 million.

Judges for the show were singers Gary Valenciano, Sharon Cuneta and Ogie Alcasid.