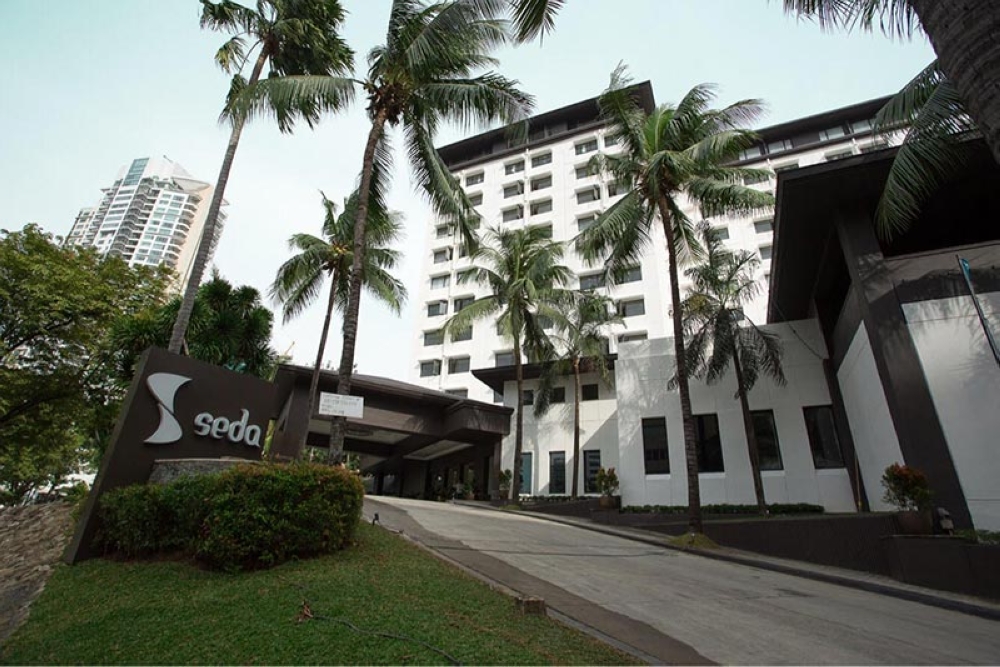 The hotel’s ballroom, function rooms, gym and swimming pool will open by Sept 1. The entire hotel will be fully operational come October.

Seda Ayala is the only hotel within the Cebu Business Park so far. It replaced the Cebu City Marriott Hotel when the AyalaLand Hotels and Resorts Corp. (AHRC) ended its 20-year contract with Marriott International Hotels last December.

According to Alfafara, even before it soft-opened last Sunday, the hotel was already receiving requests to reserve guests and function rooms up to early 2019.

The Seda brand boasts of a unique Filipino hospitality aligned with global standards. The hotel features warm contemporary interiors associated with the chain, which is present in seven other key locations nationwide.

Seda senior group general manager Andrea Mastellone, in a statement, explained that when it entered the hotel industry in 2012, the homegrown Filipino brand prioritized establishing properties in locations that lacked or needed modern hotel facilities such as Bonifacio Global City, Cagayan de Oro and Davao.

Next in line were Nuvali in Laguna, Iloilo, Quezon City, and most recently, Bacolod.

Mastellone said that when the property in the Cebu Business Park became available last year, they felt Seda was ready to compete with all the other established hospitality brands in Metro Cebu.

The guest rooms underwent a makeover and now offer a modern, minimalist layout in earth colors supported by modern conveniences.

The function and meeting rooms have also been updated and sport a lighter and brighter look with contemporary finishes and design accents.

The lobby, which exhibits Seda’s signature open layout, reflects the most striking change, according to Mastellone.

She said that seating has been expanded and the reception area now flows seamlessly into the bank of iMacs for the free use of guests at the e-lounge and onto the all-day dining facility Misto.

Like all other Seda properties, Seda Ayala Center Cebu is expected to have many repeat guests, she added.

In a report, Ayala Land Inc. plans to expand its Seda hotel brand to 3,500 rooms by 2019 to cater to the demand brought about by tourism and corporate expansion.

Mastellone said Seda Hotel rooms will more than double to 3,500 rooms in 15 locations, from 1,409 rooms in seven locations.