Use of renewable energy pressed 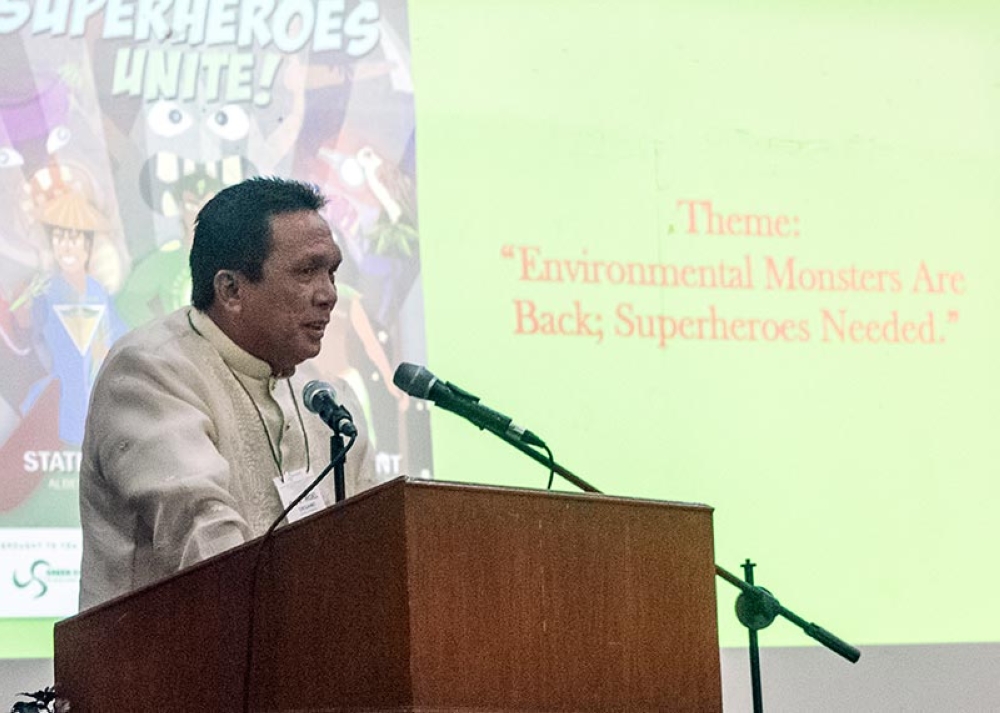 NEGROS Oriental Governor Roel Degamo has urged local government officials in Baguio City and the Cordilleras to strengthen their political will by using renewable sources of energy as an alternative to coal fire powered plants for electrical requirements.

Degamo pointed out the importance of such move during his speech in the State of the Nature Assessment or Green Sona in the city.

The governor indicated the negative effects of coal powered plants on the environment.

“If we continue to use coal, it has a tremendous effect on the amount of carbon dioxide that it emits in the air. I have seen how coal fire powered plants damage the environment and as much as possible, I encourage all local government officials to exercise their political will to make programs that will go directly into the preservation of our natural resources especially here in Baguio City,” Degamo said.

Degamo earlier issued an order declaring the local government unit of Negros Oriental as an environment-friendly and clean-energy province.

Under the order, the province will “adopt a policy that all offices and local government instrumentalities in the province of Negros Oriental shall not issue any permit, authorization, endorsement or any expression of support to the development of coal-fired power plants in the province.”

“If you are using coal fire powered plants right now then as much as possible, let us change it to renewable energy. There are a lot of renewable types of power plants like wind power generation, hydro power plant, solar power plants that can be accommodated to supply the power requirements of Central Luzon and I hope this can be seen by our top national officials because it is a must for us to preserve our environment,” the Governor stated.

Negros Oriental joined Guimaras, Sorsogon and Ilocos Norte as pioneers in the movement for a clean-energy Philippines.

Negros Oriental also opted to utilize clean and renewable energy in its 19 municipalities and six cities to support economic growth and to deviate from activities harmful to the environment.

“The population is growing in numbers and we know that the capacity of the earth is in critical situation. A serious interest to preserve the environment is a must, I think it is a matter of how we can deliver to the people the importance of using renewable forms of energy like what is now being done in Negros Oriental,” Degamo added.

Consistent with this direction, the province of Negros Oriental strived to develop and utilize clean and renewable energy to support economic growth, and on the other hand, veer away from activities that are destructive to the environment and harmful of the Negrenses’ health and livelihood such as the operation of coal-fired power plants.

The order aimed to support the national government in meeting its commitments in line with the Instrument of Accession to the Paris Agreement on Climate Change, which was signed by the President.