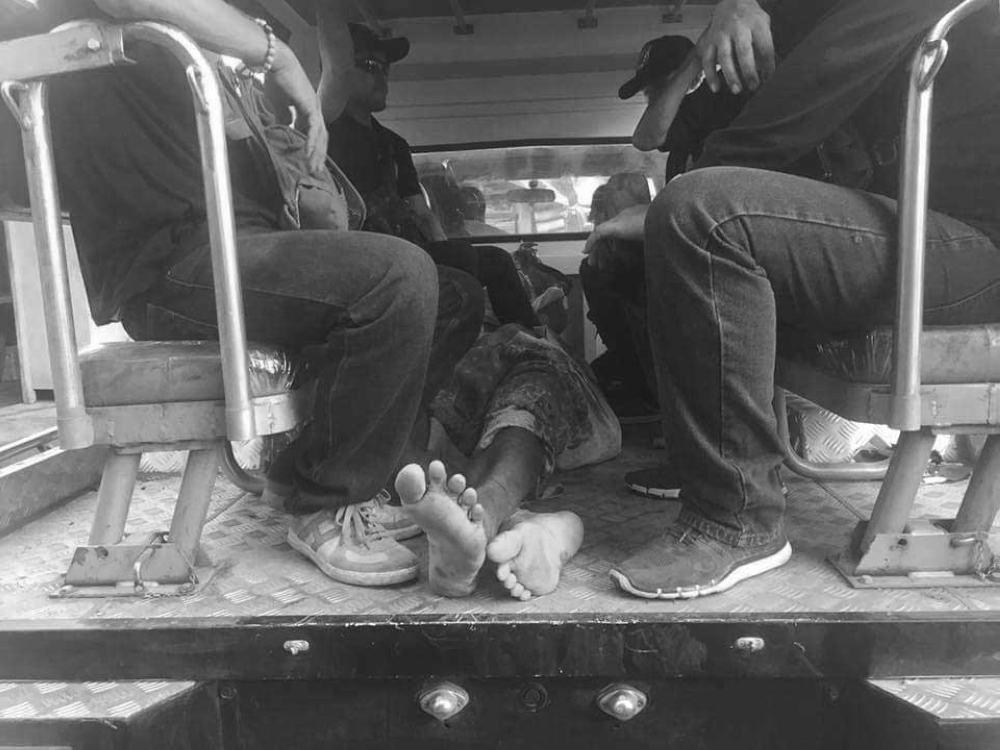 CEBU. The body of Parolito Obrero who was killed after he allegedly fought back against operatives who were conducting anti- illegal drug operation in Tangke, Talisay City, this morning, August 23. (Photo courtesy Sheriza Mae Uy/dyMF radio)

(UPDATED) Three suspected drug personalities were killed after they allegedly attempted to shoot at operatives during the province-wide simultaneous anti-criminality operations in Cebu, Thursday morning, August 23.

Those who died were in Talisay City, Mandaue City and Moalboal, Cebu.

In other anti-drug operations, six suspected pushers were arrested in Argao, Cordova and Dumanjug.

Tariao had been listed as the tenth most wanted in the municipal level.

Two others were later caught in Sitio Panagdait, Barangay Ibabao. They are Juanito E. Demate, 37, and Jierlyn Mijares Bentulan, 23.

In Barangay Lawaan, Dumanjug, Perla Yongco Patiluna, 42, was arrested. She was a former drug surrenderer.

Last July 18, the PRO-Central Visayas initiated the same OTBT operations that resulted in the deaths of six drug personalities and confiscation of P13 million worth of illegal drugs. (KAL/SunStar Cebu)