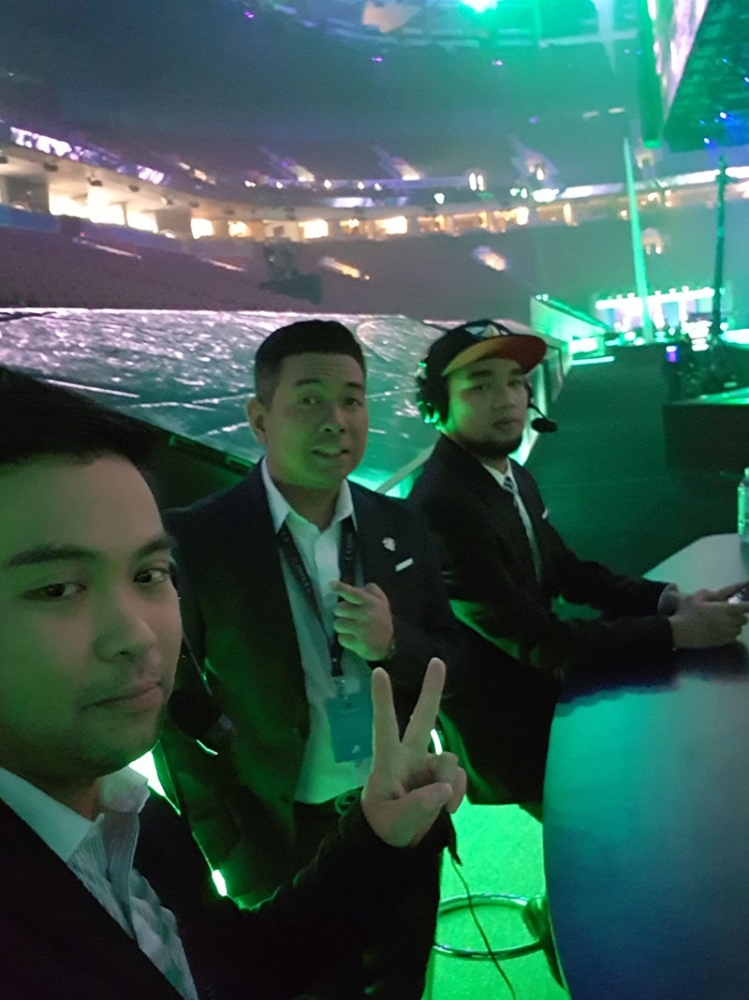 CANADA. Inside the Rogers Arena in Vancouver, Canada, a huge crowd watches a giant screen showing the Dota 2 games in The International 2018, which has a prize pool money of at least $25 million. (Photo by Paolo Bago)

CANADA. Inside the Rogers Arena in Vancouver, Canada, a huge crowd watches a giant screen (upper left) showing the Dota 2 games in The International 2018, which has a prize pool money of at least $25 million. (Photo by Paolo Bago) 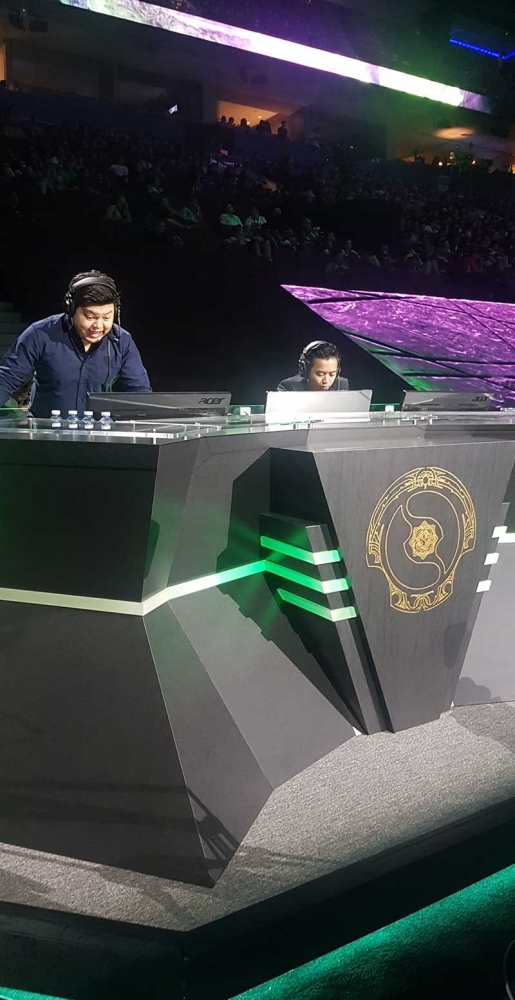 ESPORTS casters, a Cebuano included, from Manila-based Tier One Entertainment/WomboxCombo and MineskiTV are at the Rogers Arena in Vancouver, Canada to cover The International (TI) DoTA 2 championship.

For the first time, the Philippines is given a broadcast table at the tournament, where the prize pool money has increased to at least $25 million as of August 23. Official broadcast of the games is in English, Russian, Chinese and Filipino.

Bago, the only Cebuano in the group, is covering his first TI.

"It's surreal. I first started casting at Cebu's IESF (International Esports Federation) Asian championship in 2014. I became part of the industry soon after as a writer. To be recognized and attend what is essentially the pinnacle of competitive Dota and to be invited by Valve is an honor," he told SunStar Philippines via social media chat.

"It hasn't sunk in yet since it's been such a rush covering the games just a few meters from the players and the stage," he added.

DoTA 2, a very popular multiplayer online video game developed by Valve Corporation, has a huge fanbase in the Philippines. TI 2018, or TI8, is being held in Vancouver from August 20 to August 25.

Representing the Philippines this year are professional eSports teams TNC Predator and Mineski.

As of August 23, however, all Filipinos participating in the tournamemt have been eliminated.

TNC Predator, an all-Filipino team, was eliminated on the first day of the competition, or August 21 in the Philippines.

Mineski, the oldest and most established eSports firm in the country, was eliminated on Day 2 or August 22. Mineski had a Cebuano player named Michael Ross.

Bago said he and the rest of the commentators are a "bit dejected" that all Filipinos have bowed out of the competition.

"Even the Filipino players playing as individuals on foreign teams were eliminated yesterday so there's definitely a rain cloud," he said.

Fnatic, which had two Filipino players, was eliminated on the first day.

"But the games and the event as a whole have been great so we're still enjoying the level of competition," Bago added.

The Philippine team of casters almost did not make it to Vancouver because of the runway shutdown at the Ninoy Aquino International Airport (NAIA) caused by the Xiamen Air accident.

The runway was shut down for almost 36 hours, from midnight of August 17 until noon of August 18, causing the cancellation of flights. Thousands of passengers were stranded.

Bago said he was supposed to fly out of Manila at 3 p.m. on Saturday, August 18, but was accommodated on a flight to Vancouver only after about 10 hours of standing in a queue at the NAIA Terminal 1.

He, Marcelo and Pangan were the first to arrive in Vancouver. Other members of the team, Nazario and Gutierrez, managed to get on a flight to Vancouver only a couple of days later.

"The delays definitely dented our coverage plans but as people are trickling in our job is getting easier and we're able to have more fun. I definitely have more insights on our airport system though and on what can be done," Bago said.

All six commentators were officially invited by Valve, the company behind Dota 2. The Philippine coverage is a joint project of Tier One/WomboxCombo, Mineski TV and events company Gariath Concepts. (MVI/SunStar Philippines)