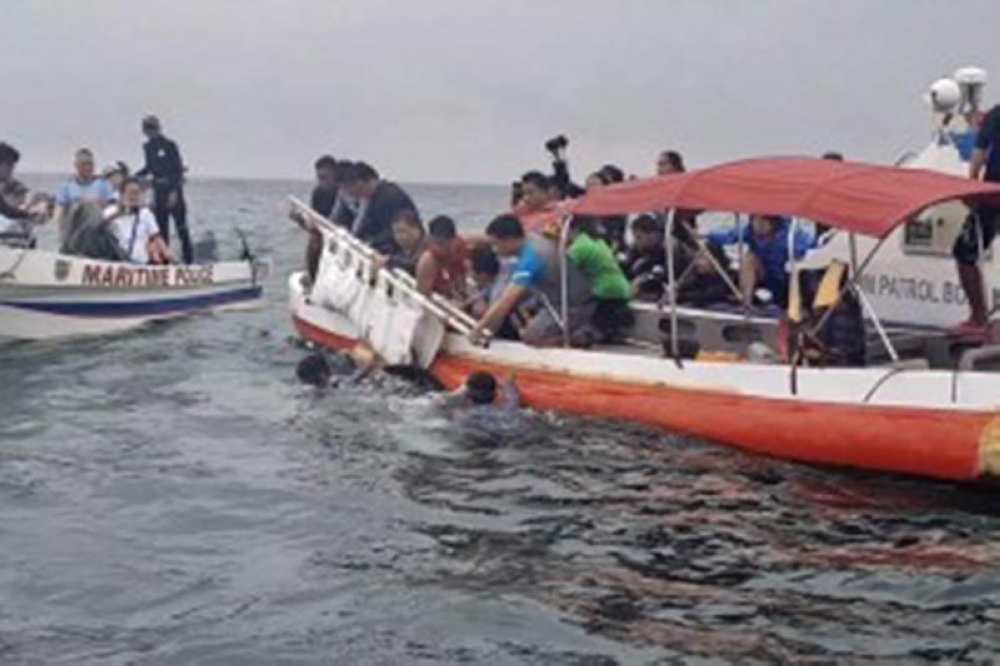 A ROUGH-TOOTHED dolphin (Steno bredanensis) named “Tala,” found stranded in Bolo beach last July 2, has been successfully rehabilitated and released back to the ocean on Tuesday.

Dr. Lemnuel Aragones, Philippine Marine Mammal Stranding Network (PMMSN) president, in a phone interview on Thursday, said “Tala is the first stranded dolphin successfully rehabilitated and released back to the ocean through the collaboration of different volunteers.”

“Tala” was discharged in the deeper portion of the Lingayen Gulf.

The successful release of the dolphin was made possible through the collaboration of the PMMSN, Alaminos City Government, Bureau of Fisheries and Aquatic Resources (BFAR) in Ilocos Region and other volunteers.

“Successful dahil naibalik siya na sure na sure kaming healthy si “Tala” at hindi ‘yong sige na lang dahil pagod na ang mga tao (Successful because ‘Tala’ was freed to the ocean in good health and not just because the people taking care of it were tired),” he said.

The rough-toothed dolphin was seen by city government employees stranded in Bolo beach here and was brought to the BFAR station in Lucap Wharf, where it was treated and rehabilitated, Aragones said.

Tala was later on transferred to a rehabilitation pen on Cariaz Island in the Hundred Islands National Park here, where it was taken care of and monitored 24 hours a day for 50 days by the PMMSN; local government unit; marine mammal experts from the Ocean Adventure; and student volunteers, he added.

“‘Tala’ was like in an intensive care unit for 50 days, it needed assistance 24 hours a day to make sure it will not drown or anything. We also made sure that the animal’s welfare was really addressed. It was given medications and we ensure it has its proper weight and that it has fully recovered before its release,” Aragones said.

He added that “they felt good seeing that their sacrifices for ‘Tala’ have resulted in its return to its natural habitat in good health.”

Aragones urged the public to be part of the protection and preservation of the environment and wildlife.

“Lahat tayo ay source ng problema sa ating kalikasan (All of us are sources of the problem of our environment), the best we can do is to be part of the solution though, like what the volunteers and everyone who helped ‘Tala’ did,” he added.

“BFAR Region 1 Director Lilibeth Signey said the efforts and resources that went into rehabilitation of ‘Tala’ was worth it, because she lived and was brought back to the sea. She called on fishermen to protect the sea by stopping the use of destructive means of fishing because these are detrimental to the lives of gentle sea creatures like dolphins,” she said in the official Facebook page of the BFAR Region 1. (PNA)