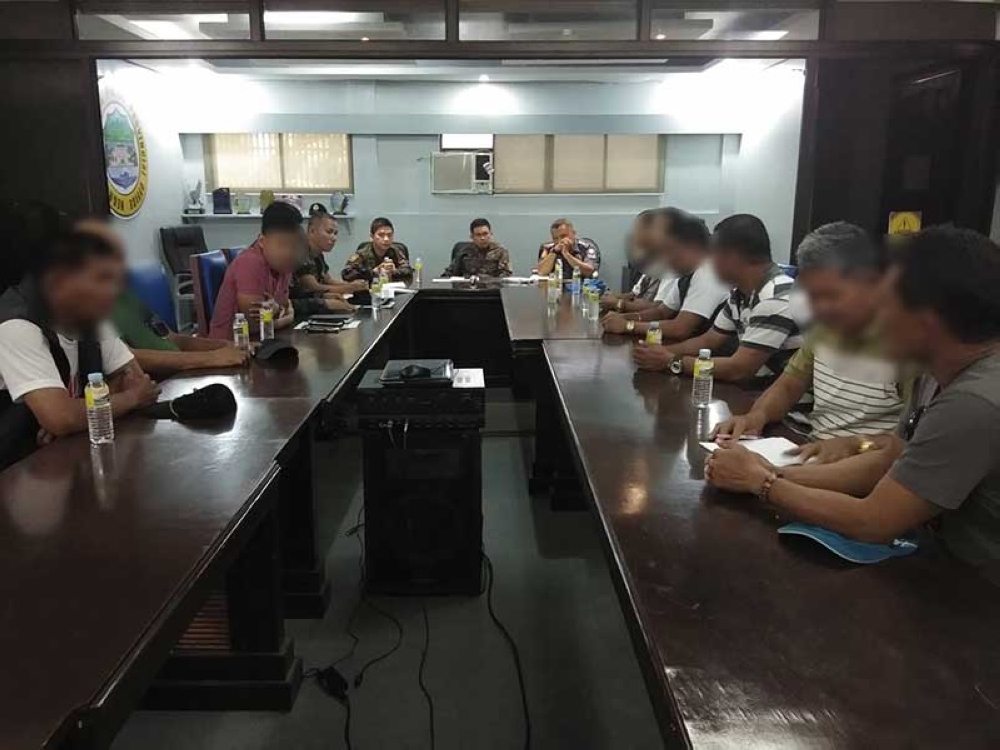 FOUR out of 30 village chiefs in Isabela, Negros Occidental are reportedly facing threats from the suspected rebels.

This was revealed by one of the seven village chiefs who met with Senior Superintendent Rodolfo Castil Jr., director of Negros Occidental Police Provincial Office (Nocppo) at Camp Alfredo Montelibano Sr. in Bacolod City Friday.

The village chiefs, whose names were withheld for security reasons, talked to Castil their concern regarding their security and protection in the town following the killing of incumbent Libas village chief Rhoy Pagapang this week and former San Agustin village chief Agapito Euroba two weeks ago.

As this developed, Ka JB Regalado, spokesperson of Leonardo Panaligan Command (LPC) of the New People's Army (NPA), denied the allegations of the village chiefs.

He said they have not sent death threats to the four village chiefs.

On August 20, Pagapang was shot to death by four unidentified men at Barangay Cabcab, where he was supposed to meet somebody. He was with a village watchman when the incident happened but the latter was unharmed.

Pagapang was previously involved in a shooting incident two months ago in Barangay Libas, victimizing a couple. A frustrated homicide case was even filed against him.

On August 10, former village chief Agapito Euroba of Barangay San Agustin was also gunned down by the rebels, claiming that he was an alleged “military asset.”

Both incidents were claimed to be perpetrated by the rebels. They alleged that both barangay officials were “military assets.”

One of the village chiefs said they are asking for additional military troops and police forces in the town to neutralize the perpetrators.

He said they are not providing information to the military or police regarding any movement from the rebels because they do not even see them. But still, they are being identified as alleged “military assets.”

He said they would want more police presence in each barangay to protect them and their families as well.

He also said that the killings involving village chiefs in the town are already alarming.

“Whoever is behind this plot, should stop this because our families suffer also,” the village chief added.

“Sino masunod? Indi na ni lahog-lahog kay nabuynan na kami isa” (Who’s next? This is not a joke anymore because one of them was already gone), he said.

He advised their fellow village chiefs to be extra careful and change their routines so they can’t be traced.

Another village chief, who is a retired army, said he was surprised when he was informed by a law enforcer that his name is allegedly included in a “list” of the rebels.

Another village chief also alleged that the threats could be politically-motivated but he urged those people behind it to stop because it already brought fear to them and their families.

These village chiefs have yet to meet with Mayor Joselito Malabor to discuss their concerns but they appealed to him to settle the issue of insurgency and other related problems as soon as possible.

Castil said he already deployed more policemen in the town, however, he refused to divulge the number of these forces since they are doing covert operations.

The police director said he was even surprised when he was informed about the meeting with these village chiefs.

He said they provided them with more policemen for their personal protection as well but these forces will conduct regular patrol operations especially in critical areas in coordination with the Regional Mobile Force Company–6 and the Philippine Army.

Castil assured them that they will maximize the security in the town to avoid the recurrence of the incident.