Duterte scoffs at Alejano: I will have my internal organs 'opened' during Israel visit 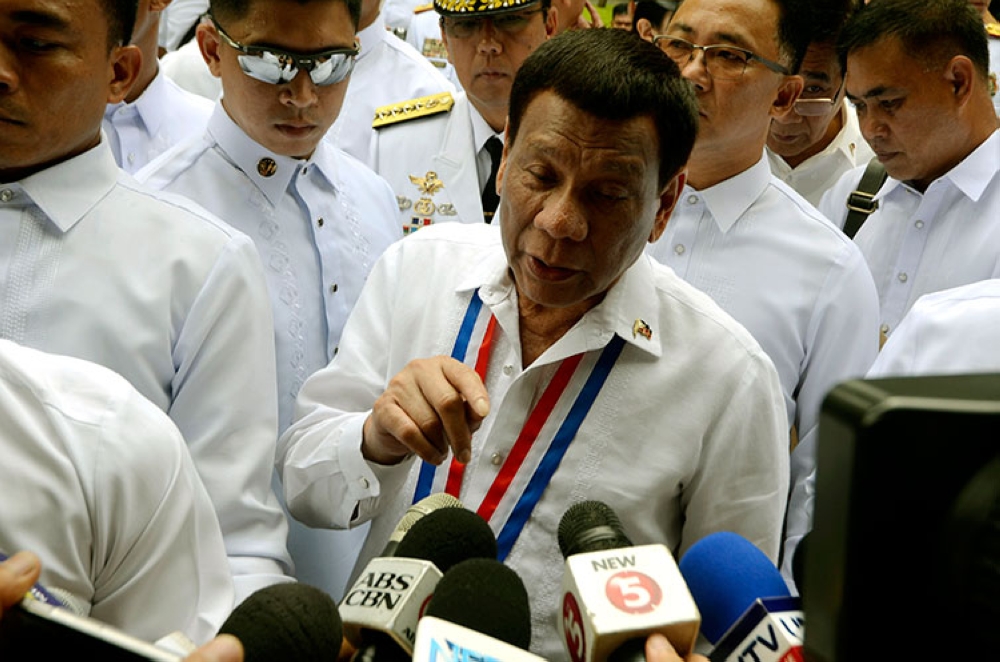 PRESIDENT Rodrigo Duterte on Monday, August 27, merely ridiculed Magdalo Representative Gary Alejano's allegation that the Chief Executive would go to Israel in the first week of September to have his health checked.

Satirical about Alejano's claim, Duterte quipped that he would have his internal organs "opened" during his three-day visit to Israel from September 2 to 5.

"And then I can have my stomach open, my chest open, and my brain," he added.

Duterte made the remark after Alejano urged the Palace to disclose the health condition of the 73-year-old President, whom he alleged to be "seriously ill."

The opposition lawmaker also noted that Duterte's trip to Israel has something to do with the Chief Executive's health.

"Ayun sa aking bubuwit, itong trip na ito ay hindi patungkol sa OFW kung hindi patungkol sa kalusugan ng pangulo (According to my source, this trip is not about OFWs but about the President's health)," Alejano, a staunch critic of Duterte, said in a Twitter post.

Malacañang, however, merely downplayed Alejano's revelation as "misinformation in aid of election."

Rumors about Duterte's failing health condition spread after communist leader Jose Maria Sison earlier announced that the President was in comatose since August 19.

Duterte disputed Sison's allegation by going on live on August 20, reassuring that he is "alive" and "fairly healthy."

Despite speculations about his health, Duterte said his visit to Israel was also an opportunity to reward some retiring military and police officials for their exemplary service.

"I am tired to listening to [Sison]," Duterte said. "I would be going there [to Israel] with some of the retiring military and police officers. Marami kami. That is my gift to them for serving the country." (SunStar Philippines)