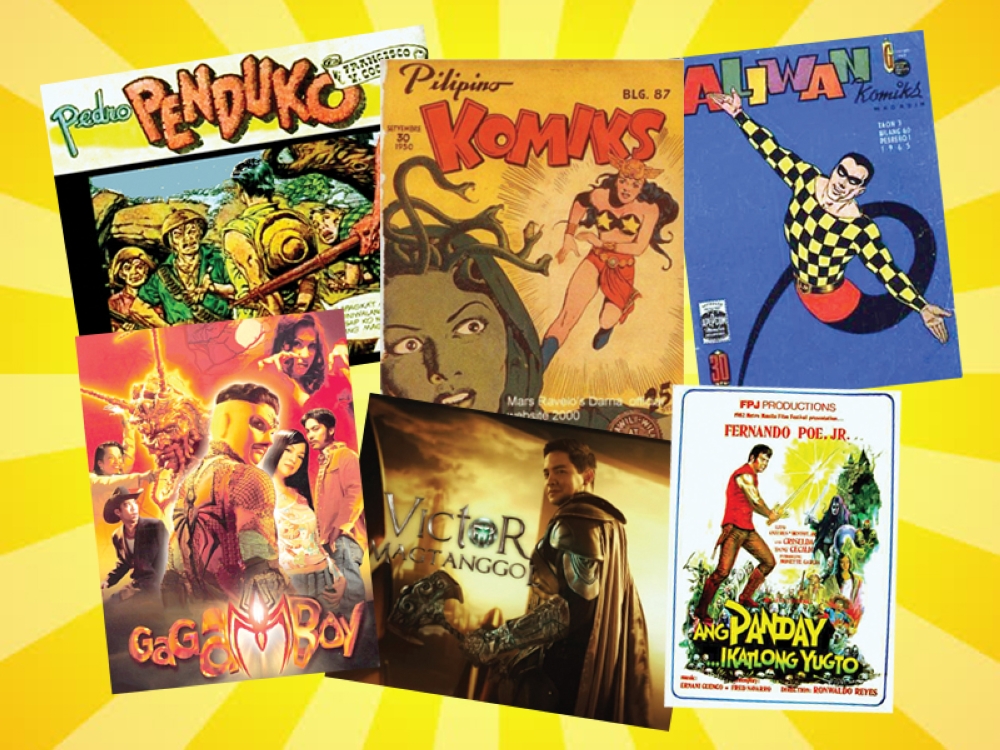 WE tirelessly line up in cinemas whenever Hollywood comes up with another superhero movie, but have we forgotten about our own Filipino superheroes? We have creators like Carlo J. Caparas and Mars Ravelo who created their own literary universe in comics. Since August is the month we celebrate Philippine literature and national heroes, let’s put these things together and recall the Filipino superheroes we adore.

Mars Ravelo is best known for this super girl. The protaganist Narda turns into Darna after swallowing a white stone and shouting her superhero name. Unknown to some, “Darna” is a remake of Ravelo’s earlier work known as “Varga.”

Pedro Penduko is a creation of Francisco V. Coching and is set for a remake starring James Reid. The hero is the son of a fairy and a human being, and he goes on a journey to find his lost mortal father. He acquires superpowers by wearing a magical amulet, and he fights supernatural beings popular in Filipino folklore.

From the name itself, Filipinos can already figure out what he does—he’s elastic and stretchable. Another Mars Ravelo creation, Lastikman is the Filipino version of Marvel’s Mr. Fantastic and a little bit of DC’s Green Lantern because Lastikman can also shapeshift (but not like X-Men’s Mystique but more of Elastigirl of The Incredibles). However, Lastikman is not exactly Filipino because he’s an alien who got trapped on Earth.

Created by Carlo J. Caparas, “Ang Panday” is one of the most famous Filipino superheroes and the franchise has gone through several remakes. It is about a blacksmith who creates a knife from a meteor and a church bell. This knife turns into a sword when pointed to the sky. Panday, whose real name is Flavio, uses this weapon to fight the forces of evil. Panday is likened to that of King Arthur and Thor, both of whom uses a weapon only the worthy can.

Deriving his powers from a spider (gagamba in Filipino), Gagamboy is the Filipino version of Spiderman. He goes by the name of Junie who is an ice cream vendor. However, unlike Spiderman who was simply bitten by a mutated spider, Gagamboy actually swallowed a spider (beat that Spiderman!). His enemy is Dodoy who turns into Ipisman because he swallowed a cockroach (ipis in Filipino).

The most recent superhero series stars heartthrob Alden Richards in the lead role. He wields a hammer and comes from a complicated and dysfunctional family. The main conflict in the series is caused by his siblings who hate their father. Most people liken Victor’s powers similar to that of Marvel’s Thor, the Norse god.