Scraps can be fashionable, too 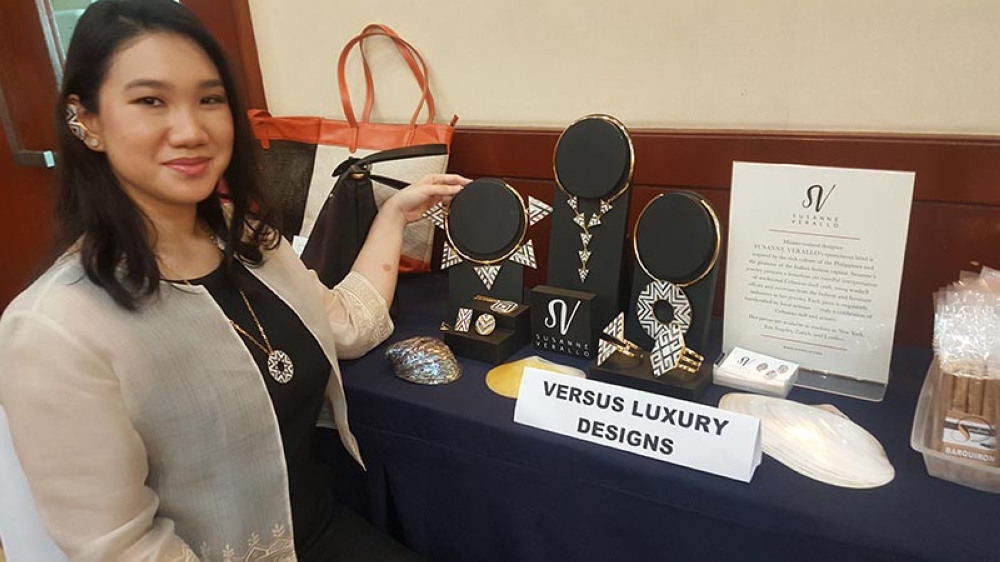 THE 12-week mentorship program of the Department of Trade and Industry (DTI) and Go Negosyo has helped a 30-year-old designer learn the basics of running a business.

Susanne Vanya Verallo was initially encouraged by her parents, who are medical professionals, to pursue nursing in college.

But her inclination toward the creative spectrum made her turn down her parents’ dream for her three weeks before her high school graduation.

“I wanted to do something great,” said Verallo.

She took up interior design in the University of San Carlos, which exposed her to design-led industries like furniture and fashion.

After college, Verallo worked in a furniture company.

To hone her craft and expand her creative knowledge, she went to Milan to pursue a one-year product design course.

She said this opened her to the many possibilities in the thriving creative sector.

Verallo shared she was commissioned for projects such as designing furniture for the thanksgiving mass for the sainthood of San Pedro Calungsod.

Her stint in the design-intensive furniture business has also led her to pursue a passion in a related industry, fashion accessories.

In 2016, the young entrepreneur ventured into designing bags. She released her first collection in that year but the newfound venture did not not flourish.

“I had to rethink. I then thought of making jewelry out of the scraps from industries like fashion and furniture,” said Verallo.

With the help of an artisan, Verallo poured her heart into designing fashion accessories made of seashell offcuts and overruns from fashion and furniture industries that celebrate Cebuanos’ skill and artistry.

Her handmade pieces such as necklaces, earrings and bracelets are positioned to cater to top-tier markets, with prices ranging from $95 to $180 per piece.

She took advantage of social media to make her brand known abroad. Her pieces, she said, are now available at stockists in New York, Los Angeles, Zurich, and London.

Verallo is one of 25 participants of the Kapatid Mentor Me (KMM) program who graduated yesterday.

Verallo admitted that while she is already exporting her products, she has no background in business.

“I feel lost when people ask me, how’s my business doing?” she said, adding that while she is well-versed in the creative and production side, she lacked knowledge in the technical side of the business.

According to Verallo, the mentorship program of DTI has helped her run the business professionally.

She also shared that a mentor even suggested to elevate the brand image and it inspired her to design and create limited edition pieces.

Since the program’s launch in October 2016, the DTI-Cebu has implemented four runs of the mentorship program, producing a total of 108 graduates.

Batch 4 participants come from different business sectors--14 are in processed food, five from services, three from agri-business, two from wearables and one in trading.

Past graduates of the program, according to KMM mentor Virgilio Espeleta Jr., have their own success stories to share. He said some have expanded their production, improved their packaging and branding, incorporated their business from single proprietorship, and applied patents for their design and logo.

“This mentorship that we are offering provides them with the awareness and the horizon they can pursue,” said Espeleta, who is also vice president for business development of CCCI.

One successful KMM story is the entrepreneurial journey of Ma. Aleta dela Calazada, owner or Alter to Enhance (A.T.E.) Clothier, who recently expanded her clothing business to Manila.

DTI 7 Director Asteria Caberte reminded the KMM graduates to take to heart the 7Ms to survive and succeed in the challenging world of business—mindset, mastery, market, money, machines, mentoring, and models.

“Be open to new learning. Put in the extra effort and take advantage of government-initiated programs and projects for entrepreneurs,” said Caberte.

The DTI 7 chief assured the startup entrepreneurs that the current administration fully supports the micro, small and medium enterprises (MSMEs) by providing financial support for their development.

After the batch 4 graduation, the DTI Cebu will launch batch 5 next month, the last round of mentorship for the year.