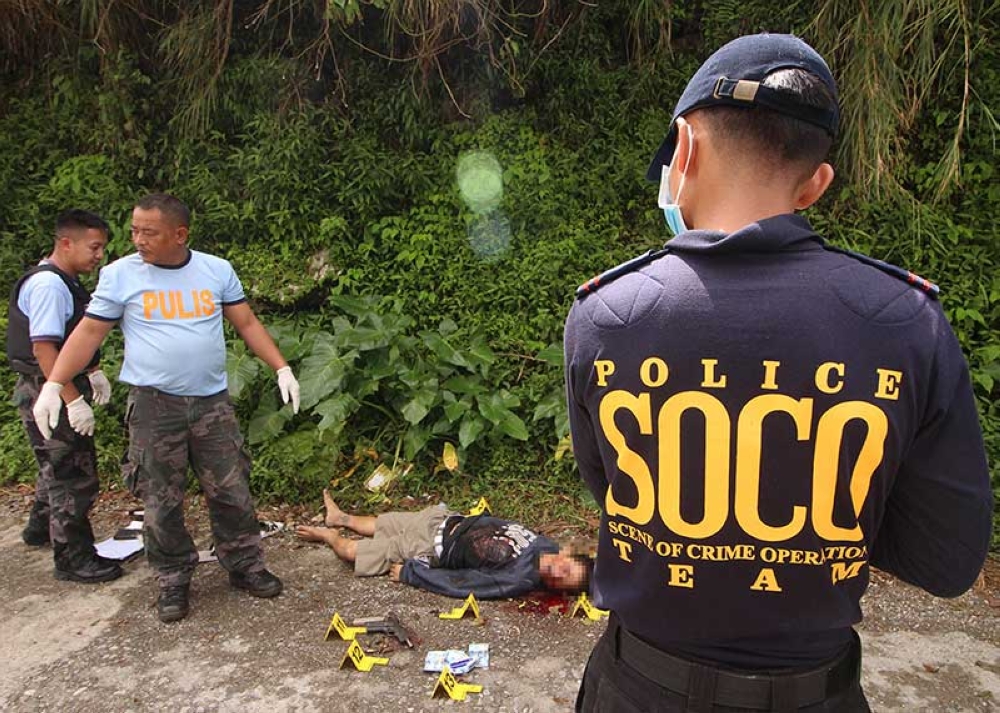 On August 28, Pedro Badong Animalis including a still unidentified male cadaver who are allegedly members of the Pagari group involved in drug peddling and gun running were killed in a shootout along Bontiwey, Badiwan, Marcos Highway, Tuba, Benguet.

According to police report, operatives of the intelligence unit of Benguet Provincial Police Office, Baguio City Police Office (BCPO) and members of Tuba Municipal Police Station were conducting an operation in the area when the shootout happened.

The unidentified male tried to run towards the forested area but was chased until he was also hit.

The suspect, who is from Quezon City tried to elude police manning a checkpoint and fired a gun prompting the operatives to return fire which led to his death.

Recovered from his possession were one marijuana brick wrapped with a masking tape having an estimated dangerous drug board (DDB) value of P120, 000 placed inside a black back pack, one paper bag filled with suspected marijuana worth P30, 000; one black coin purse containing cash amounting to P2, 300; small plastic heat sealed sachet of suspected shabu with undetermined value; and one Caliber .38 with live ammunitions.