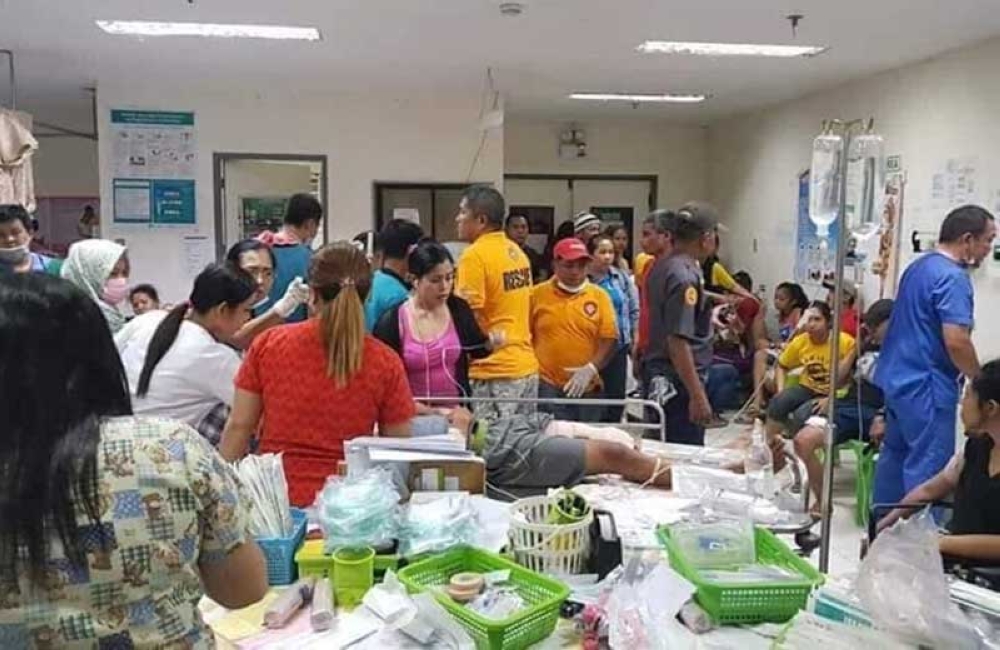 A YOUNG man who was critically wounded in the August 28 explosion in Isulan, Sultan Kudarat has succumbed to his injuries, bringing the death toll to 3, police confirmed on Thursday.

As this developed, 6th Infantry Division Commander Brigadier General Cirilito Sobejana said they already have cartographic sketches of two persons of interest based on the description of witnesses.

He said the explosives and ordnance division has already identified the composition of the IEDs used in the bombing.

However, he declined to identify which of the local terrorist groups could have been behind the incident.

Superintendent Aldrin Gonzales, spokesperson of the Police Regional Office in Soccsksargen (PRO 12), said Welmark Jhon Lapidez, 21, who was earlier reported to be in critical condition died while under treatment at the General Santos City Hospital.

Two persons instantly died while at least 35 others, including soldiers, were wounded when an improvised explosive device (IED) exploded around 8:30 p.m. on August 28 in front of an ukay-ukay (used clothing) shop in Barangay Kalawag 3 in Isulan town.

Those slain were identified as Davy Shane Alayon, 7, and Leni Ombrog, 52.

Isulan officials cancelled activities that were lined up for 61st founding anniversary celebration as well as the Hamungaya Festival because of the incident. (SunStar Philippines)