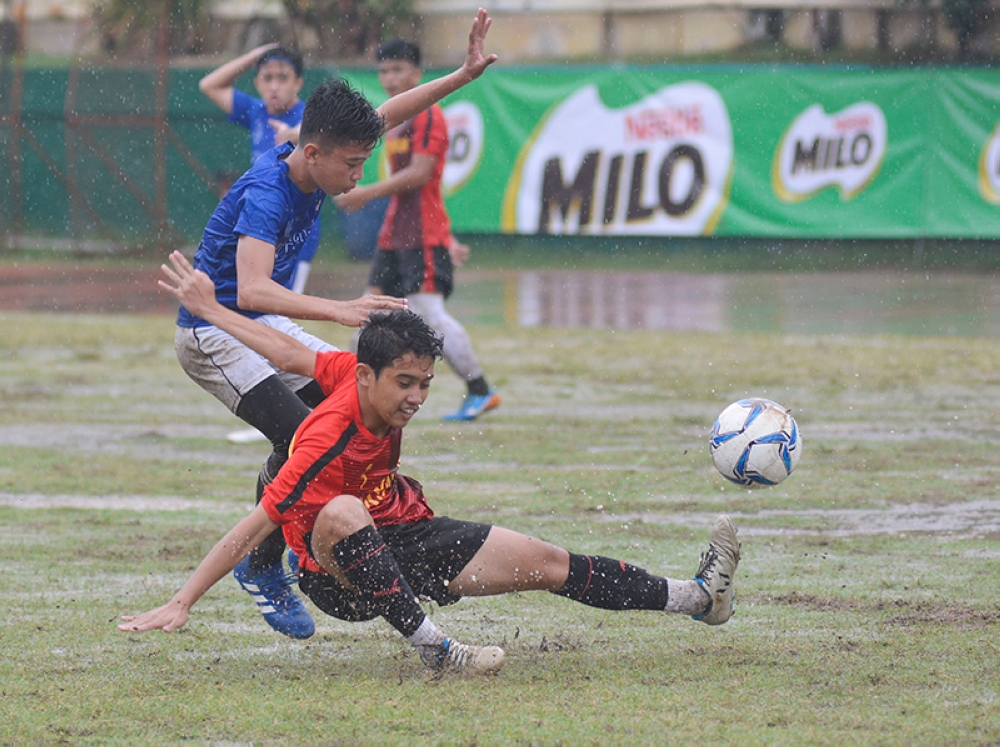 IT was the tale of two athletes that took the spotlight on the first day of competition in the 2018 Milo Little Olympics Visayas Regional Finals, as they captured gold medals in their final year of the school-based sporting meet.

Jessie Abelgas of Sisters of Mary Boystown and Mary Joy Loberanis of University of San Carlos-Basic Education (USC-Bed) used their experience to dominate in their events in the high school division at the Cebu City Sports Center (CCSC) yesterday.

The 16-year-old Abelgas clocked a personal best of 17 minutes and 19 seconds in the boys’ 5,000-meter run to become the event’s first gold medalist for the second straight year, while Loberanis was equally impressive as she dominated the girls’ 1,500m run with a time of 5:02.

Loberanis has honed her skills in this event with nearly a decade stint starting as a second grader at seven years old. On the other hand, Abelgas was a late-bloomer with only a two-year stint, but in that two brief years, he produced gold medals that gave a jump start to his career.

“There have been changes since I won the first gold medal last year. We’ve got more support from the people around us. The Philippines Sports Commission even gave us a new pair of shoes and that was the first time to use that kind of shoes. The Cebu Provincial Sports Commission has also helped us in our training, ” said Abelgas.

The Abuyog, Southern Leyte-native Abelgas hopes to turn his skills into an opportunity of landing a scholarship program and chase his dream to become a seaman.

On the other hand, Loberanis, now a Grade 10 student, just wants to enjoy her final stint.

“I want to enjoy this one and I did not pressure myself since this is my last year. I spent a total of nine years in this event and I really treasure those experiences,” said Loberanis, “I’ve learned self discipline, love for the team and school on this event. I also compete for my family every time I train I thought of them.”

Loberanis said her goal this year is to defend her individual titles and help her school win the relay events. She already did that in the 1,500m and will still have stint in the 800m, 3,000m, and the 4x100m and 4x400m relay.

Over the pool, Aklan’s Kyla Soguillon made her presence felt with two individual gold medals and one bronze. She won the girls’ 200-meter individual medley (2:40), topped the 400m freestyle (5:03) and settled for bronze in the 200m breaststroke (3:03).

In basketball, the defending champion Bacolod Tay Tung High School slammed CEC, 62-38, at the SHS-AdC gym in Canduman, Mandaue City, to advance to the quarterfinal round.