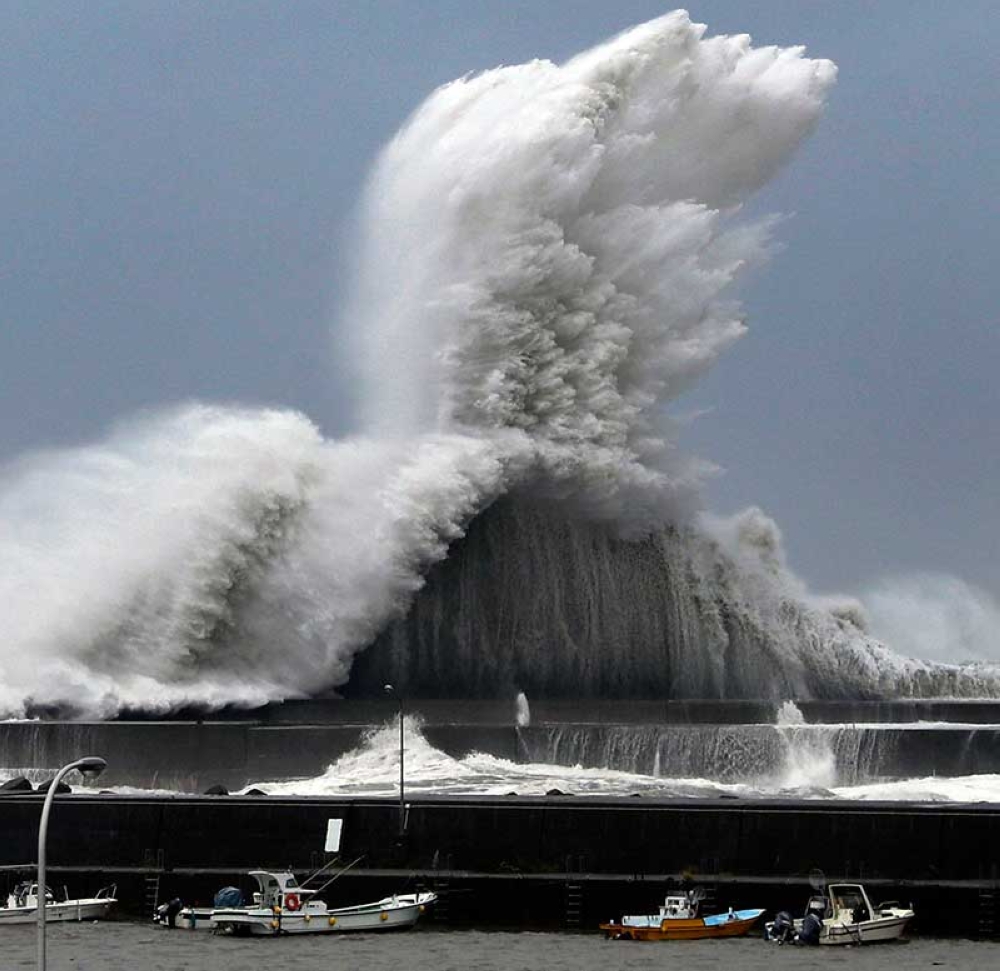 Jebi was the strongest typhoon to make landfall in Japan since 1993, according to Japan's Kyodo News service.

The storm was heading north across a swath of Japan's main island of Honshu toward the Sea of Japan. It was off the northern coast of Fukui on Tuesday evening with sustained winds of 126 kilometers per hour (78 miles per hour) and gusts up to 180 kph (110 mph), the Japan Meteorological Agency said.

In the hard-hit city of Osaka, high seas poured into Kansai International Airport, flooding one of its two runways and cargo storage and other facilities, forcing the airport to shut down, according to the Ministry of Land, Infrastructure, Transport and Tourism.

A 2,591-ton tanker that was mooring slammed into the side of a bridge connecting the airport to the mainland, damaging part of the bridge and the vessel. The tanker's 11 crew members were not injured and remained on board, according to a regional branch of Japan's coast guard.

The typhoon first made landfall on Japan's southwestern island of Shikoku and then again near Kobe on Honshu. Television footage showed fallen tree branches and high seas overflowing onto low-lying areas.

More than 700 flights have been canceled, according to Japanese media tallies. High-speed bullet train service was suspended from Tokyo west to Hiroshima.