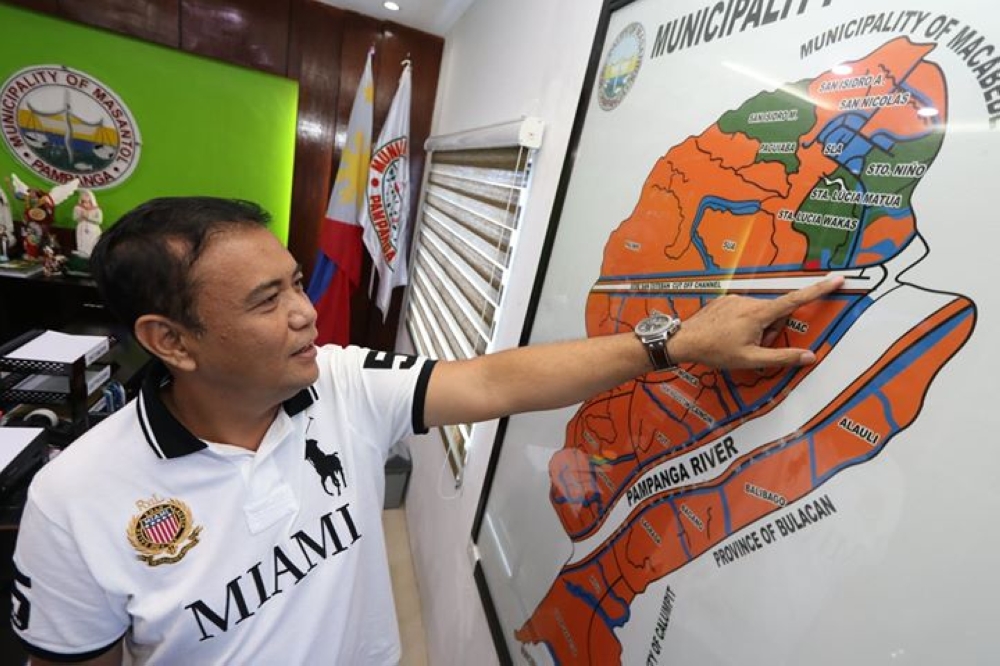 THE Hanjin Heavy Industries and Construction Corporation (HHICC) is set to undertake a major flood-control project that is expected to ease the perennial flooding problem in low-lying towns in Pampanga.

The Department of Public Works and Highways (DPWH) has partnered with the Korea Economic Development Cooperation Fund for a P4.7-billion flood mitigation project dubbed as “Integrated Disaster Risk Reduction and Climate Change Adaptation in Pampanga.”

The project was initially set to commence last August, but was delayed this September due to consecutive typhoons and is expected to be completed before the term of President Rodrigo Duterte ends in 2022.

“This is the project that we have long been waiting for here in the fourth district of Pampanga. This will help solve the perennial problem f flood particularly here in Masantol which is the catch basin of water coming from the north during the rainy season,” Guintu said.

In the portion of Masantol alone, Guintu disclosed the project will work on some 11 kilometers of the river, where a protective dike and sheet piling at the river banks will be constructed to protect the communities in the area.

A protective dike will also be constructed at the eastern branch of the Third River in Sto. Tomas town while dredging and embankment works will be done for the Caduang Tete River to protect the houses in the area.

“When this project is finished, we can expect the fast and enhanced flow of water from Sapang Maragul near barangays Sta. Cruz, Cambasi, Bebe Anac, Sua and Palimpe here in Masantol going to the Third River in Sto. Tomas,” Guintu explained.

“We’ve also discussed with DPWH Secretary Mark Villar and Governor Lilia Pineda about the year-round dredging of the mouth of Pampanga River to hasten the flow of water to Manila Bay that will solve prolonged flooding in the town,” he furthered.

Guintu said that the project is designed to minimize and not to totally eliminate flooding in Sto. Tomas, Minalin, Macabebe and Masantol towns as the areas are geographically low-lying and coastal in nature.

“Masantol is known as a catch basin and we really cannot totally avert flooding. But our target here is to solve prolonged flooding which affects the lives of people and the economy of the town,” he said.