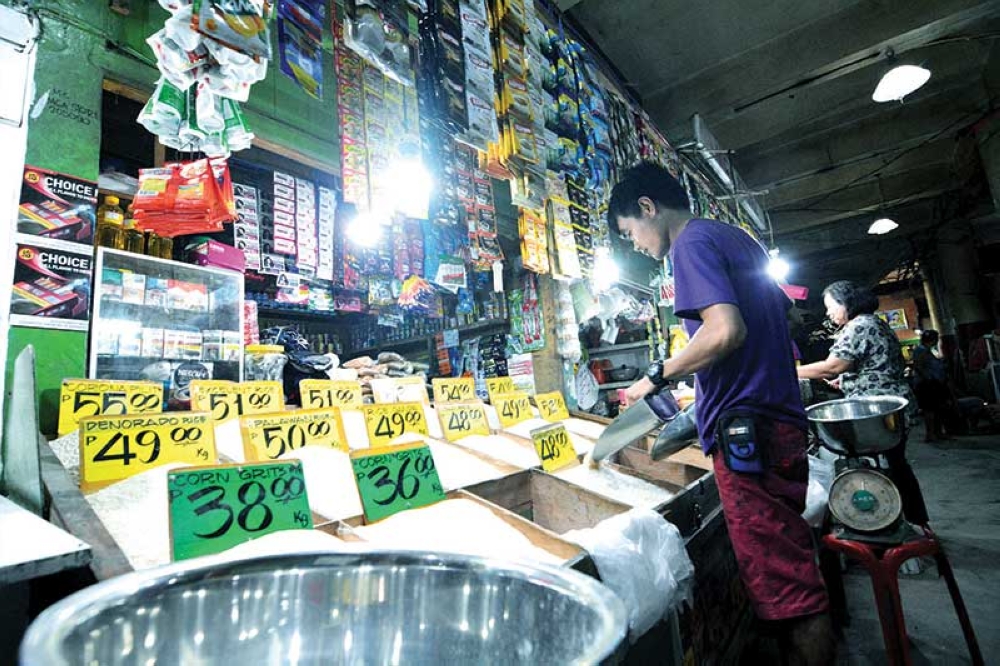 The higher than expected inflation was attributed to weather disturbances and continued uncertainty in rice supply. Energy and transport prices also contributed to the uptick in inflation.

Last week, the Department of Economic Research of the Bangko Sentral ng Pilipinas projected August inflation to settle at around 5.9 percent with a range of 5.5 to 6.2 percent, expecting a slight deceleration of the month-on-month inflation.

“Much of it has to do with food supply shocks. Rice in particular. These warrant more decisive non-monetary measures to fully address,” Espenilla said, in a statement.

Espenilla said the oil prices also affected transport and power prices, while the peso was being affected by “emerging market uncertainties” and the strong US dollar.

However, he pointed out that strong domestic demand is also making it “too convenient” to pass on higher costs to consumers. He assured that the BSP will weigh the need for further monetary policy action and that recommendations will be presented to the Monetary Board in its next meeting on Sept. 27.

“It is most critical at this point to restore inflation back to the target range soonest and securely anchor inflationary expectations,” he said.

“We’re hopeful that the figure will taper off in the last quarter of 2018. We also expect inflation to go back to the two percent to four percent target by 2019,” said Budget Secretary Benjamin Diokno, at a forum yesterday.

“In the meantime, the government is fast-tracking the implementation of the social mitigating measures, especially the unconditional cash transfers and Pantawid Pasada Program,” he said.

Annual increases in the indices of the following commodity groups were higher compared with their annual rates in July 2018: food and non-alcoholic beverages, 8.5 percent; alcoholic beverages and tobacco, 21.6 percent; furnishing, household equipment and routine maintenance of the house, 3.5 percent; health and restaurant and miscellaneous goods and services, 4.0 percent; and recreation and culture, 2.4 percent.

Lawmakers called on the Duterte administration to focus on addressing economic problems and fire its economic managers for alleged inefficiency.

House minority leader and Quezon Rep. Danilo Suarez, during the weekly press conference of the House minority bloc yesterday, said the administration should consider removing its economic managers for failing to rein in inflation.

Bayan Muna Rep. Carlos Zarate said “the blame for the staggering and record-high 6.4-percent August inflation should fall squarely on President Duterte and his economic managers.”

He warned that with the impending passage of Train 2 or the Tax Reform for Attracting Better and High Quality Opportunities (Trabaho) bill, the nation is “in for an even worse situation.”

Consumers who are affected by the increase of prices of the goods in the market have intensified their way of saving to cope with the situation.

At a supermarket, Aubrey Alfante said that most of the prices of grocery items she buys every week have increased, especially beverages.

Alfante said that from buying a dozen packs of juice, she reduced it to eight packs. Sometimes, she buys cheaper products as a substitute.

Michelle Debalucos, a sari-sari store owner, said that the increase in prices has had a great effect on consumers.

Debalucos shared that she adjusted the way she purchases items for her store.

She said that she is also slowly increasing the prices of her products.

Student Kendrick Ceciban no longer uses his car every day. He only drives when he has to go to places that are not accessible by public transportation. (Mia E. Abellana-Aznar and Jerra Mae Librea, USJ-R Intern with SunStar Philippines)