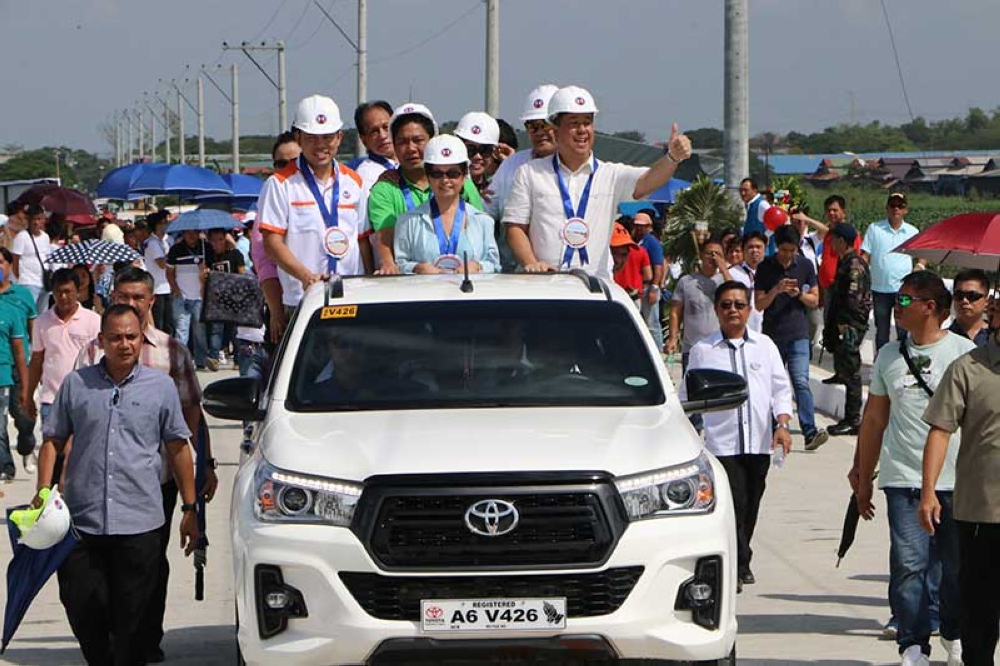 AN ALTERNATIVE road network bypassing the busy MacArthur Highway in the southwest part of Pampanga is now ready for use by motorists following the opening of the Pasac-Culcul Bridge 1 and 2 along the Sto. Tomas-Minalin Road in Minalin town.

House Speaker Gloria Macapagal Arroyo and Department of Public Works and Highways (DPWH) Secretary Mark Villar led the inauguration of the bridges, which were the replacement of the two temporary bailey bridges. Their capacities have been increased to prolong service life.

Villar said the construction of the bridges are part of the DPWH Bridge Construction Replacement Program aimed at providing safer and sturdier links along national roads that also serve as diversion roads to help decongest traffic along major thoroughfares.

From the North Luzon Expressway San Simon exit, the new road network traversing the towns of Minalin, Bacolor, and Guagua going to the Jose Abad Santos Avenue will provide a faster route for the motoring public, Villar said.

“The unveiling and opening of the Pasac-Culcul Bridges 1 and 2 is part of President Rodrigo Duterte’s Build Build Build program which is aimed at uplifting the socio-economic status of Pampanga and its people, as well as nearby provinces in Central Luzon,” he said.

Villar cited the expected effect of the newly-constructed bridges on the business and industrial sectors in Pampanga’s fourth district, as well as the province’s second district, which will also be served by the said road network.

Arroyo, for her part, cited the major role to be played by the road network interconnecting the two Pampanga districts in the new Pampanga Development Plan.

“Businessmen and investors are looking for a circumferential road. We, together with Congressman [Juan Pablo] Rimpy Bondoc, looked for the missing links to connect the second and fourth districts of Pampanga and we asked Secretary Villar to fund it and this is the result of it,” Arroyo said.

Minalin Mayor Edgar Flores, meanwhile, expressed his deepest gratitude to the DPWH, Arroyo and Bondoc for spearheading the program that is seen to spur economic, tourism and employment growth for Minalin.

“This is a dream come true for us. We have been asking for this, repeatedly knocking on the door of then President Arroyo with the help of then Congresswoman Anna York Bondoc since 2002, but we never got tired. And now we are very thankful, and at the same time proud, to finally present this to our people,” he said.