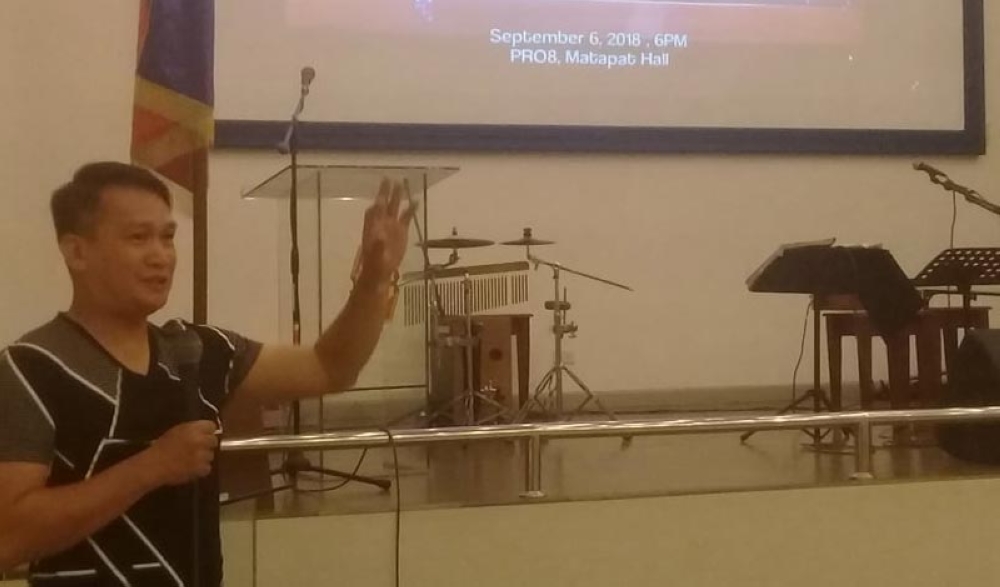 CHIEF Superintendent Dionardo Carlos, the new director of the Philippine National Police (PNP) in Eastern Visayas, lauded their partnership with the media, as he acknowledged its contribution to community building.

“We’re going to build a relationship with you. We want you to be our partner,” said Carlos in his first fellowship activity with the local media at the PNP headquarters in Camp Ruperto Kangleon in Palo, Leyte.

In his speech, Carlos assured the media that he will be accessible to them.

Carlos, a former PNP spokesman and chief of the PNP Aviation Security Group, said they are also training policemen to be “radio reporters” to help disseminate the PNP’s thrust to the community, aside from their regular press briefing and news releases.

“Your passion to your work in the media field and our passion to policing ensure the security and safety of everyone, bringing us all to come together as one that allows us to achieve our goals,” said PNP-Eastern Visayas spokesperson Senior Superintendent Ma. Bella Rentuaya.

To bring the PNP services closer to the community, Bella also urged the media practitioners to be “responsible” by reporting reliable and accurate information to the public.

Matt Manaog, program anchor of Bombo Radyo Tacloban and vice-president of PNP Region VIII press corps, assured Carlos and his administration that they will continue to uphold their duties and responsibilities despite the challenges.

“We’ll just do our respective jobs for the betterment of everyone,” he said.

Manaog also called on the new police chief to give his “best” for Eastern Visayas, saying “well done is better than well said.” (SunStar Philippines)