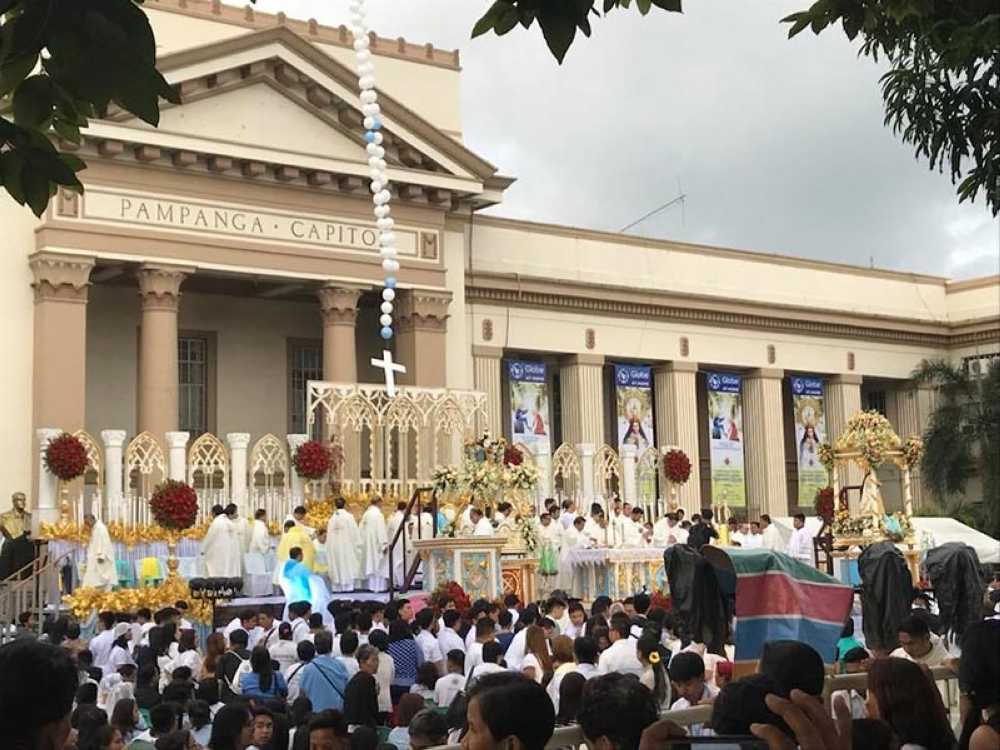 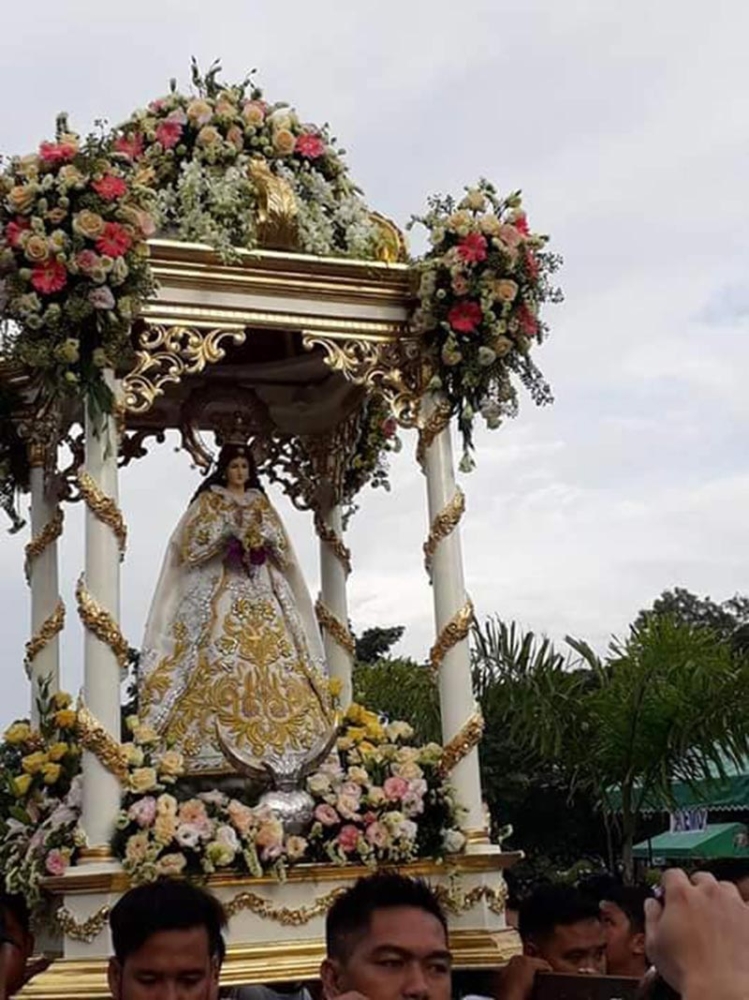 THOUSANDS of devotees from all over Pampanga gathered on Saturday, September 8, for the 62nd anniversary of the Canonical Coronation of Virgen Delos Remedios at the Capitol grounds here to express their fervent devotion for the intercession of Pampanga's patroness.

Devotees including students, workers and government officials, braved the early drizzly morning task of waking up and trooped to the Arnedo Park at the Provincial Capitol as early as 1 a.m. for the vigil and “mañanita.”

The celebration, dubbed the Crusade of Penance and Charity of the

Dubbed as “Patroness of Kapampangans,” the image of the Virgen Delos Remedios is brought around the province all year-round to visit the faithful in each city and municipality.

The devotion of Kapampangans to the Patroness is believed to be one of the reasons behind the many blessings that Pampanga has been receiving throughout the years, Lavarias said.

Lavarias also stressed in his homily the need to be steadfast in following God's word and never forget that the Church should and must always be a Church of the Poor.

For his part, Fr. Jess Mananbat, Archdiocesan Director of the Crusade, said that “the purpose of the crusade to narrow the gap between the

rich and the poor and end violence still hold true until today.”

“It’s very timely because we are calling for an end to extra-judicial killings happening nowadays,” added Manabat.

In 1952, Most Rev. Cesar Maria Guerrero, the first archbishop of

Pampanga, started the crusade “to remedy the surging tide of the social unrest in the province,” according to a study of Charles

Henry Espiritu, director of the Outreach Ministry of the University of the Assumption.

“The sight of this chaos and reign of terror in the province coupled with knowledge that the Capampangans were so profoundly religious were at odds because lack of mutual understanding and fraternal relations between the different social classes, thus the bishop (Guerrero) uttered: “Here in Pampanga, there is much piety but little charity,” added the study to explain why Guerrero started the crusade.

Guerrero did not seek help from the military but pinned his hopes on the faith and devotion of the Capampangans to the Virgin Mary, Manabat said.

the Virgen de los Remedios. The earlier request of Guerrero to the

Vatican was granted. (With JTD)