First winner of the Super B Idol sa Kantahan 2018 declared 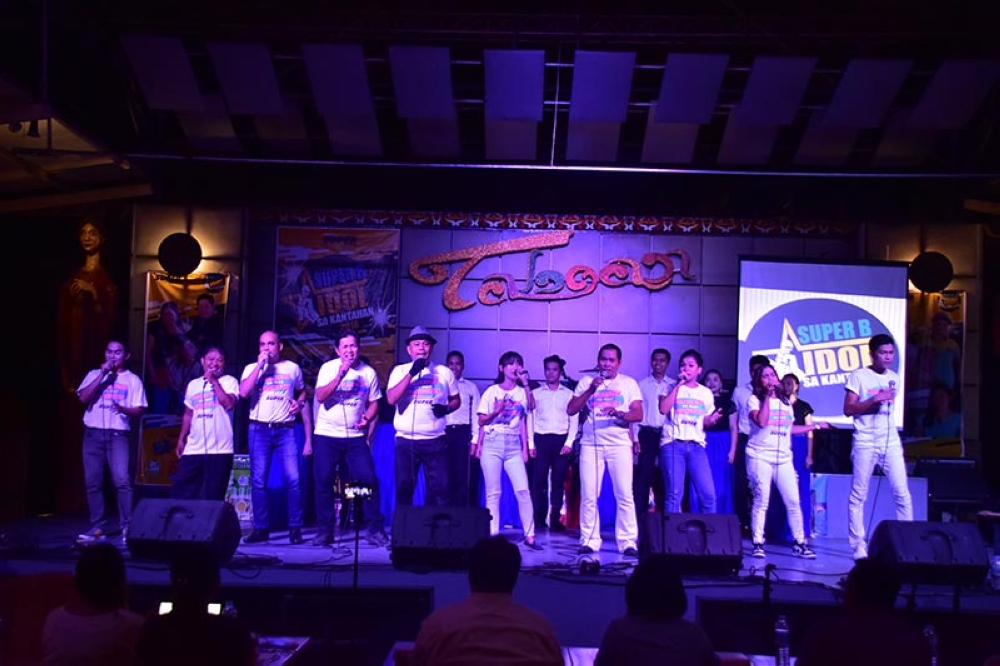 DAVAO. The 10 finalists during their production number. (Photo by Macky A. Lim) 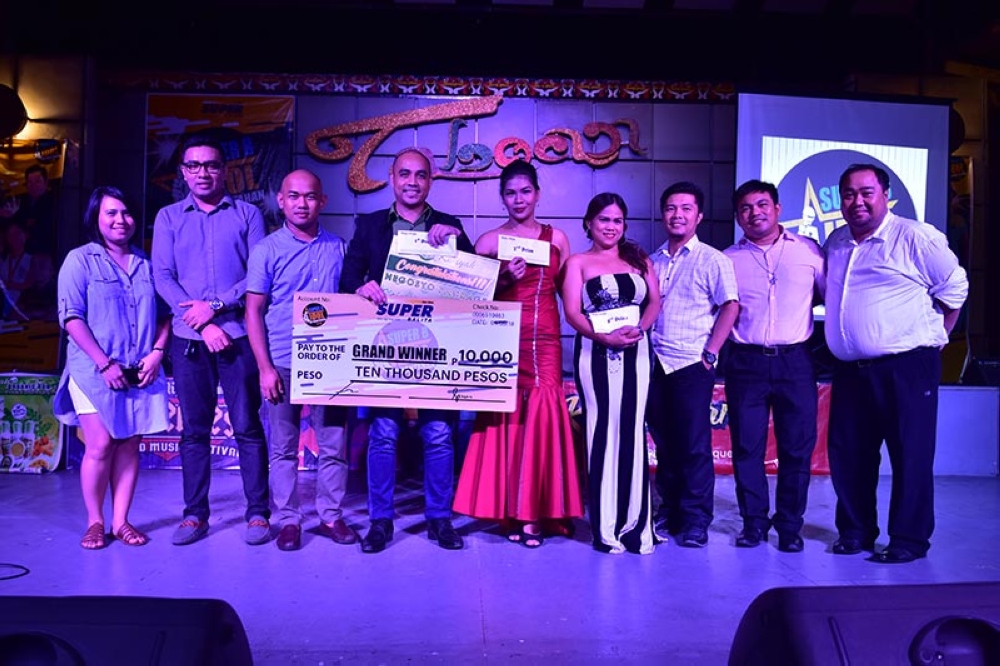 DAVAO. Winners with the judges (Photo by Macky A. Lim) 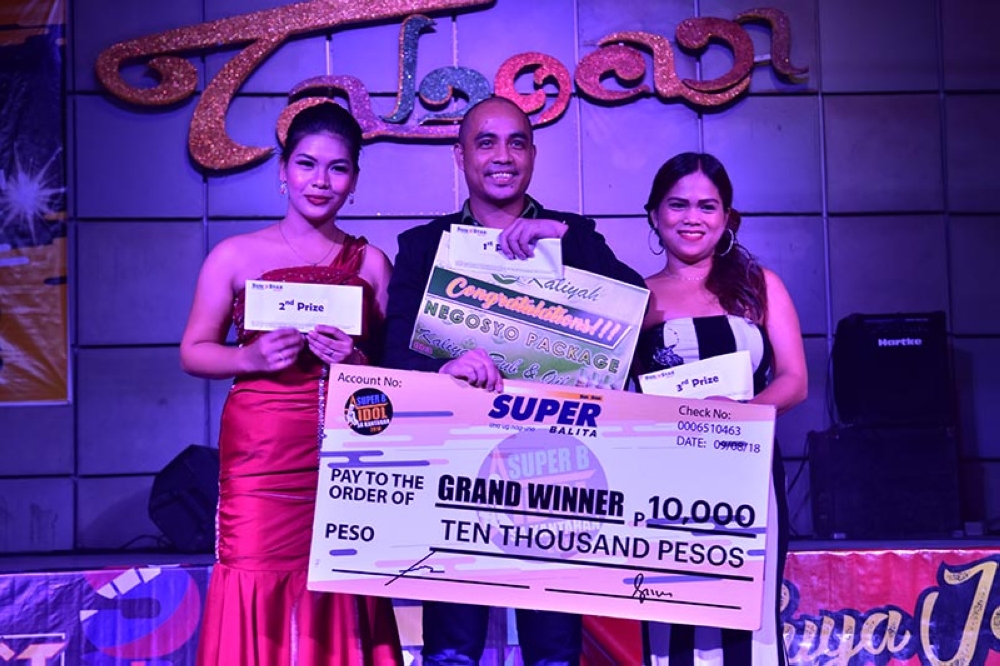 DAVAO. The top 3 winners of the first Super B Idol sa Kantahan 2018, which finished last Saturday, September 8, were all smiles. (Photo by Macky A. Lim) 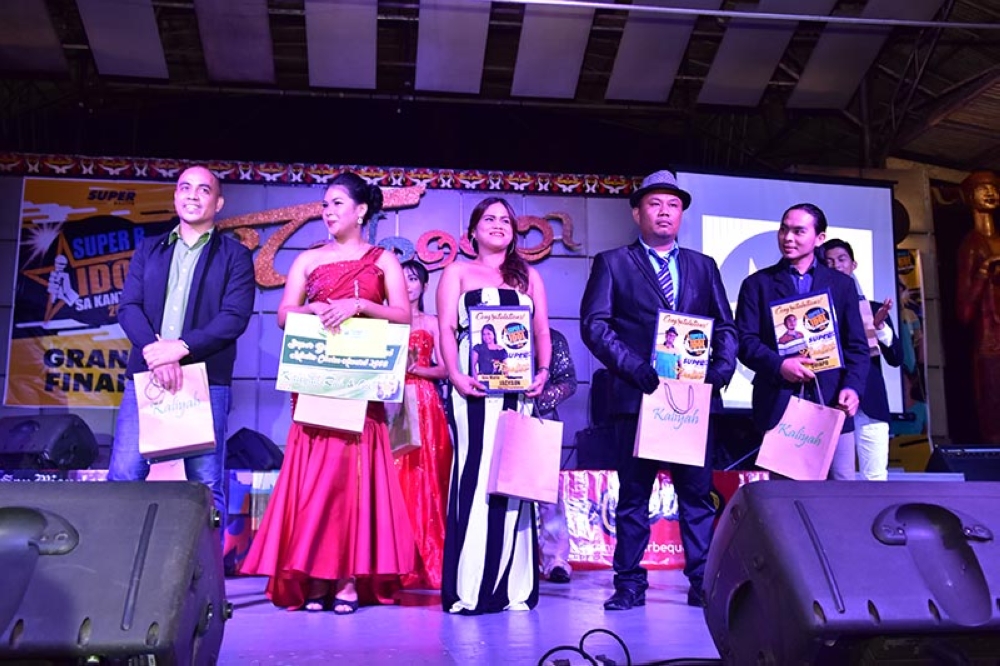 DAVAO. The top 5 finalists (Photo by Macky A. Lim) 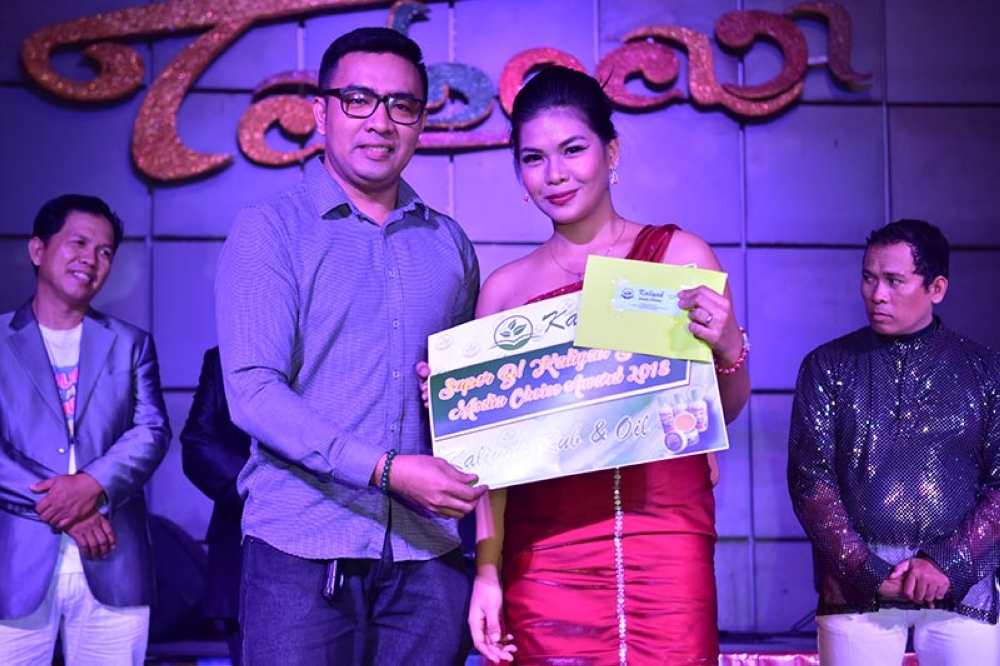 Last Saturday, September 8, 2018, despite the earthquake and the heavy rain, the show must go on for the finale of Super B Idol sa Kantahan 2018 at Taboan, Matina Town Square, Davao City.

Everyone was excited. From 6 barangays, 54 contestants were screened. They were trimmed to the last 10 contenders who competed in the last round.

The program started with a Doxology together with the Redemptorist Youth Ministry Animators while the Idol judges Rollie Calixtro and Fevie Andrea Pardillo sang “The Prayer”.

It was followed by the National Anthem led by the Koro Dabawenyo with their choirmaster Oliver Bernadez.

The first performance on stage was a production number of the participants and Koro Dabawenyo, performing all smiles while singing their version of “Kay Ganda ng Ating Musika”.

Then the performance proper of the 10 contestants followed.

Each contestant was instructed to prepare two songs, Tagalog and English, where they are given the chance to choose which they are going to sing on the first round. If fortunate and they advance to the Top 5, they are to sing the other song.

After the performances of the participants, the bigtime judges including Nhor Yahyah Lalong, CEO of Kaliyah Beauty Solutions, Rollie Calixtro, Fevie Andrea Pardillo, Abram John Alontaga, and Oliver Bernadez finally came up with the top 5.

At the end the five judges favored the performance of Barbac with his song You Are My Song.

Barbac bring home a P10,000 cash prize while he was also the awardee for the Super B Idol Reader’s Choice. He also brings home a Negosyo Package from Kaliyah Beauty Solutions.

Second runner up with P6,000 prize is the 4th year Criminilogy Student from the University of Mindanao Jilly Jean Canja. She was also the winner of the Kaliyah Social Media Choice Award which grants her a Negosyo Package as well.

During the show, entertainment and games were also done courtesy of the event’s sponsors.

The first inter-barangay singing competition of Super Balita was made successful through the support of barangay councils of Buhangin Proper, 74-A Matina Crossing, 22-C Piapi Boulevard, Mintal, and Pampanga.

Special thanks as well to New City Commercial Center (NCCC) for the meals provided for our participants during rehearsals and final setup.