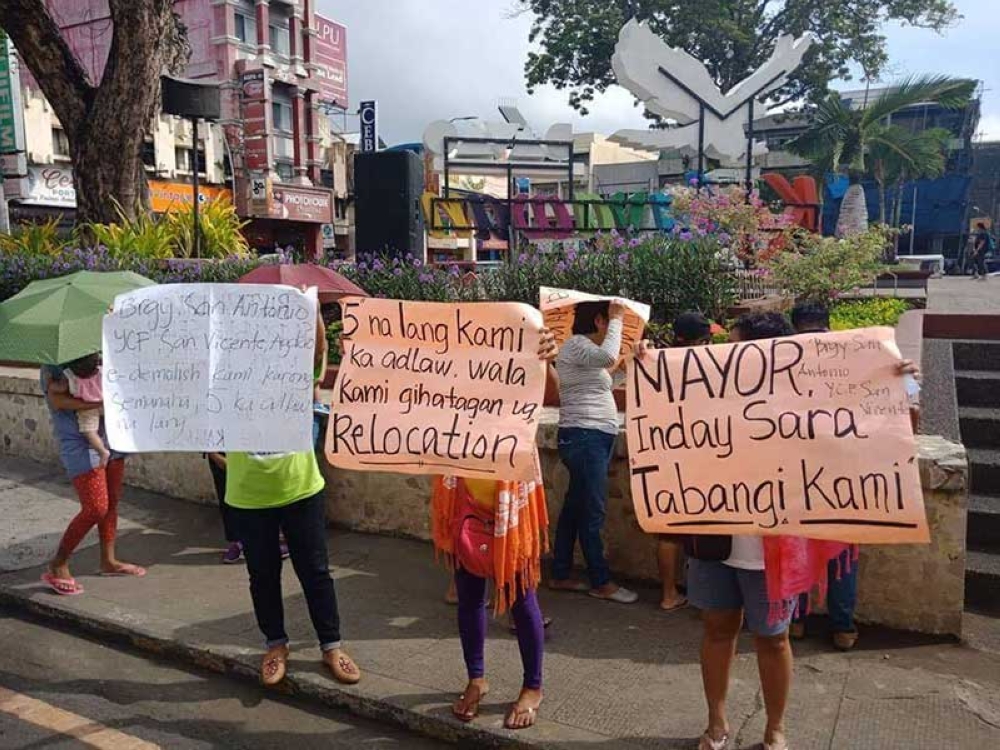 A notice of demolition was issued by the Municipal Trial Courts in Cities 11 branch 2 last September 7, giving the 13 families only five days to vacate the area that they have occupied since 1986.

“Nakuan mi kay lima naman lang kaadlaw ang gihatag sa amoa. Asa diay mi mubalhin? Wala man mi kabalhinan (We were given only five days relocate. Where should we relocate? We do not have a place to go),” said Ofelia Somoza, resident and president of San Vicente Neighborhood Association.

The residents said that they have been paying their monthly obligation since 1992 to the landowner, Jovencio Tancontian, although the latter sold the property to James T. Hoffer from Malabang, Lanao del Sur in 1981.