Filing of candidacy reset to October 11-17 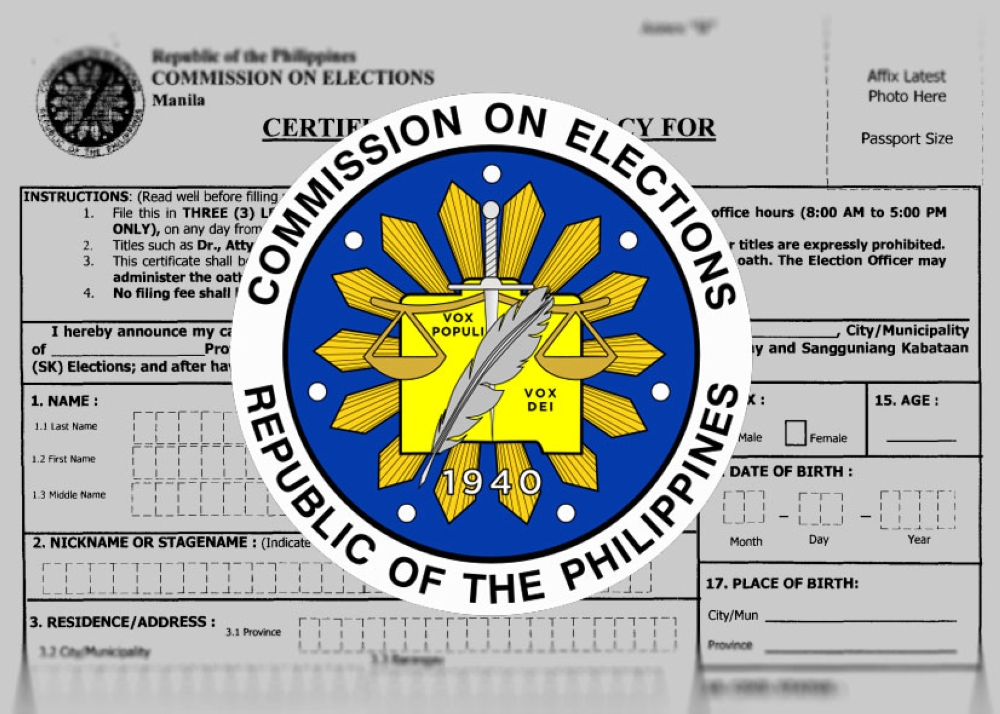 THE Commission on Elections (Comelec) has granted the request of Congress to reschedule the filing of certificates of candidacy (COC) for the 2019 mid-term elections to October 11 to 17, 2018.

In a Twitter post on Wednesday, September 12, Comelec spokesperson James Jimenez said "the COMELEC en banc has authorized the re-scheduling of the filing of certificate of candidacies for the #2019NLE, to October 11-17, 2018, excluding Saturday and Sunday."

"On the last day, there will be no extension of filing hours," Jimenez added.

The House of Representatives lauded the Comelec for acceding to its request for the rescheduling of the filing of COCs.

“We, in the House of Representatives, commend the Comelec for acceding to our request for the rescheduling of the COC filing period. Now, we can buckle down to work and focus on deliberating the priority legislative measures of the President without the distractions of electoral campaign,” said House Majority Leader Rolando Andaya Jr.

The Comelec’s decision to reschedule the filing of COCs came just two days after the House adopted the concurrent resolution filed by Andaya and House Speaker Gloria Macapagal-Arroyo urging the Comelec to reset the filing from October 1 to 5 to October 11 to 17 to allow the members of the Congress to attend to their legislative duties first.

A Senate concurrent resolution, introduced by Senate President Vicente Sotto III, was also adopted at the Senate on Monday, September 10.

Andaya said the House leadership is inclined to reach out to their counterparts in the Senate to discuss ways on how to expedite the passage into law of the priority measures of the President.

“We expect more productive sessions ahead, with the end in view of completing our task before the election campaign period commences in October,” said Andaya.

In local politics, Cebu Governor Hilario Davide III refused to release his lineup for the 2019 elections.

While he admitted there is already an initial lineup, he would not reveal who his runningmate will be.

“We will cross the bridge when it’s done,” said Davide. (Keith A. Calayag/With AZLG/SunStar Philippines)