Pinoys made fewer shopping trips in first half of 2018 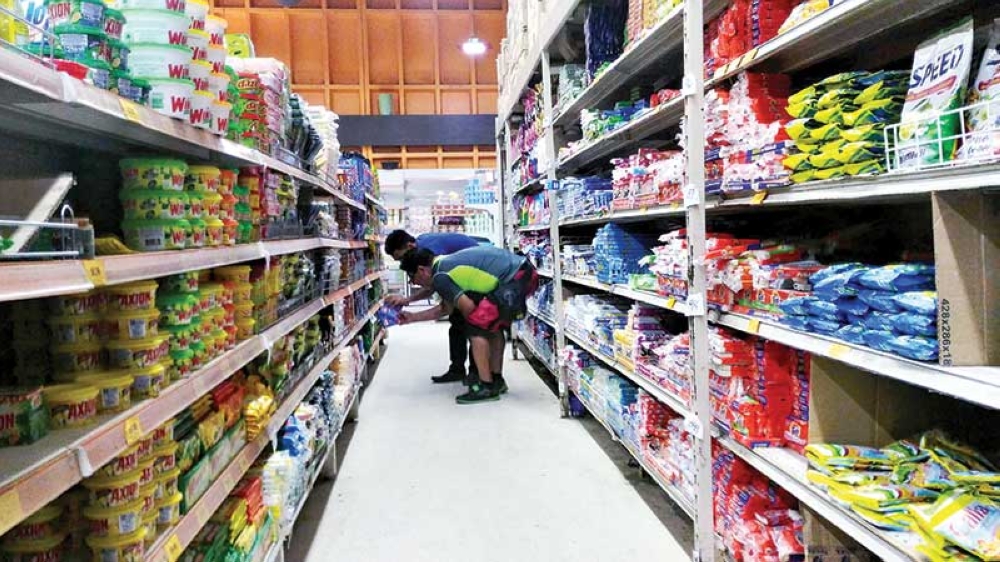 SHOPPERS go through items at a grocery store in Guadalupe, Cebu City. Kantar Worldpanel reports that 53 percent of Filipinos registered fewer shopping trips in the first half of the year from the same period a year ago. (SunStar file photo)

MORE than half of Filipino homes made fewer trips to buy Fast Moving Consumer Goods (FMCG) from January to June 2018 compared to the same period a year ago. This is more apparent among Class D and E households that mainly shop in traditional trade channels across the country, data from Kantar Worldpanel, the global expert in shoppers’ behavior, revealed.

Kantar Worldpanel said 53 percent of Filipinos registered fewer shopping trips in the first half of the year.

Class D and E homes, it added, are shopping six times and five times less in the current semester compared to last year.

Traditional trade, which is made up of sari-sari stores and market stalls are more affected, with consumers shopping four times less. Meanwhile, less than half, at 45 percent, said they planned on adding more trips to either modern or traditional channels for their FMCG needs. A mere two percent retained the same number of trips in 2018 as they did last year.

The average Filipino household went on 183 shopping trips from January to June 2017. But by the first six months of 2018, this number had decreased when Filipino consumers checked in 178 times only to buy packaged consumer goods.

The Philippine FMCG market, based on figures from Kantar Worldpanel, saw growth in the first semester of the year in terms of value sales and volume or the number of liters or kilograms of FMCG products bought. This is evident in the personal and home care categories, which both enjoyed upsizing and bigger volumes bought by local households.

The food sector, being a necessity for all consumers, registered the same number of trips by Filipinos in the first semester of 2018 versus a year ago. They also preferred to allocate a similar basket size for food items amid the increase in prices.

Volume growth was also achieved by the beverage category as homes prioritized basket size over the number of shopping trips. However, it was only water that registered growth in volume purchases, as sugary drinks saw a double-digit price increase.

Sports drinks, softdrinks, chocolate drinks as well as teas and juices in ready-to-drink and powdered formats showed negative numbers in terms of frequency and penetration rates.

Forty-eight percent of lost volumes from powdered juices are due to switching to other beverages, specifically water at 50 percent of said switching losses. The same scenario applied to softdrinks, with nine out of 10 switching volumes lost due to consumers’ preference for water.

“With less trips planned this 2018, FMCG brands must make each shopping visit count for Filipino consumers. And as consumer prices rise, we can see that households are making fewer purchase trips for FMCG. Thus, communicating the right value proposition of our brands will be very critical to stay in their shopping basket as the budget becomes more challenged. For beverages specifically, revisiting healthier options such as water will be crucial in staying afloat,” Ruth Mendoza-Sazon, account director at Kantar Worldpanel, said. (PR)