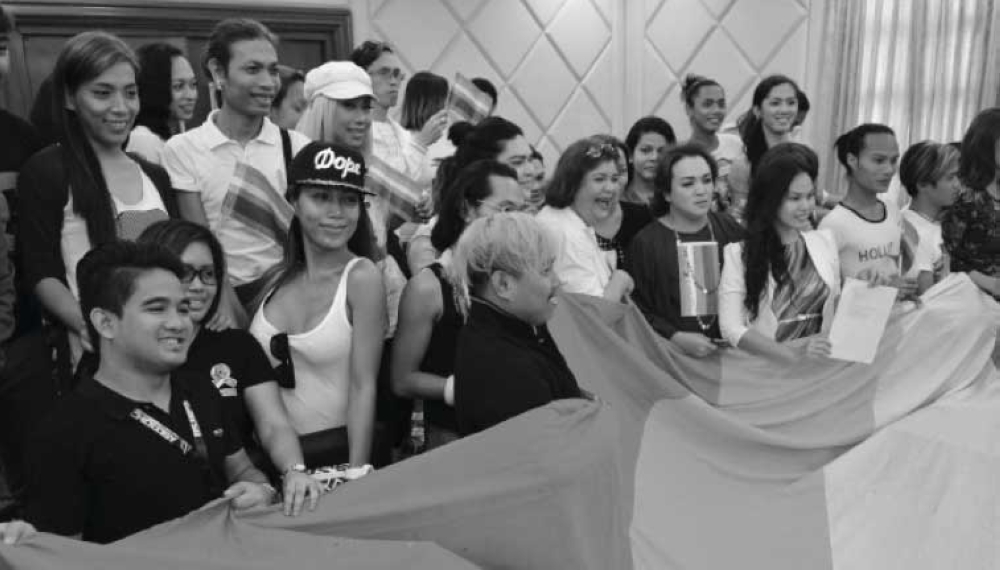 MOST VULNERABLE.  Not just children, women, and men are made vulnerable by disasters. There are many “gendered minorities,” such as members of the lesbian, gay, bisexual, and transgender (LGBT) community, whose needs are not addressed and whose contributions are not considered in post-disaster rehabilitation. (file foto)

IN a country struck regularly by disasters, plans and strategies in disaster risk reduction and management are essential to focus not just on the man-made and natural hazards threatening life and security, but also on the resources and capacities that enable people to avoid, prepare for, survive, and recover from disasters.

The perspective of disaster as a “social event” was noted by Elaine Enarson and Bob Pease in their article on “The gendered terrain of disaster,” which was published in the 2016 book they edited, “Men, Masculinities, and Disaster.”

Disasters are situated in a specific place and context, which also shape the people’s access to resources and capabilities. In considering disaster risk, Enarson and Pease argue that the government, non-government, media, and other stakeholders must assess the “embedded vulnerabilities and power relations” in planning and making decisions addressing development concerns, particularly rehabilitation and reconstruction.

The requirements for rescue, shelter, and recovery are specialized for infants and children, the elderly, persons with disabilities, the poor, and other marginalized groups like internally displaced persons (IDPs).

One of the most critical spheres showing deep inequalities of power among people in their access to resources and capabilities to be resilient in disaster revolves around gender.

Many associate gender with the roles, social expectations, and challenges confronting women and men. Researchers have pointed out that the active participation of grassroots women, activists, academics, and other stakeholders in disaster work has since shifted the approach from one that was gender-neutral to the current approach that looks at the interaction of women, men, and other gender minorities.

The risks and burdens of women surviving disasters have been recognized. For instance, the news media have made prominent the dangers of giving formula milk as relief goods to families in evacuation centres. Given the facility’s lack of clean water and the means to boil water, sterilize bottles, and store safely milk for infants, formula milk donations pose hazards to infants in evacuation centers.

Many areas affecting women’s welfare post-disaster still require prioritization and immediate responses. Enarson and Pease point out the trend that men’s violence against women increases after fires. Women and the families they are forced to head are made economically vulnerable when the men abandon them or leave the site of disaster for waged work, often not sending money for extended periods of time.

In the aftermath of disasters, many children, minors, and women fall victim to human traffickers, as monitored by non-government organizations (NGOs).

As Enarson and Pease pointed out, due to socially imposed expectations and demands, men also reveal different vulnerabilities to disaster risk.

Some studies show there are more male deaths than women in disasters. Due to the dominant masculine stereotype, development aid often overlooks that there are power inequalities among men, with some groups also marginalized by class from having access to resources and capabilities for survival.

There are other gendered minorities whose welfare is not addressed in current disaster relief and rehabilitation activities. A 2017 “Disaster” paper written by J.C. Gaillard, Kristinne Sanz, Benigno C. Balgos, Soledad Natalia M. Dalisay, Andrew Gorman-Murray, Fagalua Smith, and Vaito’a Toelupe and published in the 2017 issue of the “Disasters” journal focused on the plight of the “bakla” in Quezon City who said they were ostracized and harassed in public shelters put up in the wake of the 2009 cyclones.

Yet gays actively help out by doing the work of men and women in post-disaster recovery. Their participation and leadership in community initiatives have yet to be fully tapped, not to mention made visible, in disaster risk programs.