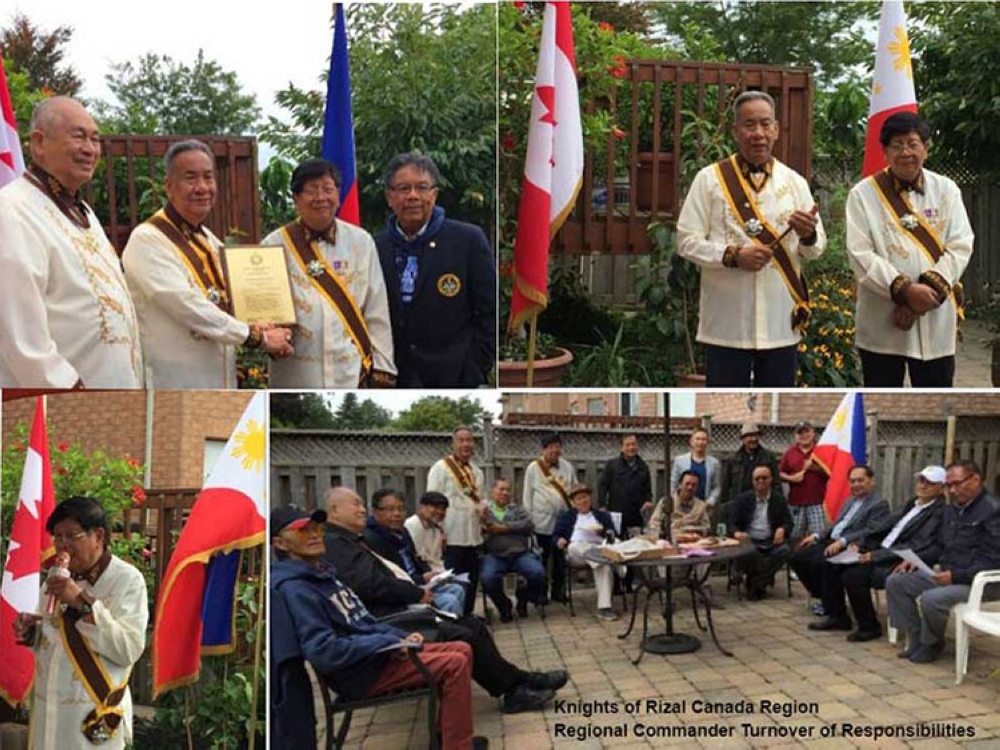 The turnover ceremony was witnessed by three senior advisers of the KOR region, which include George Poblete, KGCR; Lapulapu Canada, KGCR; and Jaime T. Marasigan, KGOR.

The event was attended by other KOR regional council officers, chapter commanders and other members including the Ladies of Rizal.

Prillo presented the finances of the Knights of Rizal Canada Region, and in return, Damasco appealed to all officers, chapter commanders, including members, to strengthen the bond that propelled the KOR Canada Region to its greatest height.

Damasco is the seventh regional commander of the Knights of Rizal, Canada Region.

Meanwhile, the 18th Commanders' Ball of the Knights of Rizal, Canada Region, is slated on November 2, Friday, at the JCs Banquet in 1686 Ellesmere Road, Scarborough, Canada.

For more information, get in touch with Damasco at jdamasco@rogers.com, via telephone number (416) 717-3461, or look for Joe Damasco on Facebook. (PR)