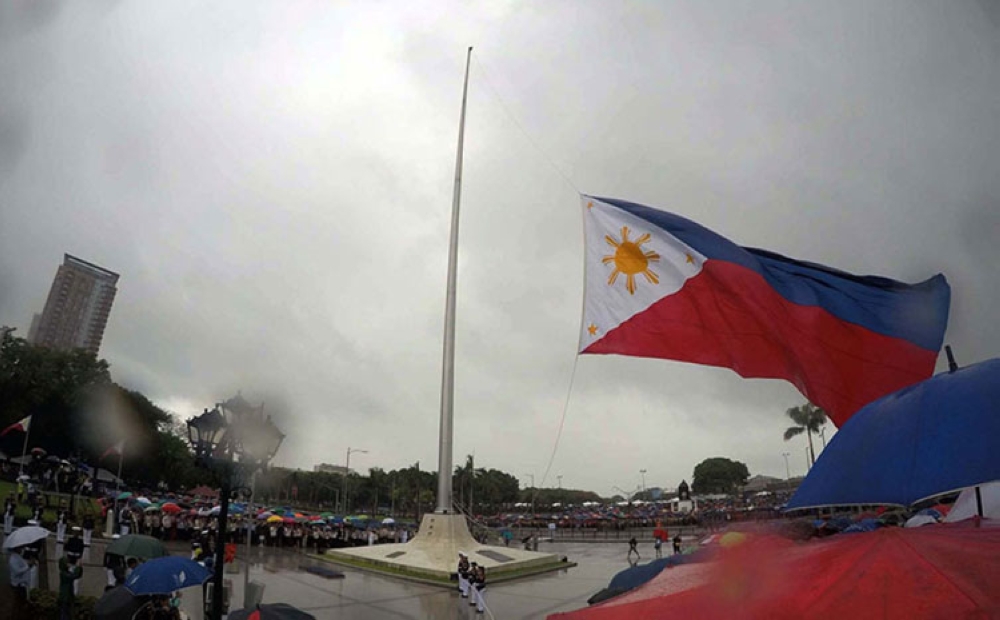 CEBU. The Republic Act No. 8491 or the Flag and Heraldic Code of the Philippines states that reverence and respect shall at all times be accorded the flag, the anthem and other national symbols. Officials of San Fernando now want the bus drivers speeding off during a flag ceremony punished for violating this Code. (SunStar File)

THE Municipal Government of San Fernando, Cebu, is planning to file charges against two bus drivers after allegedly speeding off while the town officials were holding a flag raising ceremony last Monday, September 17.

San Fernando officials led by Mayor Lakambini Reluya said the two bus drivers, who are driving for Britt Bus Liners, could be charged with violation of Republic Act 8491, or the Flag and Heraldic Code, for disrespecting the Philippine flag.

Traffic enforcers Fedelito Opada and Pepito Tangaro, who were assigned to manage traffic at the area near the municipal hall, then signalled to vehicles passing by the highway to stop while the Philippine national anthem was sung.

But while the Philippine national anthem was being sung, two buses driven by Arnel Maning and another unidentified driver defied the traffic enforcers’ signal, suddenly counterflowed to the opposite lane, and sped toward Cebu City.

Taping said Opada and Tangaro were almost hit by the two speeding buses but luckily was able to evade immediately.

Following the incident, Taping was ordered by Mayor Reluya to report the matter to the local police.

They also coordinated with Capitol traffic management focal person and Cebu South Bus Terminal (CSBT) head Jonathan Tumulak to locate the two drivers, who were driving the buses with the body numbers F8 and F9.

In a separate interview, Ricardo Reluya, the mayor’s husband and current Association of Barangay Councils (ABC) president, told SunStar Cebu that they were told by Tumulak that he was able to locate the two drivers and have asked them to issue a public apology.

The two drivers were also suspended by their operator for their antics and have been prevented by Tumulak to enter the CSBT until such time they are able to serve their penalty, Reluya said.

But Reluya is determined that the municipality will not allow such antics to continue.

Earlier this month, police operatives of Lemery town in Batangas arrested 34 moviegoers for refusing to stand up when “Lupang Hinirang” was sung during a movie screening.

The Flag and Heraldic Code states that "when the national anthem is played at a public gathering, whether by a band or by singing or both, or reproduced by any means, the attending public shall sing the anthem. The singing must be done with fervor.”

Violating that particular provision could land a person a year in prison or pay a fine of P5,000 to P20,000. (JKV)